TEHRAN (Tasnim) - Amnesty International called for a full and impartial investigation into the bloodshed in Egypt, saying the authorities' response to the protests has been "grossly disproportionate."

The London-based human rights organization also appealed for United Nations experts to be allowed to investigate the crackdown.

In Cairo, Egyptian police arrested 1004 alleged supporters of the Muslim Brotherhood throughout a day of nationwide deadly clashes, the interior ministry said in a statement early Saturday, August 17.

"The number of Muslim Brotherhood elements arrested reached 1004," the statement said, including 558 in Cairo alone.

The clashes on Friday killed more than 80 people, according to officials and witnesses in makeshift morgues, AFP reported.

Backers of Egypt's ousted president Mohamed Mursi have pledged to stage daily demonstrations, as security forces besieged a Cairo mosque full of Islamist protesters after a day of clashes on Friday that left more than 80 dead.

Egypt is reeling from the deaths of 578 people on Wednesday when police cleared protest camps set up by loyalists of the deposed Islamist leader.

Amnesty claimed the security forces had used "unwarranted lethal force" and broken pledges to allow the wounded to exit safely, based on its research on the ground.

"Based on the initial testimonies and other evidence we've gathered, there seems to be little doubt the security forces have been acting with blatant disregard for human life, and full investigations that are both impartial and independent are urgently needed," said Philip Luther, Amnesty's Middle East and North Africa programme director.

"While some protesters used violence, the authorities' response was grossly disproportionate, seemingly not differentiating between violent and non-violent protesters. Bystanders were also caught-up in the violence," he added.

Security forces used lethal force "when it was not strictly necessary," he said, adding that was a "clear violation of international law and standards."

"Previous promises to use graduated force when dispersing the sit-ins and provide ample warning and safe exits were quickly broken," the organization said. 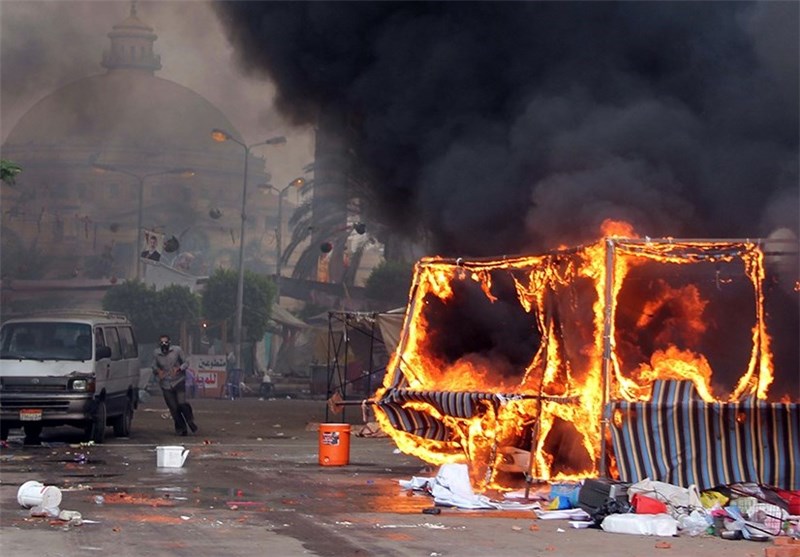 Russia, US Halt Inspections under New START Due to Coronavirus Outbreak: Expert

North Korea Fires More Missiles than Ever amid Coronavirus Outbreak

UK's Johnson Warns on Coronavirus: Things to Get Worse

UK's Johnson Warns on Coronavirus: Things to Get Worse

North Korea Fires More Missiles than Ever amid Coronavirus Outbreak

Russia, US Halt Inspections under New START Due to Coronavirus Outbreak: Expert