TEHRAN (Tasnim) – A senior Bahraini activist lauded massive participation of the Bahraini nation in Friday rallies, and stressed that the people have changed the equations in their favor.

“With their high presence in these rallies the people disrupted the entire plans of the security forces and changed the equations in their own favor,” Secretary General of Bahrain’s Al-Wifaq Party Sheikh Ali Salman was quoted as saying by the Voice of Manama (VOM).

He said the people’s presence at the landslide Friday rallies was a sign of their might in embracing victory and harbingering democracy in Bahrain.

Salman further noted that regime's "policies of intimidating the people and generating insecurity" cannot block the path of the Bahraini people’s revolution.

Sheikh Salman meanwhile praised the people’s Friday rallies for their peaceful nature and stated that the issue showed that Bahraini nation is an civilized nation.

Thousands of Bahraini protesters took to the streets outside the capital, Manama, on Friday to voice their opposition to new ban on protests and continued suppression of peaceful rallies by Al Khalifa regime. 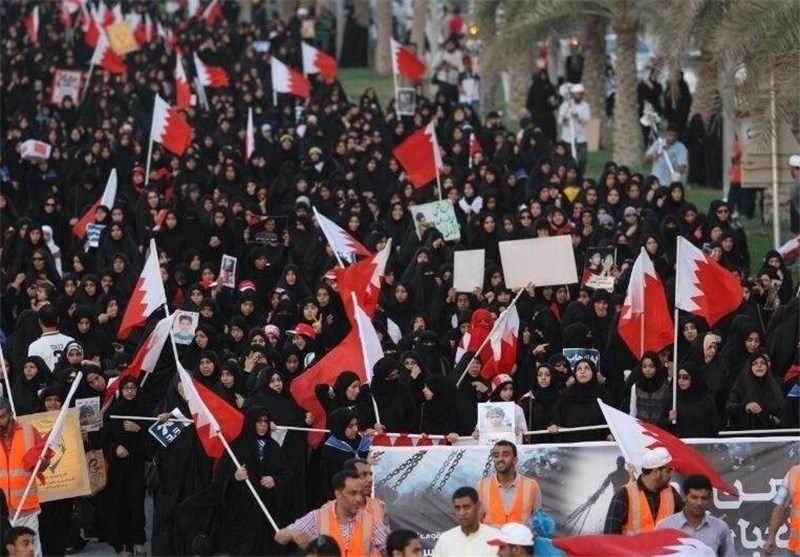 The rallies were organized by the country’s main opposition parties and took place west of the capital.

The rallies came 10 days after police cracked down on protests organized by an online group inspired by recent demonstrations in Egypt.

The Al Khalifa regime has said it will not allow any protest rallies to be held in Manama and other regions.