TEHRAN (Tasnim) – It doesn’t pay to underestimate a jellyfish. They may not look like the most athletic swimmers, but they’re remarkably efficient -- and their body plan could have advantages that translate to the air, too.

A team from New York University has designed a flying jellyfish-like robot that uses four flapping wings to stay aloft.

This unconventional robot, described at the APS Division of Fluid Dynamics Meeting in Pittsburgh, could lead the way for flying mini-robots used in search-and-rescue and military operations and even as environmental sensors.

Engineers are trying to build all sorts of robots based on the wing motions of such animals as birds, bats, hummingbirds and butterflies. Those working on the smallest robots tend to use more insect-like designs, given that the bugs have already mastered flight mechanisms on a tiny scale.

But the vast majority of flying insects rely on the same mechanism, with the same weaknesses: wings that sweep back and forth in a sort of S-shape. (Only a few critters, including dragonflies, move their wings in the relatively simple up-down motion that many people expect.)

Such designs are “a great place to start in terms of building a flying machine,” said lead author Leif Ristroph, an applied mathematician at New York University. “But there are some technical problems with it.” 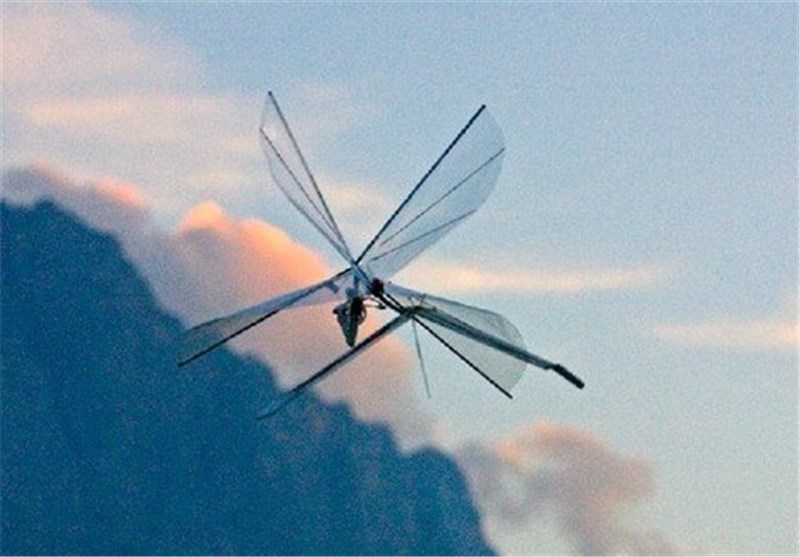 Bugs with flapping wings have to spend a lot of time dealing with a violent environment, sensing every gust of wind and then adjusting accordingly. It takes a lot of work, and it's inherently unstable. The researchers wanted to build something that can be built small, but simply, and still remain stable in the air without too much thinking.

“I wanted to think of something very different,” Ristroph said. “So I actually tried about five or 10 different schemes, all of which failed except this one.”

The research, he joked, was “more perspiration” than inspiration.

The jellyfish, in some ways, appears ideal for this task: It’s a very simple creature, lacking a brain or bones (and the complex joints that come with them). And the design works on large and small scales: The Lion’s Mane jellyfish can exceed 7 feet in diameter and the Irukandji jellyfish can be just a few millimeters wide.

The scientists’ flapping-wing robot spans 8 centimeters and weighs just 2 grams. With four petal-like wings that flap up and down, it may move more like a moth than a jellyfish, given that jellies squeeze water out of smooth, unbroken bells.

And while this robotic flying jelly still has to be attached to a power source and can’t yet be steered, this prototype shows that such a design can indeed work, perhaps for more sophisticated flying machines and on much smaller scales.

The design could be useful for the military, Ristroph said, though he was more excited about civilian applications. Theoretically, he said, a bunch of mini flying jellies could be tossed into the air from a building and float around as environmental sensors, taking data and adjusting their position when necessary.

"It's an excellent example of bio-inspired engineering," said Caltech professor John Dabiri, who studies the jellyfish’s swimming secrets and attended the talk at the American Physical Society’s Division of Fluid Dynamics Meeting in Pittsburgh.

“The final product doesn't copy the jellyfish body design, but it does achieve a similarly stable motion,” Dabiri added. “Although it doesn't look like the jellyfish that inspired it, I'm sure they would be proud.”