Japan Wants to Turn Moon into a Giant Power Plant

TEHRAN (Tasnim) – Shimizu Corporation, a Japanese architecture and engineering firm, has a plan to effectively turn the moon into a giant solar power plant, reported Inhabitant.

It proposes building a massive collection of solar panels (a "Luna Ring") 6,800 miles long by 12 miles wide on the moon's surface. That's certainly a heavy-duty construction job for human beings, so Shimizu plans to get the work done with robots, only involving humans in supervisory roles.

Once complete, this hypothetical plant could continuously send energy to "receiving stations" around the globe by way of lasers and microwave transmission.

This idea gets around two major hurdles for solar power, as there is no weather or darkness to curb electricity production on the moon. If operating in ship-shape, Shimizu says it could continuously send 13,000 terawatts of power back to Earth. By comparison, it took the United States all of 2011 to generate 4,100 terawatts of power.

Its big thinking that if we're skeptical will ever see fruition, but we like where Shimizu's coming from.

It believes that "virtually inexhaustible, non-polluting solar energy is the ultimate source of green energy that brings prosperity to nature as well as our lives. Shimizu Corporation proposes the Luna Ring for the infinite coexistence of mankind and the Earth." 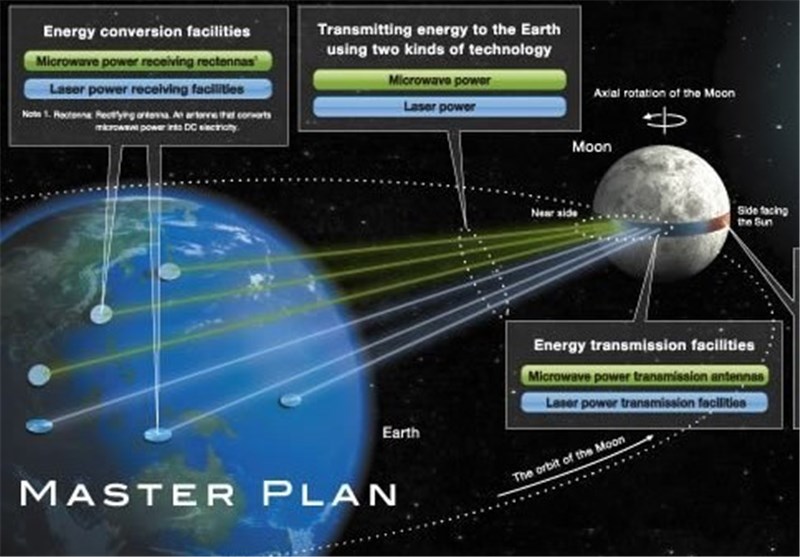 Scientists Calculate How Longer You Can Live with Healthy Lifestyle

Hezbollah Official Raps US as Source of Lebanon’s Problems