TEHRAN (Tasnim) – Prominent Bahraini opposition figures said a vast majority of political groups inside or outside the country have decided to boycott the upcoming parliamentary elections and plan to hold popular referendum despite the Al Khalifa’s crackdown.

“Almost the entire revolutionary and political groups inside and outside Bahrain have an agreement on boycotting elections,” the deputy secretary general of Bahrain’s Islamic Action Society (Al Amal), Sheikh Abdullah Saleh, said in joint press conference of Bahraini opposition groups, held in Tehran on Thursday.

The news conference, which also included Rashed al-Rashed, a leader of Bahrain’s February 14 movement, was organized by Tasnim at the 20th Press and News Agencies Exhibition. 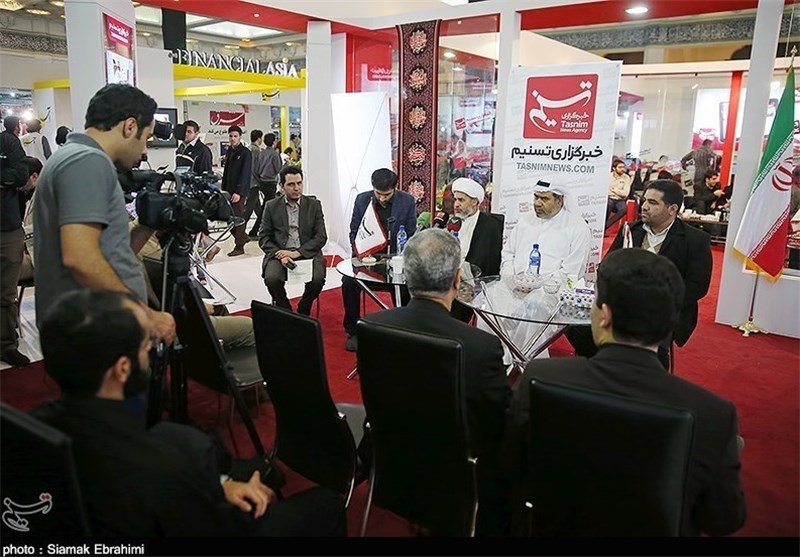 Elsewhere in his comments, Saleh said the decision to boycott the polls has caused great stress for the Bahraini rulers, and noted, “The election is to depict a democratic image of Bahrain, while there is no democracy in Bahrain at all.”

He also unveiled plans for a referendum on the fate of the ruling family, saying the Al Khalifa has intensified crackdown on those who encourage people to attend the independent referendum and boycott the state-run elections.

The activist also called on the whole Islamic and Arab states, the international organizations and the Persian Gulf Cooperation Council (PGCC) to help the Bahraini nation hold the referendum.

People of Bahrain have held protests across the country calling for the boycott of the parliamentary elections, due to be held this month.

The polls will be the first since protests broke out in the Arab country more than three years ago.

Since mid-February 2011, thousands of protesters have held numerous demonstrations in the streets of Bahrain, calling on the Al Khalifa royal family to step down from power. The protesters have also slammed the Manama regime’s arrest and torture of political activists.

Many Bahrainis have been killed and hundreds injured and arrested in the ongoing crackdown on peaceful demonstrations.