MCLEAN (Tasnim) – Anti-war activists staged demonstrations in the US state of Virginia to demand the closure of the US military prison at Guantanamo.

Accoring to Tasnim dispatches, activists from CODEPINK and other anti-war groups gathered in front of the former US vice president Dick Cheney’s Virginia home and outside the home of CIA Director John Brennan, condemning torture and calling for the Guantanamo Bay detention facility to be shut down. 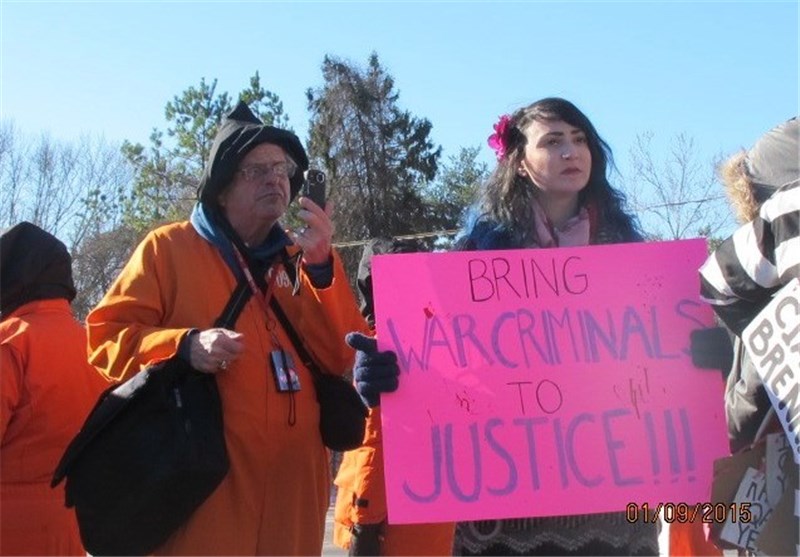 The demonstrations were held on the anniversary of the opening of the Guantanamo prison.

Tens of detainees are still held at Guantanamo, most of them without charge or trial.

The first detainees were brought there 12 years ago after being captured during America’s so-called War on Terror.

Human rights groups have slammed the continued operation of Guantanamo prison as an example of US’s double standard on human rights. 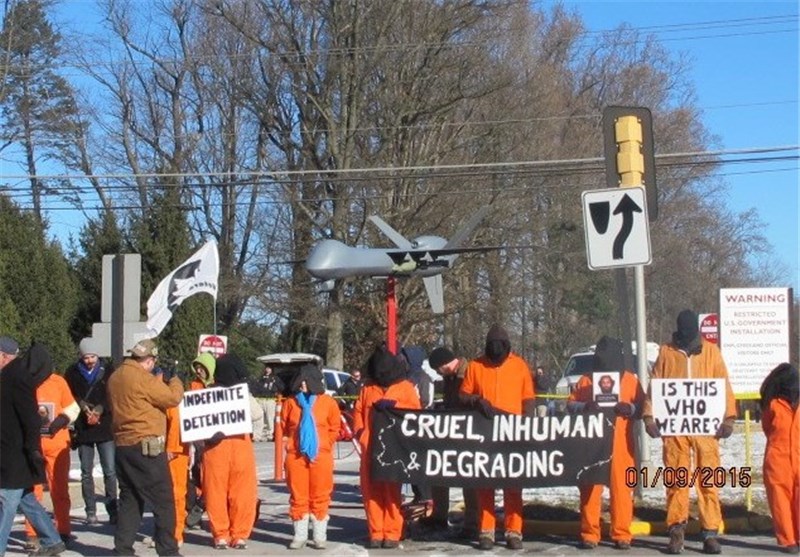 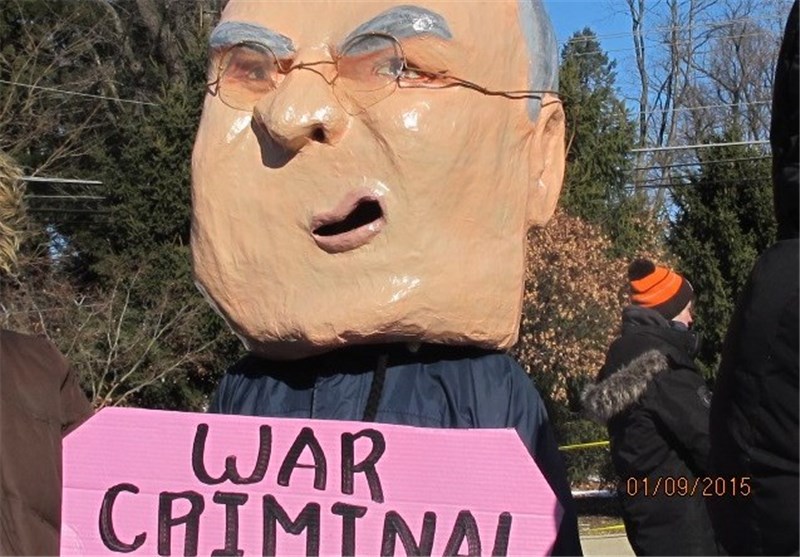 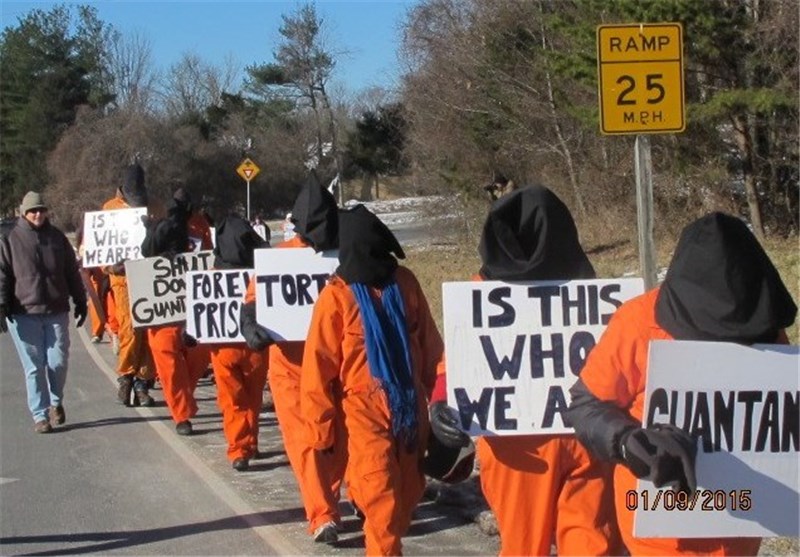 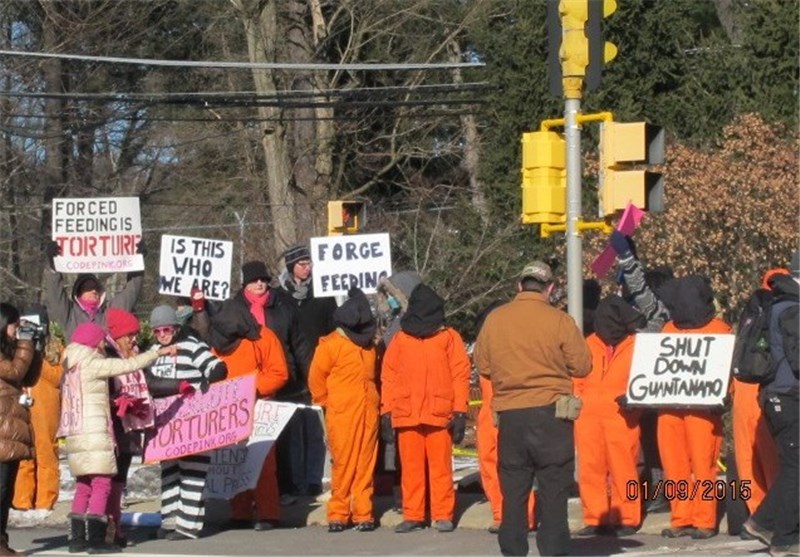 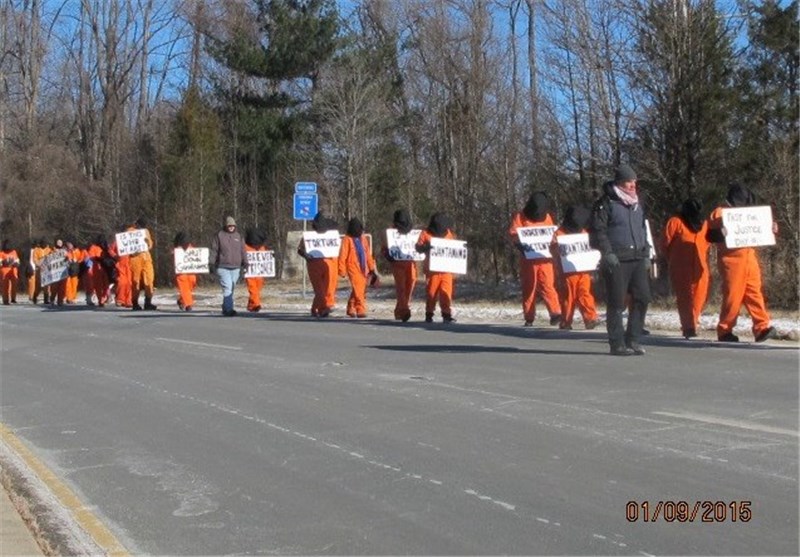 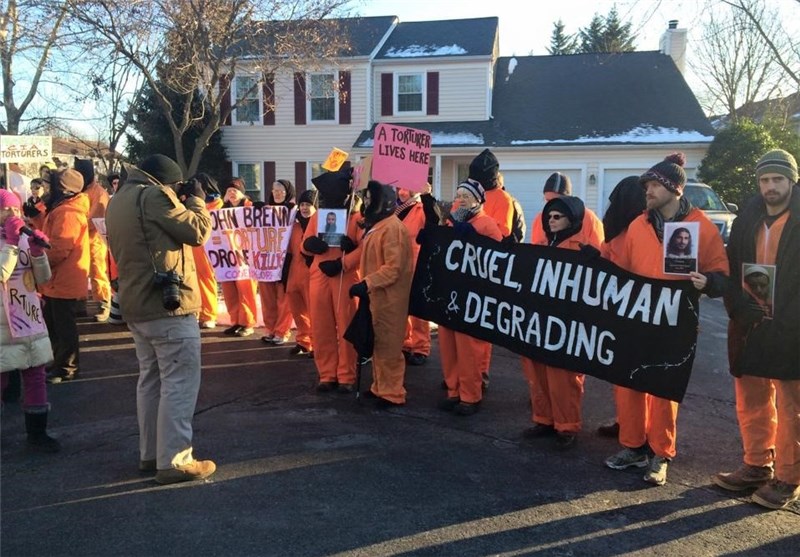 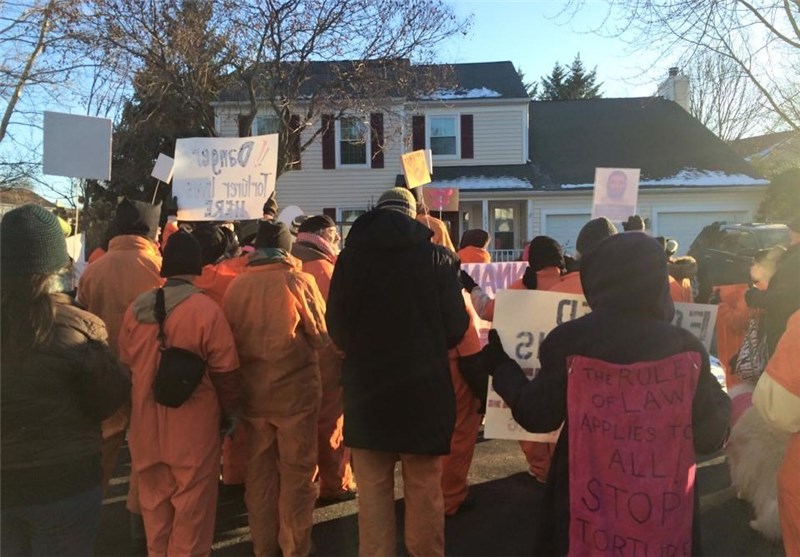 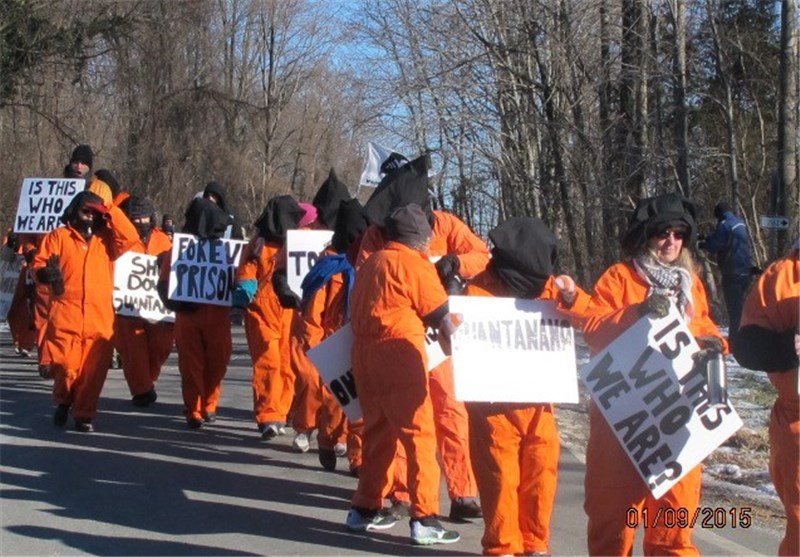 US Sends 5 Guantanamo Prisoners to Kazakhstan for Resettlement

US Sends 5 Guantanamo Prisoners to Kazakhstan for Resettlement