Leader: US Senators’ Letter Reveals Collapse of US Political Ethics

TEHRAN (Tasnim)- Leader of the Islamic Revolution Ayatollah Seyyed Ali Khamenei has slammed US senators’ letter against a possible deal over Iran’s nuclear program saying it reveals the "collapse of US political ethics."

“The American senators’ letter signifies the collapse of political ethics in the US,” Ayatollah Khamenei said in a meeting with the chairman and members of the Assembly of Experts on Thursday.

The leader’s remarks came a few days after a group of 47 Republican senators wrote an open letter to the Iranian government, warning them that any nuclear deal they sign with US President Barack Obama's administration won’t last after Obama leaves office. 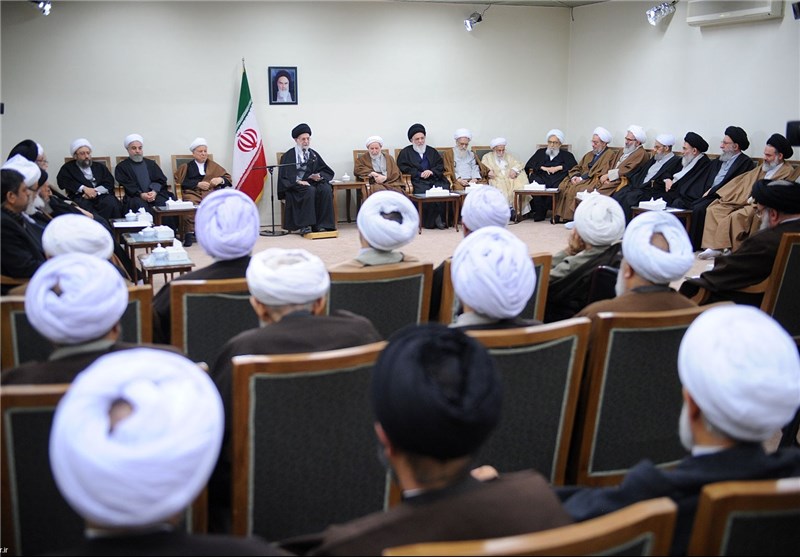 Ayatollah Khamenei said under international rules, governments remain committed to their obligations and do not violate them after changes in their administrations.

“In the letter, they (the Republican senators) have said they want to teach their rules to Iran,” Imam Khamenei said, “We do not need to learn from them.”

The leader went on to say that in case of a final nuclear deal, the Iranian officials know how to act to prevent the US from “holding the Islamic Republic back”.

Imam Khamenei reiterated his support for the Iranian negotiating team in talks with six world powers over Tehran's nuclear program describing Iranian nuclear negotiators as “reliable and sympathetic individuals who are trying to secure the country's interests.”

Ayatollah Khamenei also expressed concern about the “ploys” of the other side and said whenever the deadline for nuclear talks draws closer, they, particularly the Americans, toughen their tone.

Iran and the Group 5+1 (Russia, China, the US, Britain, France and Germany) are in talks to hammer out a final agreement to end more than a decade of impasse over Tehran’s peaceful nuclear program.

Elsewhere in his remarks, Imam Khamenei slammed the US support for the Islamic State in Iraq and the Levant (ISIL) terrorist group, saying that the US and its allies have created “the most evil terrorists”, which are ISIL militants.

ISIL, a Takfiri group in Iraq and Syria, is believed to be supported by the West and some regional Arab countries.

The terrorist group claims as an independent state the territory of Iraq and Syria, with implied future claims intended over more of the Levant, including Lebanon, occupied Palestine, Jordan, Cyprus, and Southern Turkey.