LAUSANNE (Tasnim) – Foreign ministers of Iran, Russia, China, the US, Britain, France and Germany wrapped up a plenary meeting in Lausanne on Monday morning in a final push for a preliminary framework accord on Tehran’s nuclear program with an end-March deadline looming.

According to Tasnim dispatches, the ministerial session lasted for roughly one and half hours as the marathon negotiations in the Swiss city are reaching a climax. 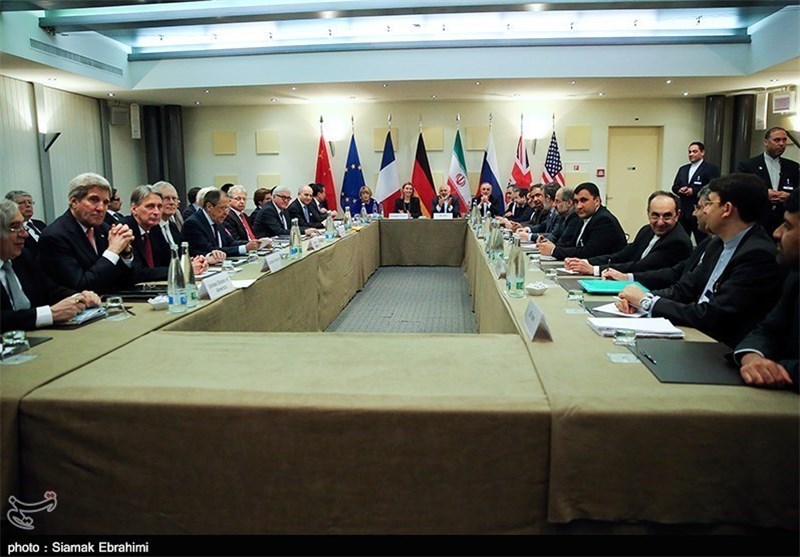 The parties have been working to agree on a preliminary framework accord by the end of March, to be followed by a comprehensive deal by June 30 that includes all technical details.

The long-awaited comprehensive deal aims to end more than a decade of impasse over Tehran's civilian nuclear activities.