US Must Investigate Bush in CIA Torture: HRW

In a scathing report, the New York-based international rights group decried the lack of prosecutions of those involved in the Central Intelligence Agency's secret program to torture detainees in the wake of the September 11, 2001 terrorist attacks, AFP reported on Wednesday.

"While the program officially ended in 2009, the cover-up of these crimes appears to be ongoing," said the report, which argues there is enough evidence for the attorney general to order criminal probes.

Kenneth Roth, HRW's executive director, blasted Obama for his administration's failure to act, as the report was presented in Washington.

"Without criminal investigations, which would remove torture as a policy option, Obama's legacy will forever be poisoned," he said.

In the years following 9/11 terrorist attack, the CIA "rendered" suspects to several countries where torture was tolerated and kept them locked up in secret prisons.

"Suspects basically disappeared and were subject to horrible brutality," Roth said. "Yet the Obama administration still has refused to act, to prosecute the senior officials who ordered or authorized the torture."

The 153-page report outlines evidence to support the main criminal charges that could be brought against those behind what so-called "enhanced interrogation" techniques, and challenges claims that prosecutions are impossible.

"US officials who created, authorized and implemented the CIA program should be among those investigated for conspiracy to torture as well as other crimes," the report summary states.

In addition to members of the Bush administration, the report says James Mitchell and Bruce Jessen -- who devised the torture program under a CIA contract -- should also be investigated.

The American Civil Liberties Union in October sued the two psychologists on behalf of a group of former prisoners from the early days of America's "war on terror."

The CIA's use of torture was detailed in an explosive Senate report released a year ago that describes the agency's interrogation of Al-Qaeda suspects, including beatings, "rectal rehydration" and sleep deprivation.

"Many detainees were held by the CIA in pitch-dark windowless cells, chained to walls, naked or diapered, for weeks or months at a time," recalled the HRW report.

"The CIA forced them into painful stress positions that made it impossible for them to lie down or sleep for days, to the point where many hallucinated or begged to be killed to end their misery," it said.

The level of mistreatment was more brutal than had been previously acknowledged -- and did not produce useful intelligence.
"It's been a year since the Senate torture report, and still the Obama administration has not opened new criminal investigations into CIA torture," Roth said.

Human Rights Watch said that although much of the abuse took place a decade or more ago, it would still be open to prosecution.
Under the UN Convention against Torture, ratified by the United States in 1988, governments are meant to investigate allegations of torture. 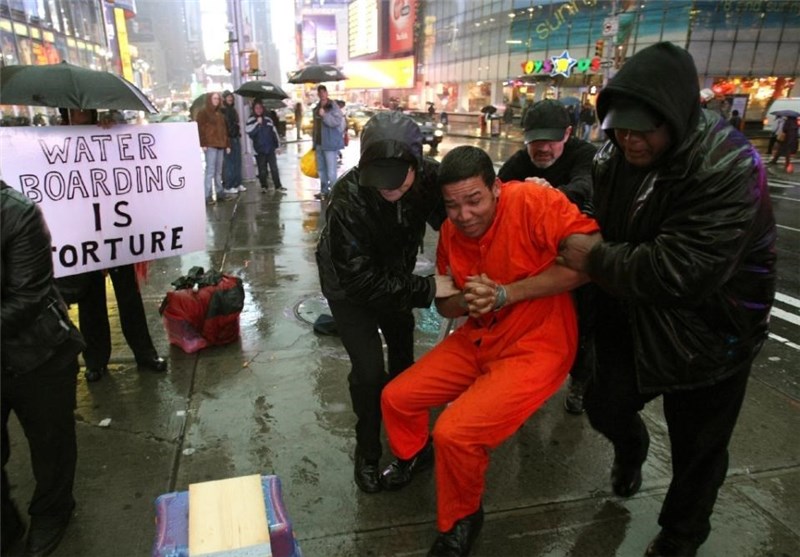 "The failure to investigate and prosecute CIA torture increases the danger that some future president will authorize similar illegal interrogation methods in response to an inevitable serious security threat," the group said.

Roth said the United States cannot tell other countries to follow "the rule of law if they won't apply that same rule at home."

Republican presidential hopeful Donald Trump recently called for the return of waterboarding, a simulated drowning interrogation technique widely denounced as torture, saying it was "peanuts" compared to what the ISIL (Daesh) group is doing.

Several Injured in Stabbing Attack on Churchgoers in Moscow

Another 70 People Test Positive for Coronavirus on Ship in Japan