TEHRAN (Tasnim) – Five people were injured when a pipe bomb exploded on an overpass near an Istanbul metro station, the district mayor said, halting some train operations and heightening security fears in the country.

Another broadcaster earlier reported that one person had been killed but Aydiner confirmed only five injuries.

Grainy CCTV footage showed a large flash of light on the overpass followed by what appeared to be burning embers showering to the ground as cars drove below. 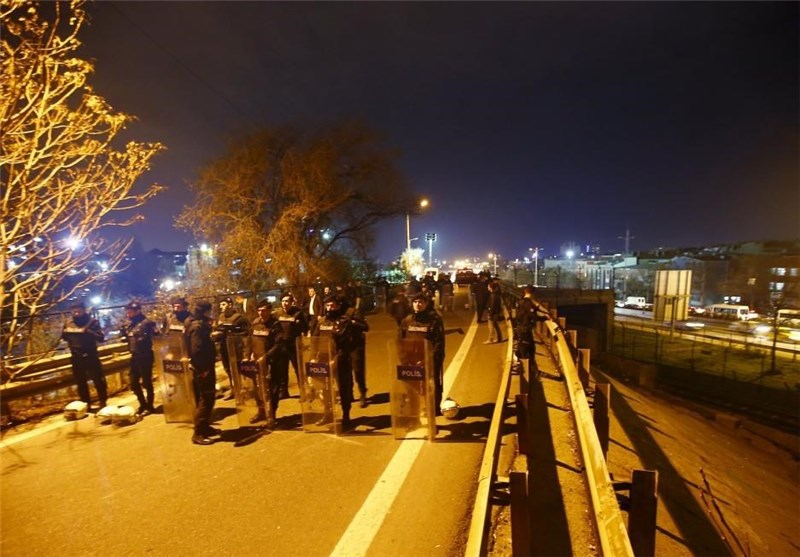 Photographs on social media showed what appeared to be dozens of people walking alongside overground train tracks after trains had been halted.

Tuesday's blast was much smaller than the ones in Ankara and the town of Suruc near the Syrian border, which are believed to have been carried out by Daesh (ISIL) terrorists.

Turkey has been on high alert since more than 100 people were killed by two suicide bombers in the capital Ankara in October, three months after a similar attack at a town near the Syrian border in July left 33 dead.

Somali Militants Kill 12 Soldiers in Attack on Base

US Sanctions Not to Affect Russia-Venezuela Relations: Kremlin

Sanders Hopes Early Strength Will Prove He Can Beat Trump

US Attorney General Said to Have Considered Resigning over Trump Tweets

Sanders Hopes Early Strength Will Prove He Can Beat Trump