TEHRAN (Tasnim) – Thousands of protesters gathered in central London in an effort to stop Britain joining airstrikes on ISIL (Daesh) targets in Syria, a day before a parliamentary vote on the move.

A crowd of around 4,000 marched from parliament to the headquarters of the ruling Conservative party and main opposition Labour Party nearby, in the second major London protest on the issue in four days, AFP reported.

"We're here to say one simple thing: 'Don't bomb Syria. Don't do what you did in 2001, 2003 and 2011'," the Stop the War Coalition protest movement's Lindsey German told the crowd, referring to British involvement in wars in Afghanistan, Iraq and Libya.

"Don't go and bomb a country where me make the war even worse."

Parliament looks set to vote in favor of joining the bombing campaign against the Daesh Takfiri terrorist in Syria on Wednesday, paving the way for sorties by British jets to start within days.

In an opinion piece in Britain's Guardian newspaper late on Tuesday, Corbyn accused Cameron of having a "bomb first, talk later" strategy. 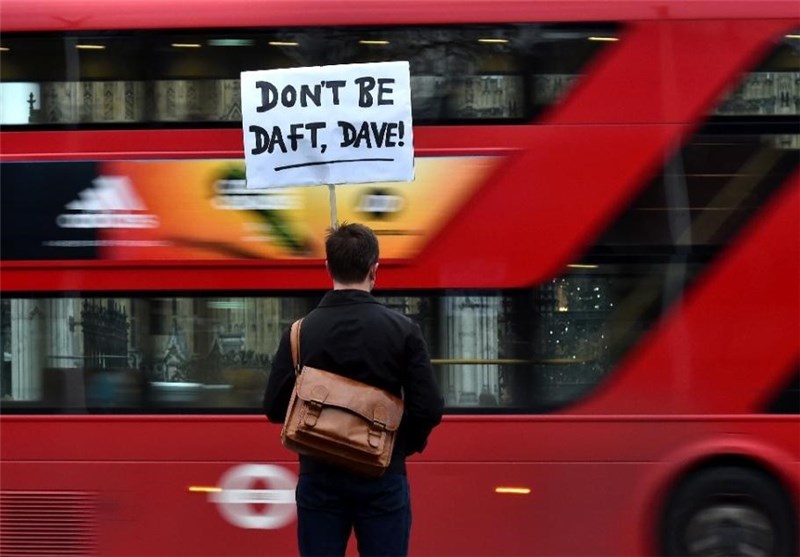 The prime minister insists military action is needed to prevent attacks in Britain like those in Paris last month, when terrorists killed 130 people, but many experts, lawmakers and members of the public remain skeptical.

A poll in Britain's The Times newspaper by pollster YouGov to be published on Wednesday found that less than half of Britons, at 48 percent, supported Syria strikes, compared to 59 percent last week.

"It will kill Syrians -- the only way to stop ISIS (Daesh) is to cut off their funding and their weapons... My heart cries for the Syrian people," said protester Jenny Eyeles, 65.

Demonstrators chanted "Don't bomb Syria, no more wars" and carried placards with messages including "Stop the fear, stop the hate, stop the war", echoing another 5,000-strong protest that was held in London on Saturday. 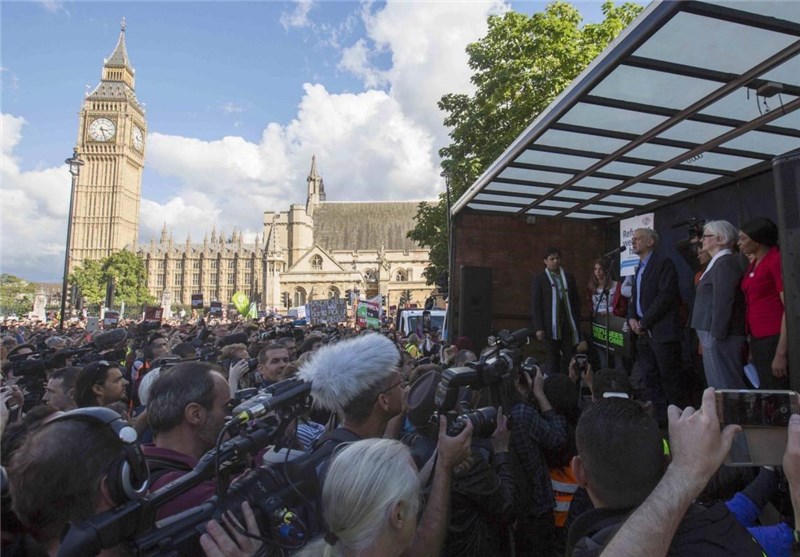 Cameron is keen to join France and the United States in purportedly bombing ISIL targets in Syria, but has held off a vote for months after he was humiliated in 2013 when parliament rejected British military action against Syrian President Bashar al-Assad.

Underscoring divisions over the move, parliament's foreign affairs committee on Tuesday said Cameron had "not adequately addressed" its concerns on Syria airstrikes.

The committee has questioned the legality of the move, its effectiveness in the absence of reliable allies on the ground and its usefulness in the context of finding a diplomatic solution to Syria's civil war.

Thousands Rally in London against War in Syria

Italy Clamps Down on Travel after Virus Deaths