Most of EU, US Citizens Believe They Have No Say in Foreign Policy: Poll

TEHRAN (Tasnim) - A majority of people in Europe do not believe they have any influence on their country's foreign policy, while in the United States opinions on the subject are split, a new survey conducted by Populus for Sputnik revealed Thursday.

The poll found that 57 percent of those polled in Western Europe and 60 percent in Eastern Europe said they had no influence on their country’s foreign policy, while 35 percent and 36 percent respectively believed they held some or much leverage.

Bulgarians were the least optimistic, with 83 percent saying they had no say in Bulgaria’s foreign relations, followed by 65 percent in Germany and 63 percent in Poland. In Britain, those skeptical about having an influence on UK foreign policy stood at 55 percent, while the Czech republic brought up the rear with 46 percent.

Respondents in the United States appeared to be divided over the degree of leverage they had over the US government in terms of external affairs. Forty-one percent said they believed they had no say in the matter, while 38 percent said they had little influence. Further 14 percent described their leverage on US foreign affairs as significant.

The survey was carried out from September 25 to October 15, with 1,000 people polled in each of the eight countries surveyed – the United States, Britain, Germany, France, Bulgaria, Hungary, Poland and the Czech Republic. 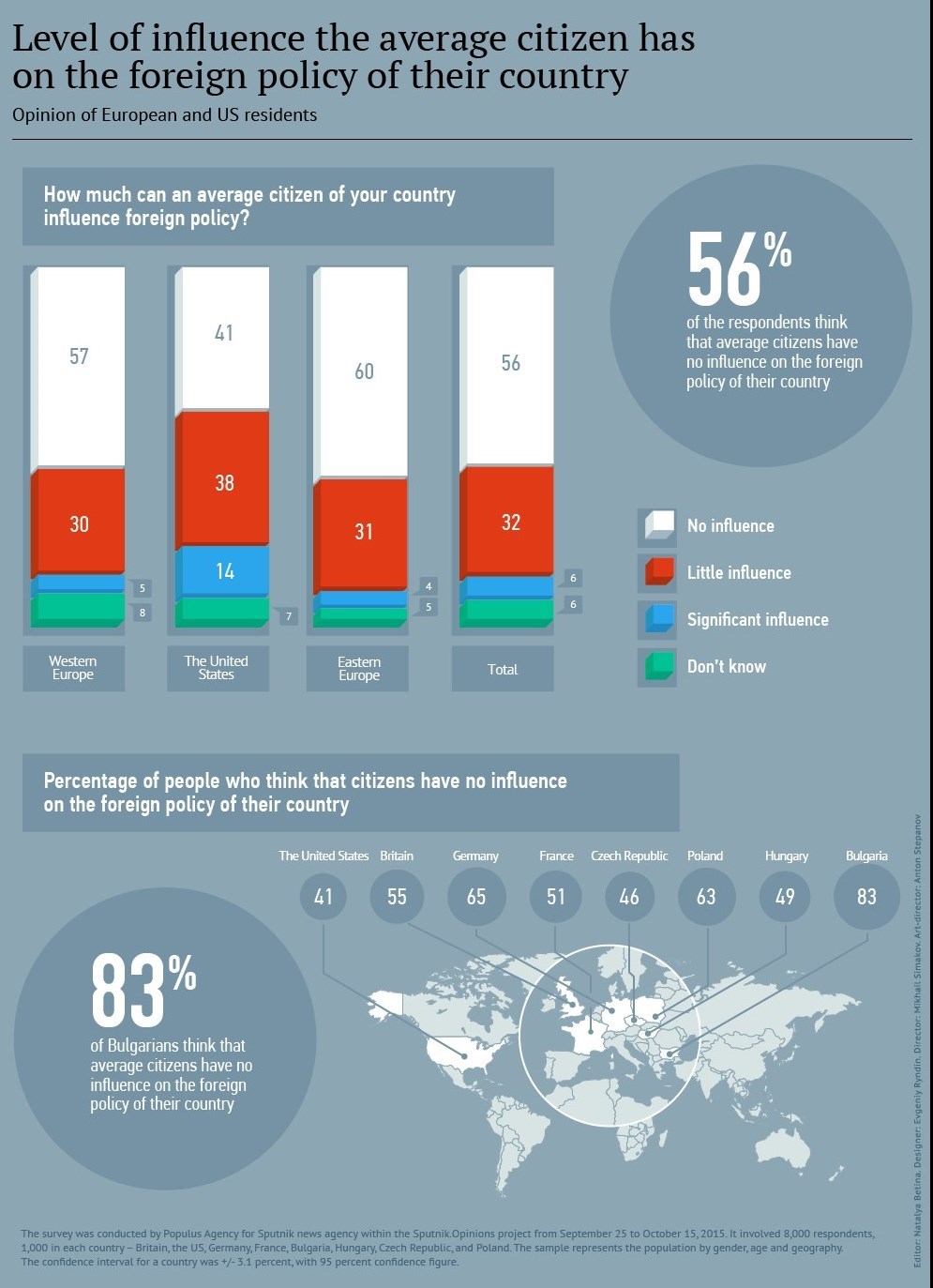 Unity Government to Be Formed in South Sudan by Saturday Deadline

Iranians Cast Votes in Parliamentary Elections amid US Animosity