TEHRAN (Tasnim) – Dozens of Bahraini citizens and peace activists staged a protest in front of the Arab country’s embassy in the German capital to commemorate the Bahraini martyrs killed at the hands of the ruling Al Khalifa regime.

During the demonstration in Berlin on Friday, the protesters chanted anti-regime slogans and called for prosecution of those behind the killings of dissidents.

Bahrain, a close ally of the US in the Persian Gulf region, has been witnessing almost daily protests against the Al Khalifa dynasty since early 2011, with Manama using heavy-handed measures in an attempt to crush the demonstrations.

Scores of Bahrainis have been killed and hundreds of others injured and arrested in the ongoing crackdown on the peaceful demonstrations.

Bahraini opposition groups have unanimously called for the release of all the jailed political dissidents, stressing that only a political solution, and not the use of force, would end the political crisis in the Persian Gulf state. 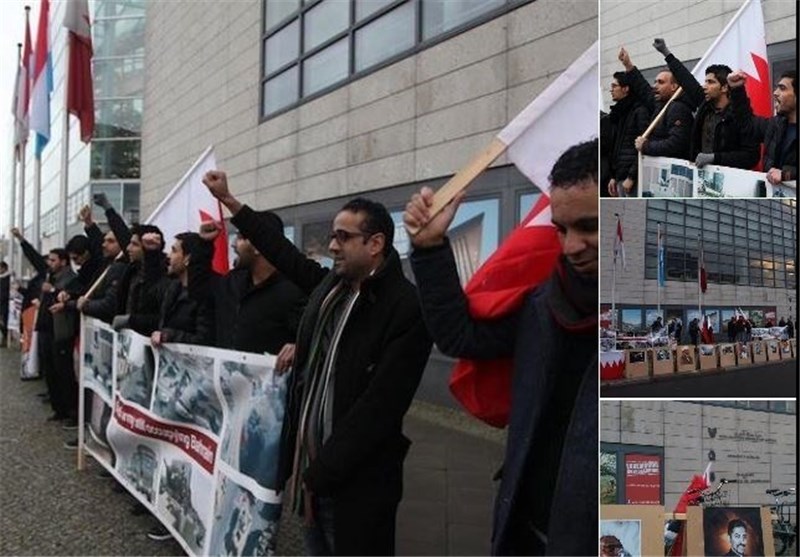