TEHRAN (Tasnim) – Leader of the Islamic Revolution Ayatollah Seyed Ali Khamenei underlined Iran’s commitment to providing unwavering support for Palestine, stressing that this approach is not confined to a specific period of time.

Ayatollah Khamenei in a meeting on Sunday with Ramadan Abdullah, the head of the Palestinian Islamic Jihad movement, and his accompanying delegation, offered a comprehensive analysis of ongoing developments in the region, saying that the West, led by the US, is actually making an effort to dominate the region through a large-scale and extensive war with the Islamic front.

“The large-scale war under way today in the region is the continuation of a war that started 37 years ago against the Islamic Republic of Iran and in this confrontation, the issue of Palestine is the main and pivotal issue, and just in the same way that the Islamic Republic of Iran considered supporting Palestine as its duty from the beginning, it will continue to fulfill this duty in the future as well,” Imam Khamenei noted, according to the Leader’s official website. 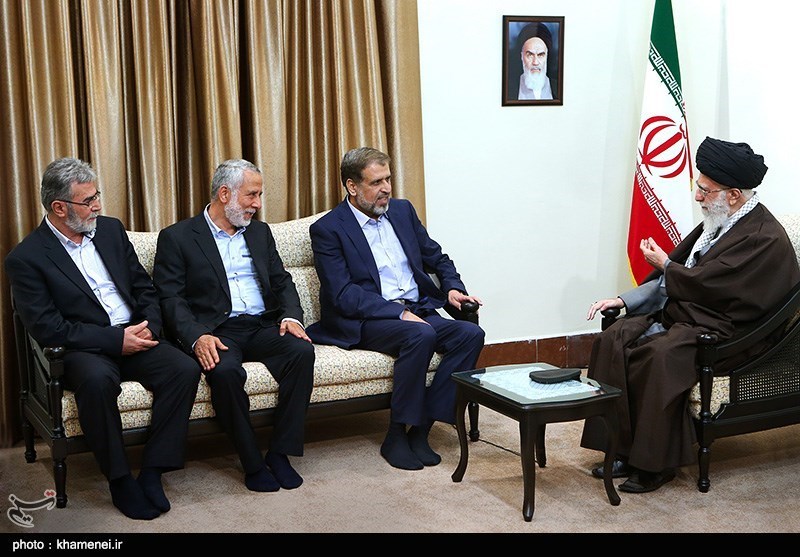 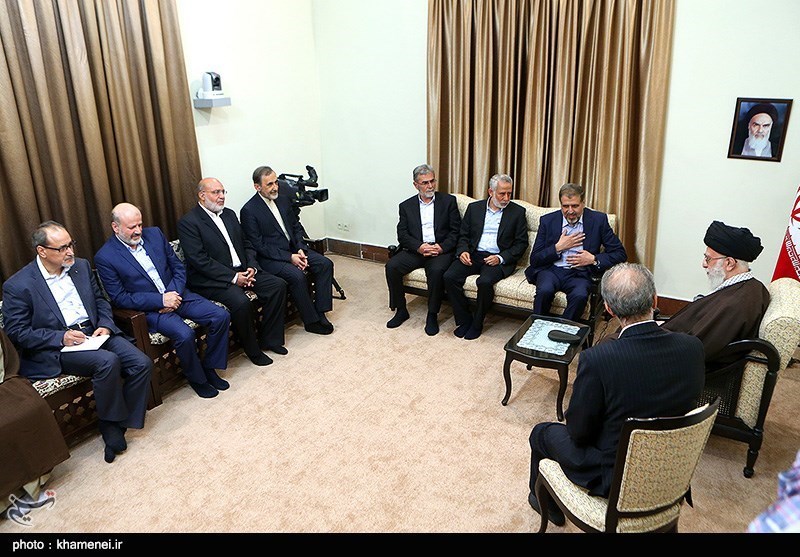 Ayatollah Khamenei also emphasized that the Islamic Republic of Iran’s position on the issue of Palestine has not been and is not limited to any specific period of time, adding, “Since before the victory (in 1979) of the Islamic Revolution and during (anti-Shah) struggles, the issue of supporting Palestine and the necessity of countering the Zionist regime (of Israel) were constantly highlighted in the positions (taken) by (the late) Imam Khomeini, and after the victory of the Islamic Revolution, supporting the Palestinian people was again among our top priorities. Therefore, defending the Palestinian cause is naturally enshrined in the nature of the Islamic Republic of Iran.”

Imam Khamenei said the main objective behind the ongoing extensive war waged by the West, led by the US, against the Islamic front is to dominate the region, adding, “The (ongoing) developments in the region must be studied and analyzed from this viewpoint, and within this framework, the issues of Syria, Iraq, Lebanon and Hezbollah are part of this large-scale confrontation.”

Stressing that under such circumstances, “defending Palestine symbolizes defending Islam,” Ayatollah Khamenei underscored, “The Arrogance front is making massive efforts to introduce this confrontation as a ‘war between Shiite and Sunni’.”

Referring to the fact that in Syria, the government in power is not a Shiite government, Ayatollah Khamenei said, “But the Islamic Republic supports the Syrian government because those standing against Syria are in fact hostile to Islam in principle and are serving the interests of America and the Zionist regime.”

The Leader of the Islamic Revolution said confrontation between Shiites and Sunnis is a colonialist and American plot, emphasizing, “The most important issue under the present circumstances in the region is to achieve a correct understanding of the main two fronts engaged in this large-scale conflict and correctly know our position, because if the distance between the two fronts is not known correctly, we may inadvertently stand against the Islamic front.”

Stressing that based on such an overarching view of regional issues, the Islamic Republic of Iran considers the US as its main enemy and the Zionist regime of Israel as its backup, Ayatollah Khamenei said, “Iran always considers defending the issue of Palestine as its duty and will continue to fulfill this duty.”

The Leader referred to the extensive and unprecedented sanctions imposed by the US and its followers against the Islamic establishment in Iran during recent years, saying, “The main goal behind these sanctions is to dissuade the Islamic Republic of Iran from the path it has taken, but they have failed to realize their goals, and they will not achieve their (desired) result in the future either.”

“Based on divine promises, we believe that we will emerge winner from this extensive confrontation and we have been victorious so far, because the enemies were seeking to annihilate the Islamic Republic, but now not only does the Islamic establishment continue to exist, but has been also making progress in different sectors and taken deeper root on a daily basis,” the Leader noted.

Imam Khamenei then referred to the remarks made by the secretary general of the Palestinian Islamic Jihad movement about efforts made to ratchet up pressure on Lebanon’s Hezbollah, saying, “Lebanon’s Hezbollah is too strong to be harmed by such actions and today, the Zionist regime is far more terrified and scared of Hezbollah than ever before.”

Stressing that the divine tradition promises the victory of the Front of Truth, the Leader of the Islamic Revolution said, “This victory is definitive despite ups and downs, and twists and turns, but the divine promise for those assisting the religion of God is unbreakable.”

At the start of this meeting, Ramadan Abdullah, the head of the Palestinian Islamic Jihad movement, offered his gratitude to the Islamic Republic of Iran for its support and positions taken on the issue of Palestine. 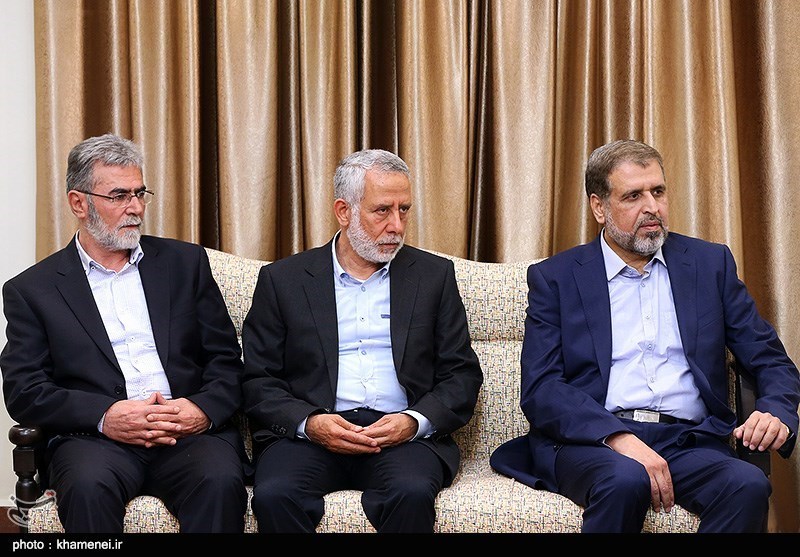 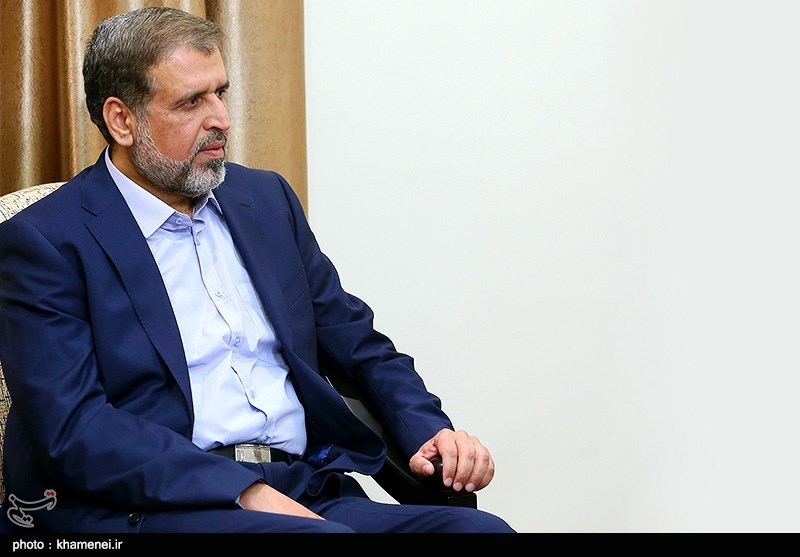 He presented a report on the latest developments in the Gaza Strip and the West Bank, saying, “Despite continuation of (Israel’s) blockade and tougher conditions, the people of Gaza have been standing firm and fast, and in the West Bank, despite the Zionist regime’s crushing and widespread suppression, the flames of Intifada have been ablaze due to determination and willpower of the new generation of Palestinian youths.”

Reiterating the daily growing readiness of resistance forces in Palestine and their incredible capabilities, Abdullah referred to ongoing developments in the region and said: “The Americans and countries following them were plotting to present an unrealistic image of the Islamic Republic of Iran and cause the Zionist regime to be forgotten (as an enemy), and also aimed to disintegrate the region through insinuating Shiite-Sunni war, and on this basis, pressures have been increasing on the Lebanese Hezbollah, but the Palestinian Islamic Jihad, with a correct knowledge of developments, has stressed its support for Hezbollah and resistance against America and the Zionist regime.”