TEHRAN (Tasnim) – Russian Deputy Foreign Minister Sergei Ryabkov said global businesses are still afraid of the impacts of the remaining US primary sanctions against Iran, stressing that the commission monitoring the implementation of the JCPOA should address this issue in its next meeting.

“...we agree with the conclusions which our Iranian friends make, namely that some countries who participated very prominently while the talks were ongoing, now at the phase of implementation, I would use the word, (they are) stuck in their position of not removing obstacles which have been created by themselves through their national legislations, through their national decisions which do not allow for an even more active result-oriented and advanced economic and trade cooperation between Iran and the rest of the world,” Ryabkov told the Tasnim news agency in an exclusive interview on Wednesday, referring to the talks between Iran and the Group 5+1 (Russia, China, the US, Britain, France and Germany- also known as P5+1 or E3+3) that led to a nuclear agreement known as the joint Comprehensive Plan of Action (JCPOA) in July 2015. 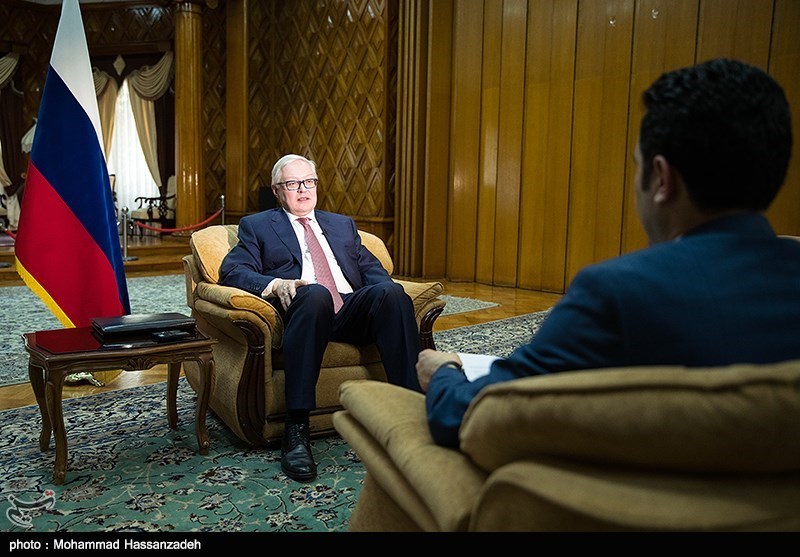 “We have agreed with our Iranian colleagues that this issue will be maintained as one of the most important elements of our current agenda. And Russia (is) being a very faithful player in this process. And also, unfortunately, a country which has become subject to some illegal sanctions by the US and the European Union has a very clear and very obvious view on the unacceptability of this type of behavior. We believe these measures should be removed; there should be no place in the current international relations for illegal unilateral measures like the kind I just described,” he added.

Ryabkov, who is in Tehran on an official visit to meet with senior Iranian officials, said global business and financial entities refuse to trade with Iran because of the “so-called US primary sanctions” are still in place.

“You know what has happened is a very tricky and, I would say, difficult situation because on the one hand everything which has been agreed earlier through the decision of the UN Security Council has been changed much to the better for the Iranian economic life, for doing business by Iranian entrepreneurs and with Iran by others from abroad and we have here a very good and positive and promising development. On the other hand, the rest of the system so to say that was used to constrain Iranian economic life is maintained, is still in place because of the so-called primary US sanctions,” he said, stressing that Moscow is opposed to such measures.

“…even counties unrelated to (western) community are afraid of being penalized, punished by the US authorities. It is very wrong. We should do something about it. Otherwise there would be less visible and clear results in the economic area out of the JCPOA implementation. We completely share these points with our Iranian friends and I think it should be one of the important elements the members of the joint commission that is E3+3 and Iran to talk on when we see each other again at this format in New York and elsewhere. Even probably during so-called ministerial week in New York although no final decision has been taken.” 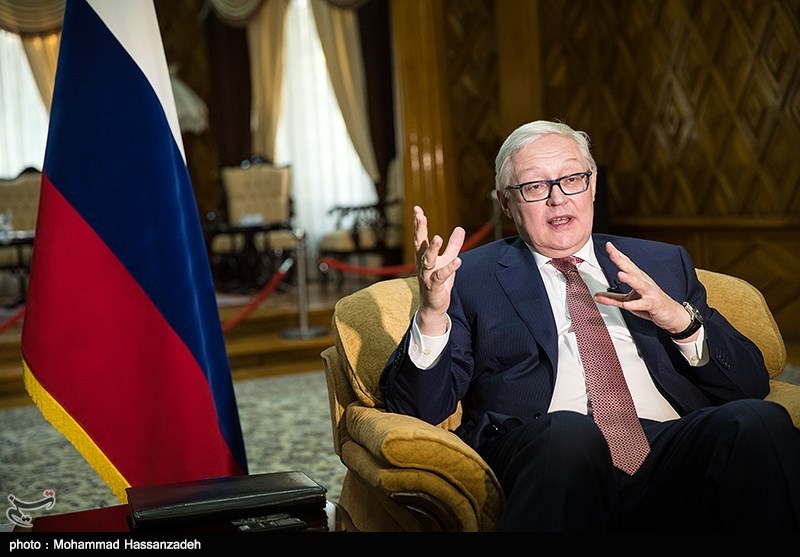 The Russian deputy foreign minister said Moscow will definitely follow up this issue to make sure “how fast, swift and quick” Iran’s desired results from the deal will come out.

Elsewhere in his remarks, Ryabkov referred to the upcoming US presidential election and its potential impact on the JCPOA, saying, “The issue of the JCPOA and its fate, its future and its implementation is of course among those that will configure very prominently in our future agenda with the next US administration. I have no doubt that the next US president, whoever he or she will be, will see the JCPOA as one of the most pressing priorities for his or her administration. The future of the JCPOA implementation will be there as one of the topics. We will favor full, faithful and complete implementation of the JCPOA irrespective of the party colors that will be painted on the flags of those who will occupy the White House.”

He added that Russia will remind Washington of “how much political and intellectual investment has been made by the outgoing (US) administration and others who participated in these talks and of course by Iran for the sake of peace in the world, (a) more stable region, (and a ) more stable and prosperous economic situation globally.”