TEHRAN (Tasnim) - Khatam is a Persian version of marquetry, art forms made by decorating the surface of wooden articles with delicate pieces of wood, bones and metal precisely cut geometric shapes. Khatam Kari is the art of making a Khatam.

Designing inserted items is a very complex process. Up to 250 pieces of metal, bone, ivory and wood are placed next to each other in every cubic centimeter of inlay work. Imposted items in the Safavid dynasty were of particular importance as artists created their precious works of art. These works include; Doors and windows, mirror frames, Quran boxes, inserted boxes, spring and spring holders, lanterns and inserted shrines. 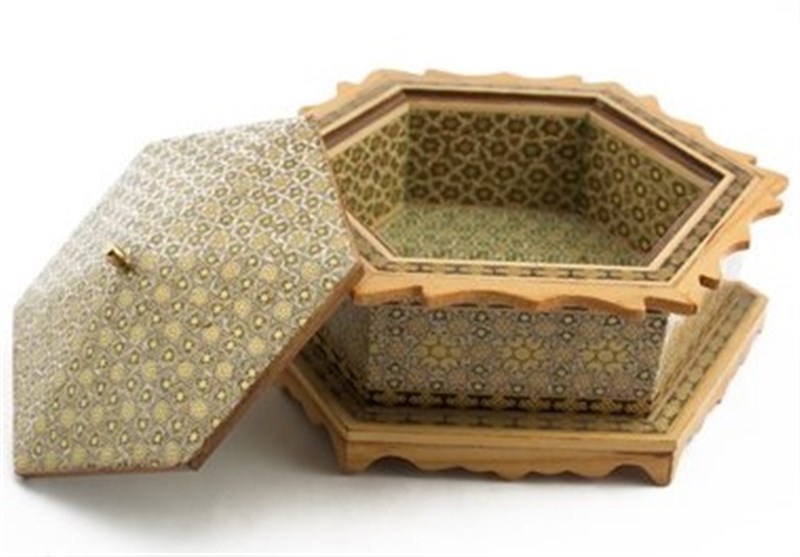 The steps of making Khatam: Getting different kind of wood in different colors are provided and then using the appropriate tools they are ever horing 30 cm in length and 1-5.2 mm in diameter and cut some triangles from them after filing. All the sides are according to the plan and as desirable and to finish the plan, there is a need for metal wires that are taken a few steps to prepare them. Then, to make Khatam, the head draws the drawings of various figures that are to be made to place Khatam and these wooden triangles or pieces of metal next to each other from the hands of the skillful artist and to glue them together with each other using the characters, which is used as a paddle (expression) after a few hours, the strings are put down, and four paddles that are made are laid side by side and then glued together, which in turn leads to aso-called "toglo". 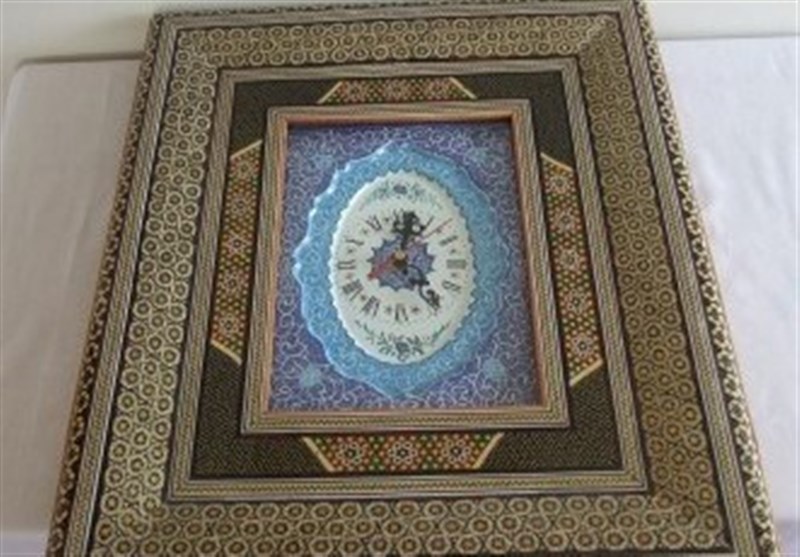 In this step, 6 wires are stuck around each corner by a round metal wire formed in six lateral figures called shamse, and then the resulting structure is fixed by strings which are given a star-like plan, these plans are so repeated that the required general plan is established and brought under pressure of the press machine and Khatam is formed after several steps of cutting and sticking the very sensitive layers to each other that all these steps consist of 400 working steps from start to finish.

The Khatam are glued according to plan, color, shape, dimensions, and the place of application, and by various plans and similar figures or symmetrical shapes the whole surface is decorated by signets, which are then prepared by some repairs and files, brushing and cutting and eventually grinding and straightening Khatam surface, and then oiling and polishing some special materials such as sealer and polisher. The quality of a Khatam depends on its fine drawing and regularity of the plan, all of which are summarized in the skills of the ladder Artisian.

The decoration of the doors of the sacred places mainly consists of inserted motifs. Examples of these can be observed in the cities of Mahshad, Qom, Shiraz and Rey. In the Safavid era, the art of marquetry flourished in the southern cities of Iran, especially in Isfahan, Shiraz and Kerman. An inserted desk, which is one of the final masterpieces of this art, was recently awarded the first prize and a gold medal in Brussels.This desk is now needed in the National Museum in Washington [quote needed]. Also in some of the majestic places and houses, doors and various objects were inserted. The landscaped rooms in the Saadabad Palace and the marble palace in Tehran are among the masterpieces of this art. 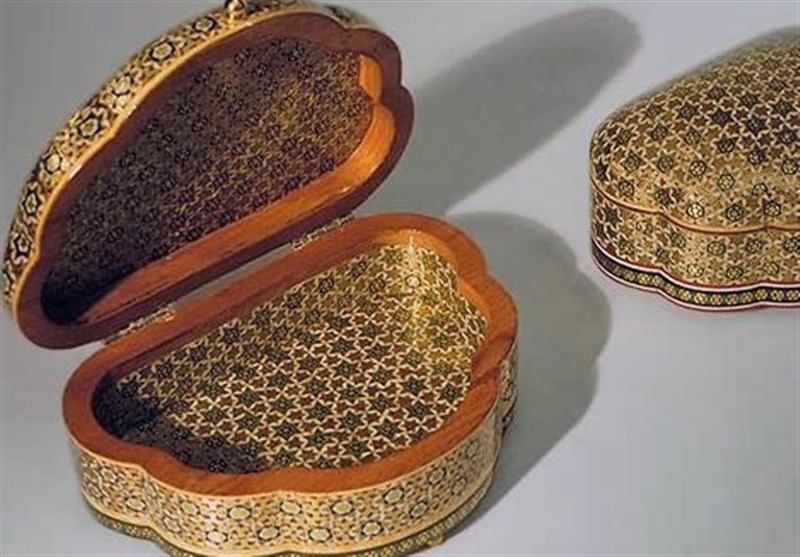 Currently, this art is practiced in Isfahan, Shiraz and Tehran. Inlay masters who preserve the nobility of their art have produced great innovations in this fine art. Wood carving is one of the other outstanding Iranian arts. Designing has a special role in this skill. The wooden carvings create magnificent patterns of wood, ivory or bone, with simple or protruding shapes.