Hafeziyeh: The Tomb of Hafez

Hafeziyeh is the name of a shrine complex in north of Shiraz, in the south of Darvazeh Qur’an. Because it contains the shrine of Hafez-e Shirazi, this complex is known by this name.

Hafeziyeh has about 2 hectares area and is formed from two northern and southern courtyard separated by a hall. This complex has 4 entrance-exit doors. The main door is located on the south side, two doors are on the west side and one door is on the east side. 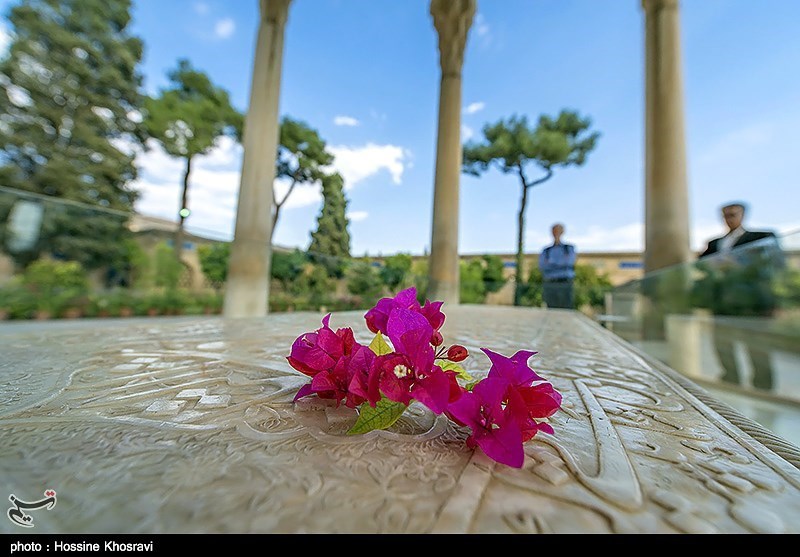 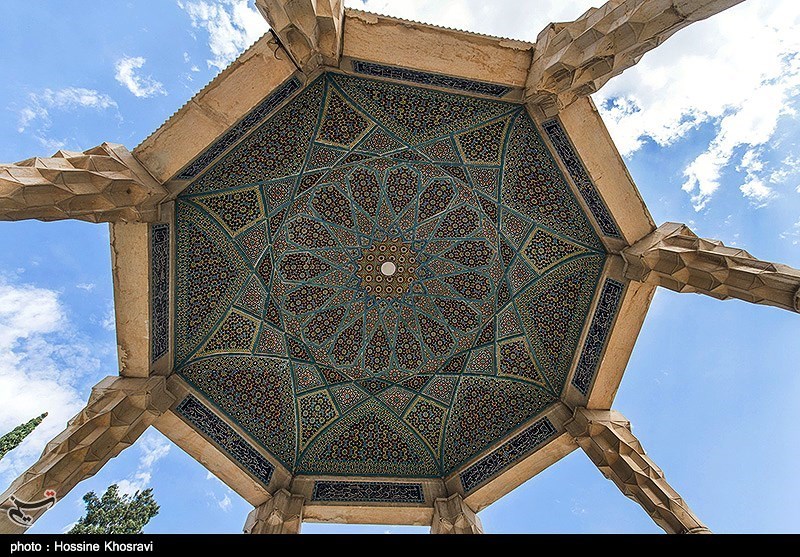 Hall of Hafeziyeh which is from Zandiyeh era is 56 meters long and 8 meters wide and is formed by 20 stone pillars, each with 5 meters height. Formerly the Hall consisted of four pillars and four rooms that have been removed later from the area.

There are two rooms in the East and West sides of the Hall, one belongs to the Cultural Heritage Organization and the other one belongs to the Shrine Office. The hall’s architectural style is related to the Achaemenid and Zands period. 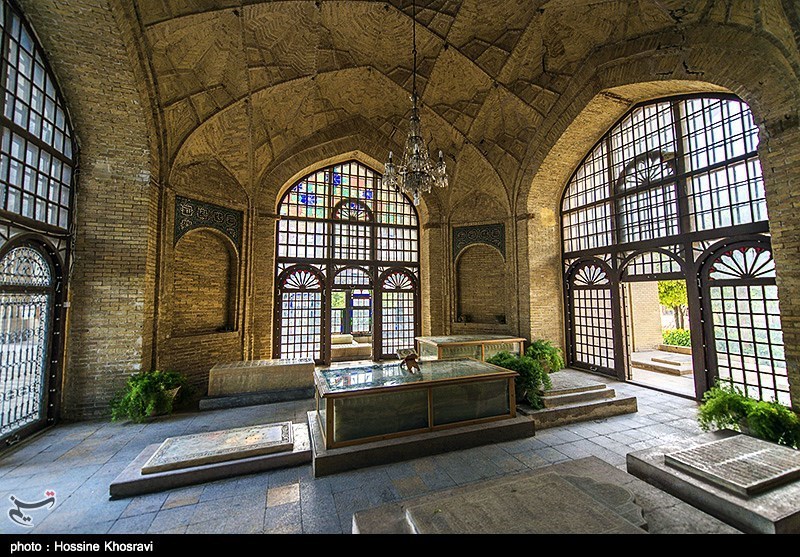 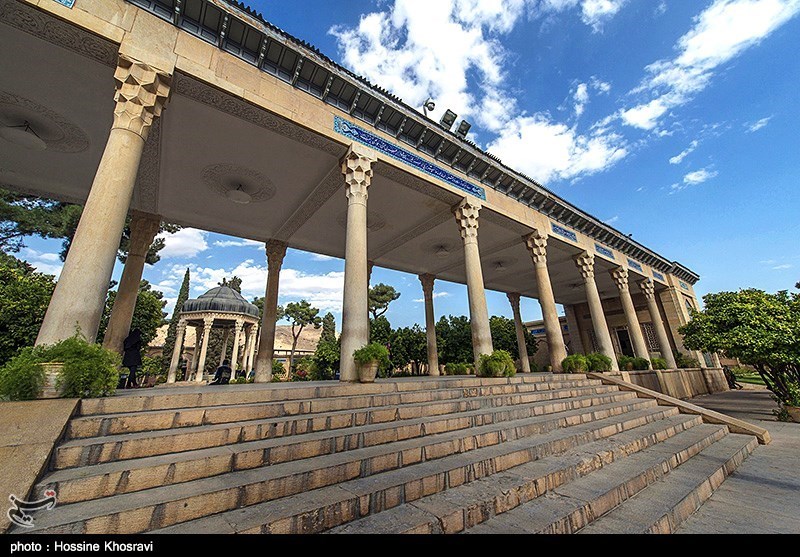 The shrine’s porch consists of two rows of staircases, each row contains 9 stairs. In Persian literature, the 9 is the number of skies and considered sacred.

The northern part contains 8 entrance and exit; The Shrine also consists of 8 stone pillars. The number 8 symbolizes the eighth century (the century Hafez was lived in) and the eight doors of paradise. 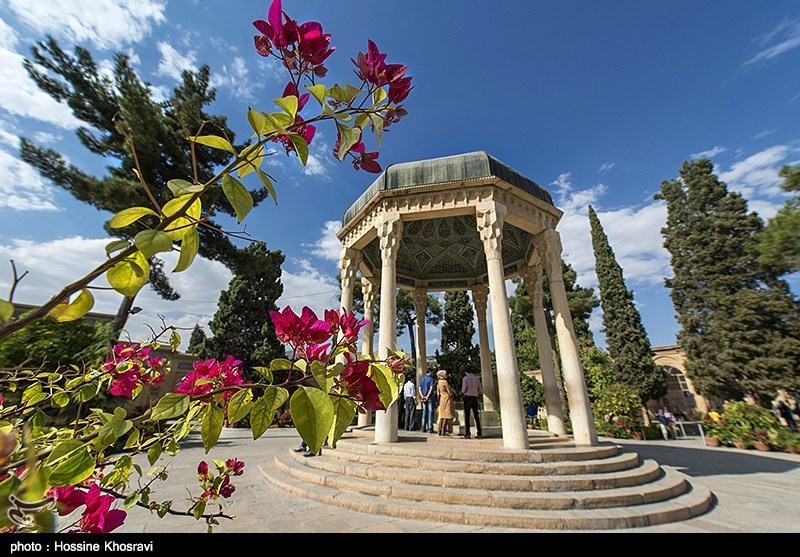 The exterior of the dome of the shrine is a symbol of sky and is formed as the hat of Turkish dervishes. The inside of the dome is decorated with different theosophical colors; Turquoise blue (symbol of heaven), amethystine red (symbol of eternal wine), black and white (symbol of day and night) and burnt brown (symbol of earth). 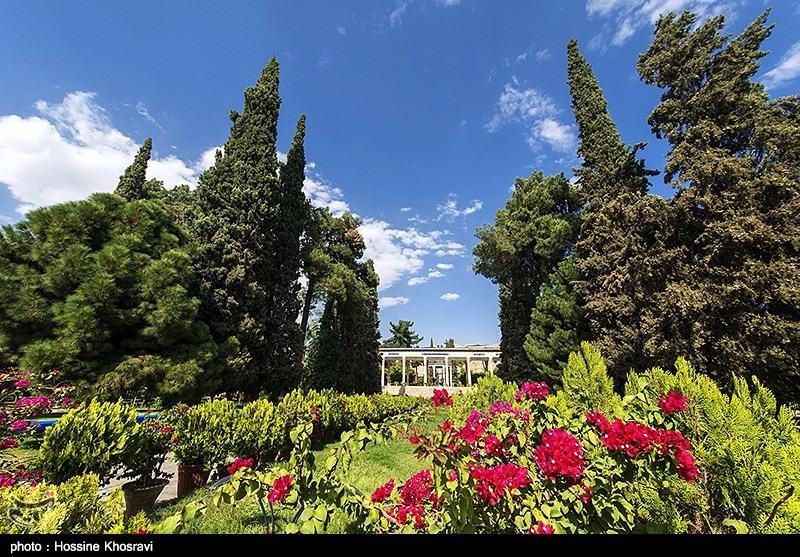