Iran Presses Pakistan for Arrest of Terrorists behind Cross-Border Attack

In a meeting with Pakistan’s Interior Minister Chaudhry Nisar Ali Khan in Islamabad on Wednesday, Zarif stressed the need for settlement of problems erupting along the two countries’ common border.

He also urged Pakistan to push hard for the fight against terrorism and to prosecute and punish perpetrators of an April 26 attack launched from inside Pakistan that killed nine Iranian border guards in Mirjaveh, in Iran’s southeastern province of Sistan and Balouchestan. 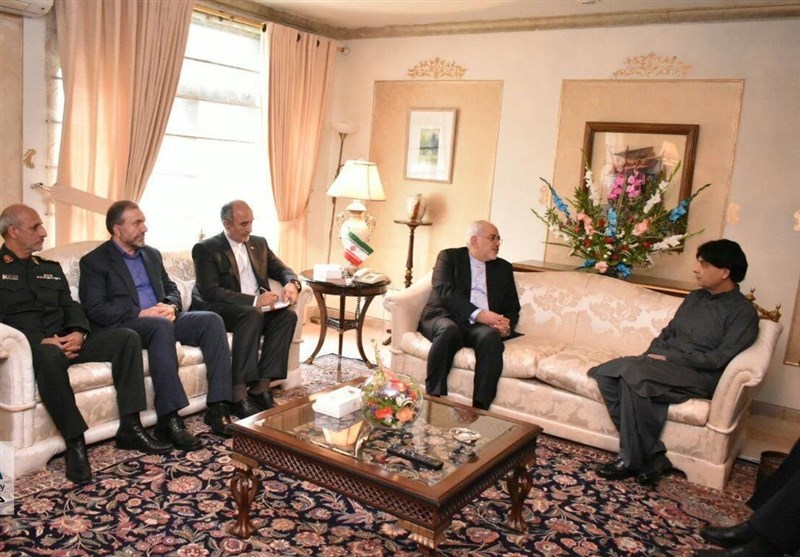 For his part, Khan expressed condolences to Iran over the deaths of Iranian border guards in the terrorist attack, saying Islamabad is ready to resolve the problems through contacts with Iranian political, military, and local officials.

Pakistan wants to let the world know that Islamabad and Tehran will always side with each other and settle problems together, he added.

During the meeting, Zarif and Khan discussed joint action between the two Muslim neighbors in the fight against narcotics trafficking, illegal cross-border travels, and terrorism.

Heading a political and military delegation, the Iranian foreign minister arrived in Islamabad on Wednesday for talks with Pakistani officials on action against terrorist groups, particularly along the border areas.

US Sanctions Chinese, Russian Firms for Dealings with Iran