“At a time when the Iranian nation was facing the terrorist incidents, the US Senate shamelessly approved the bill (to impose new sanction against Iran),” Larijani said in a speech in Tehran on Friday.

He made the remarks during a funeral ceremony held for the martyrs killed in the twin terrorist attacks in the Iranian parliament and the mausoleum of Imam Khomeini, the late founder of the Islamic Republic, on Wednesday.

The US Senate lacks affection for humanity, the Iranian parliament speaker said, referring to the Senate’s move to vote to proceed with a bill that would sanction Iran just hours after the Iranian capital suffered the terrorist attacks.

The US move (to impose new sanctions) proves that Iran is facing two Daesh groups, one in the region and one at the international arena, he noted, calling Washington the “international Daesh”. 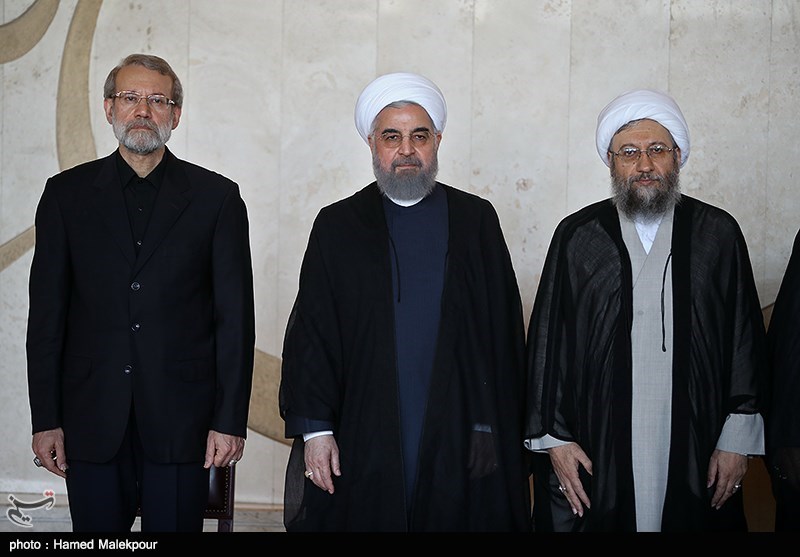 On Wednesday morning, the five terrorists launched simultaneous attacks on Iran’s parliament building in downtown Tehran and on the mausoleum of Imam Khomeini, south of the city.

The assailants attacked the parliament buildings in the morning. Equipped with AK-47 assault rifles, handguns, grenades and suicide vests, the gunmen killed security guards and ordinary people before holding people hostage in the upper floors of the building.

They were all killed by the security forces after an operation that took several hours.

In the other attack at the shrine of Imam Khomeini, one suicide bomber blew himself up while the second one was killed in an exchange of gunfire.

The death toll from Wednesday's incidents in Tehran grew to 17, while more than 40 others have been wounded.

President: Iran to Administer 1.4 Million COVID Jabs in A Week