US Protesters Urge End to 50 Years of Israeli Occupation (+Photos)

WASHINGTON, DC (Tasnim) – Dozens of American political activists gathered in front of the White House, calling for an end to the occupation of the Palestinian territories by Israel.

According to Tasnim dispatches, the protesters gathered in front of the official residence and workplace of US President Donald Trump on the occasion of the 50th anniversary of the Six-Day War.

The Six-Day War was fought on June 5-10, 1967 between the Israeli regime on the one side and Egypt, Jordan, and Syria on the other. At the end of that war, Israel occupied the West Bank, East al-Quds ( Jerusalem), the Gaza Strip, and parts of the Golan Heights. Israel later withdrew from Gaza but lay a siege to it.

The protesters in Washington chanted anti-Israeli slogans and expressed their support for the Palestinian nation. 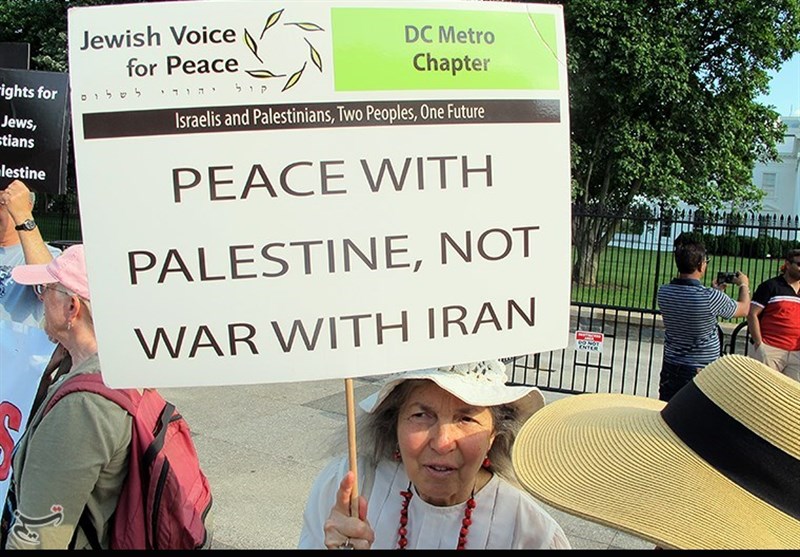 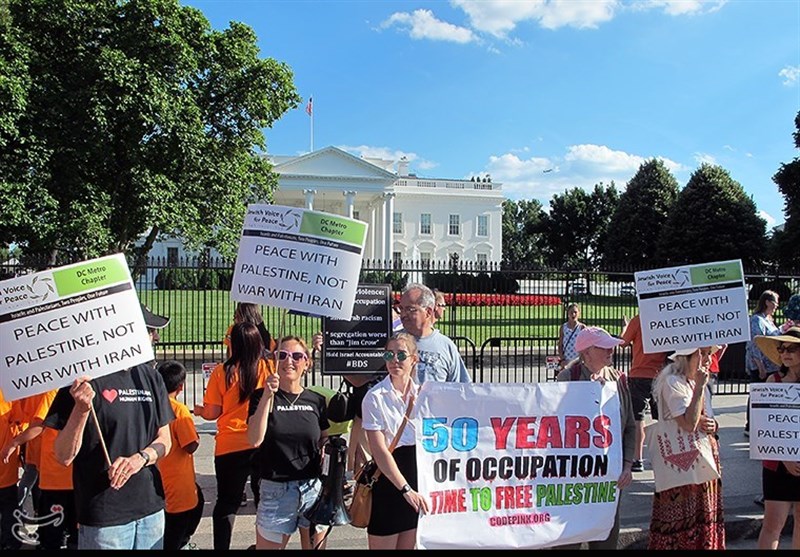 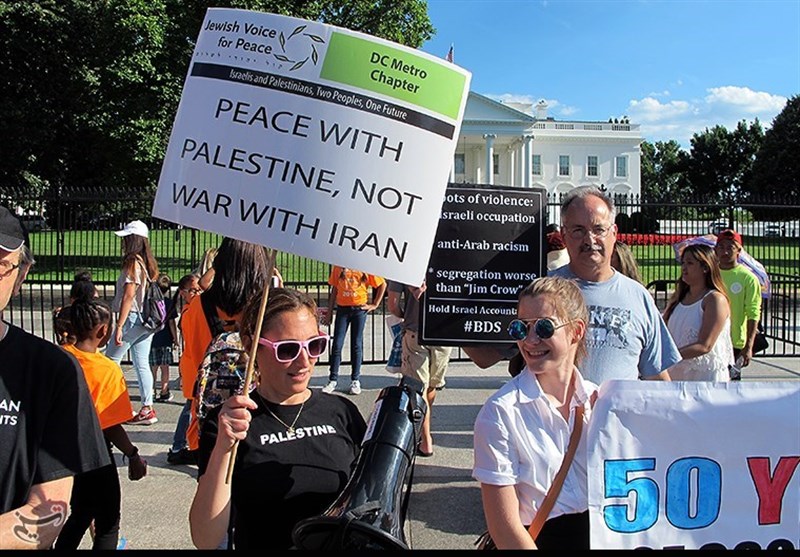 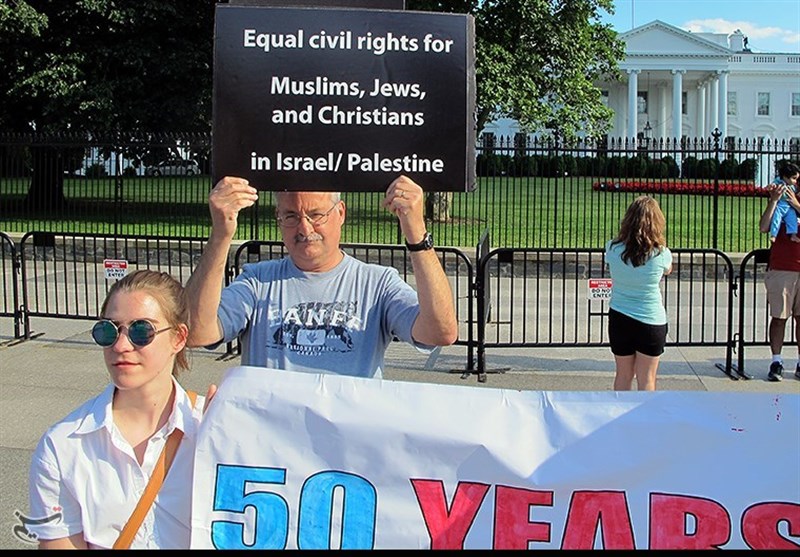 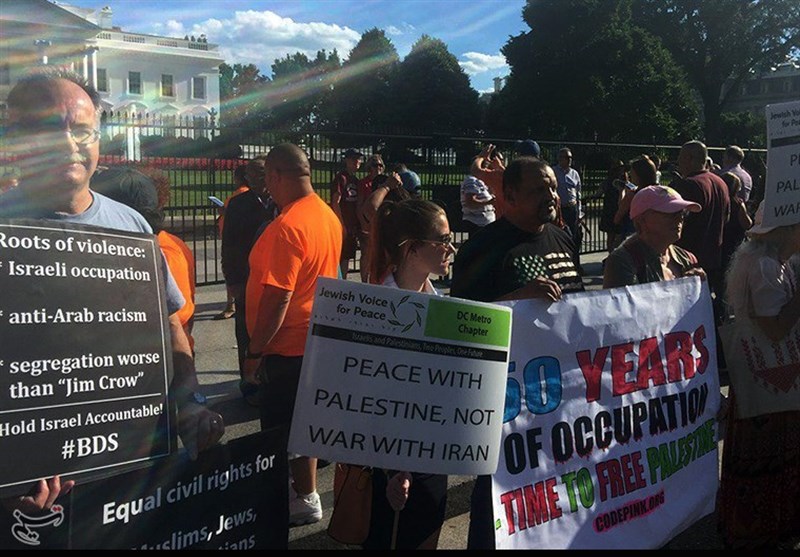 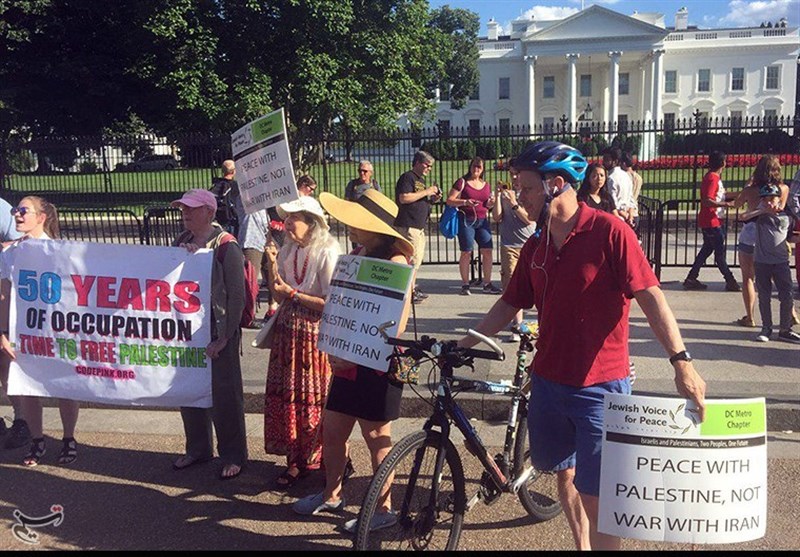 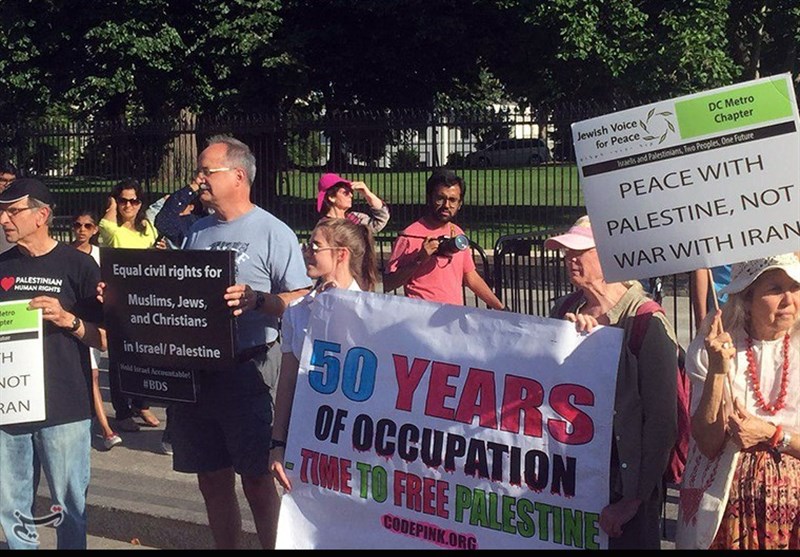 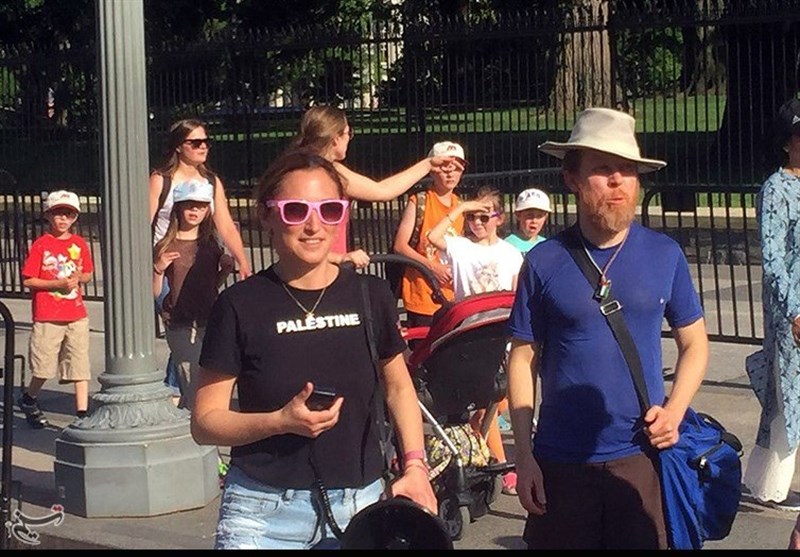 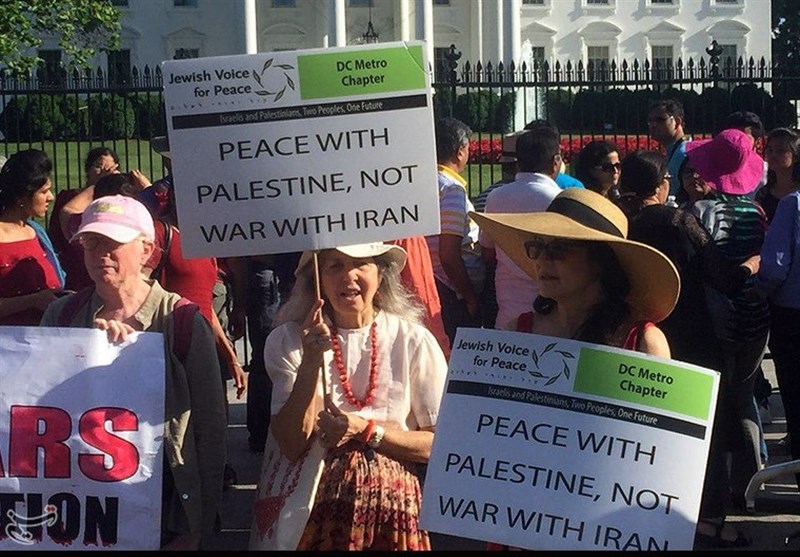 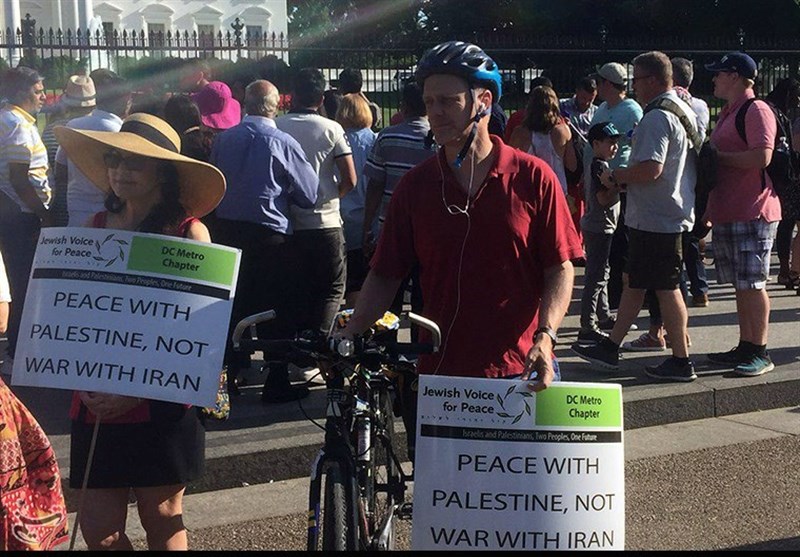 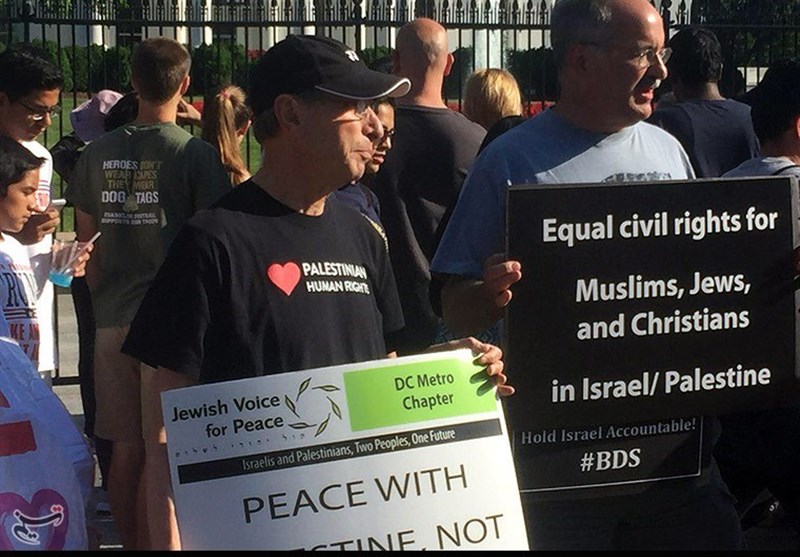 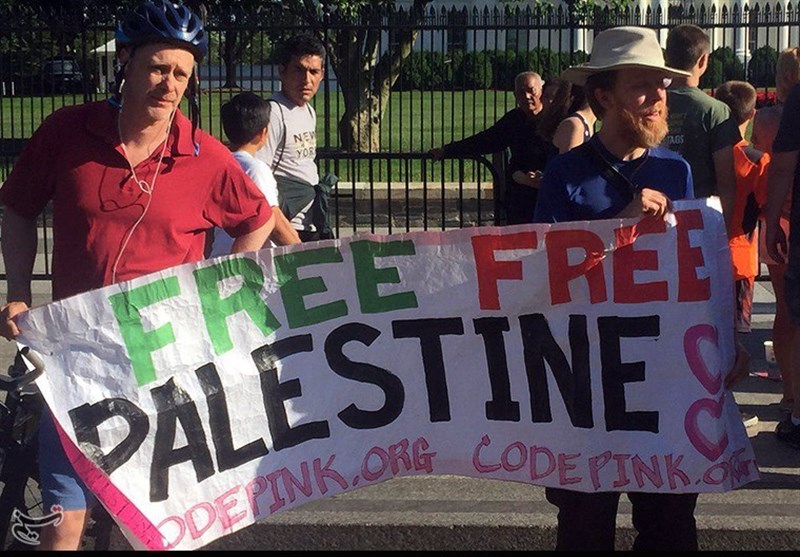 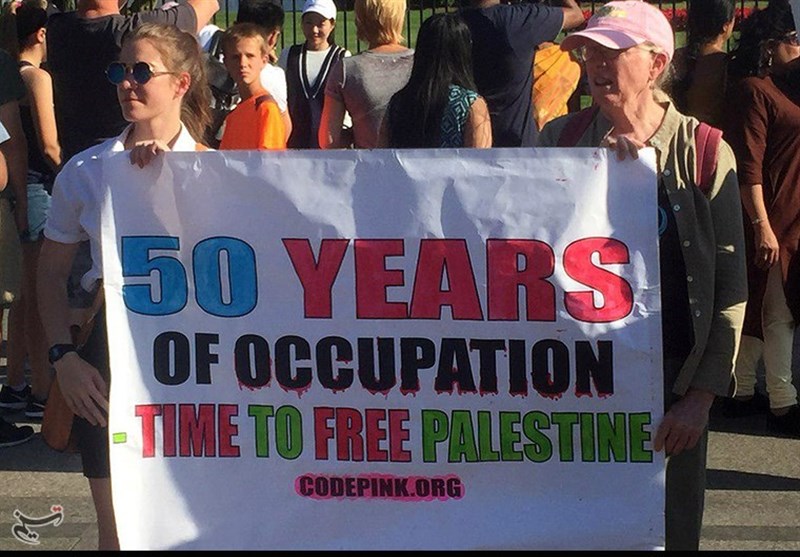 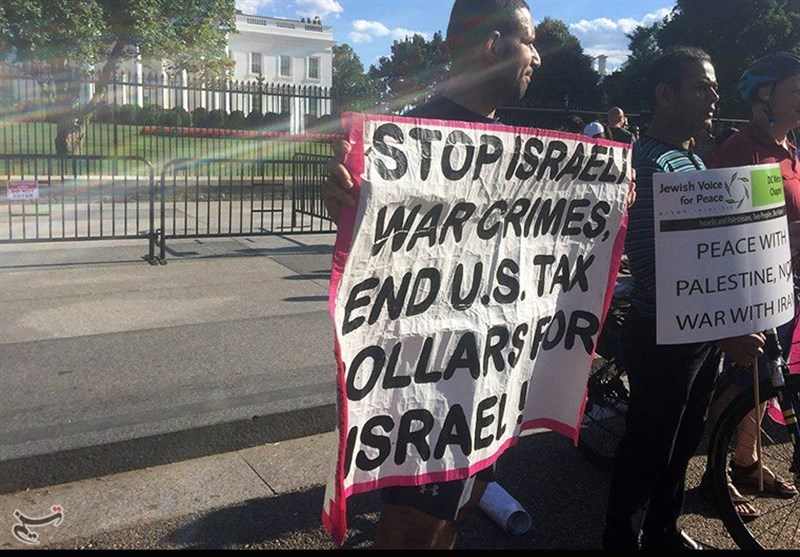 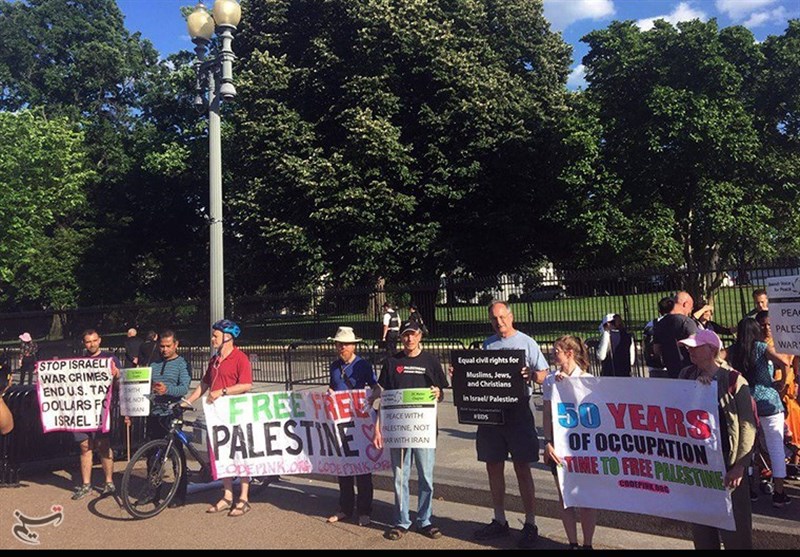 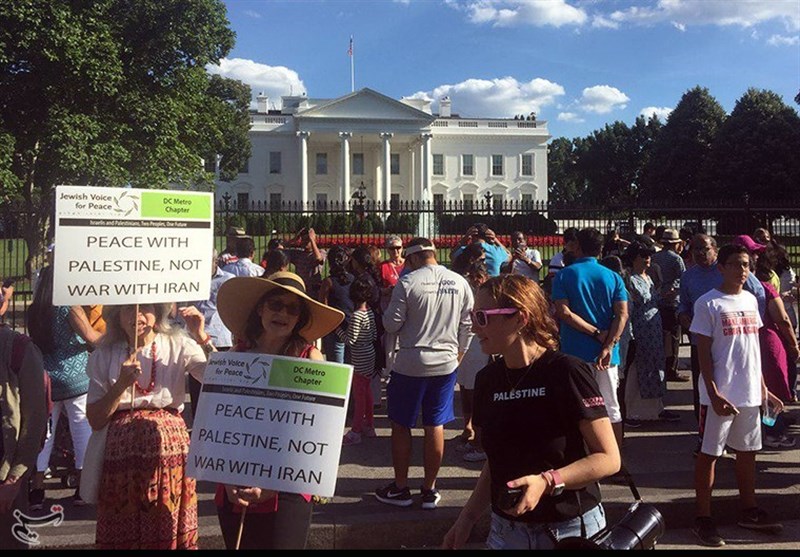 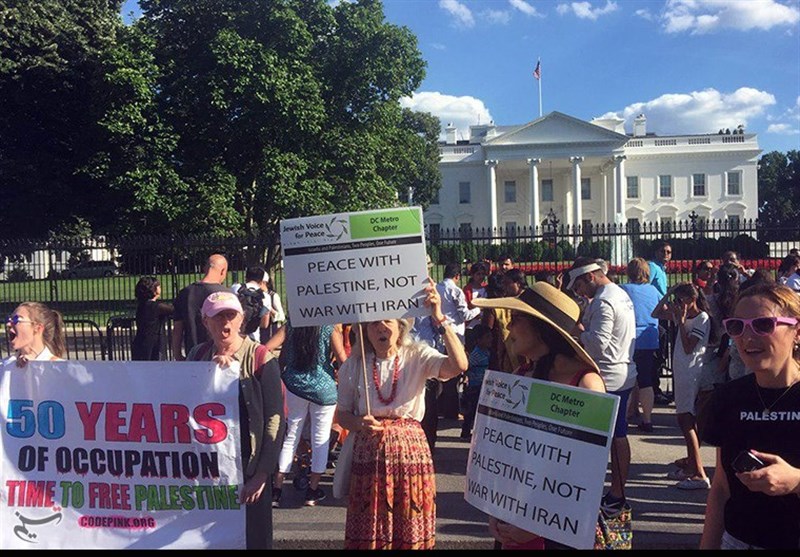