TEHRAN (Tasnim) – The Iranian parliament’s energy commission is going to scrutinize the contract the Oil Ministry has signed with the French energy giant Total on development of the South Pars gas field’s 11th phase, a lawmaker announced.

Speaking to Tasnim on Monday, Hedayatollah Khademi, the vice-chairman of the parliamentary commission, said his colleagues are going to ask the Oil Ministry to submit the contents of the contract and may also take more action on the issue.

If necessary, Oil Minister Bijan Namdar Zanganeh or other officials will be invited to the parliament for clarifications, he added.

The MP also expressed the hope that the Oil Ministry would properly monitor the implementation of the contract and that Total would also honor its commitments and finish the project on schedule. 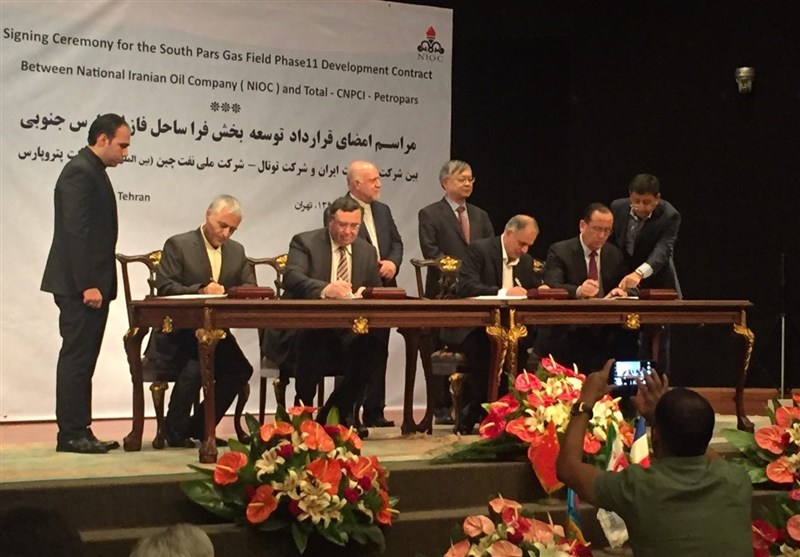 Total has a 50.1 percent share in the 20-year deal. The state-owned China National Petroleum Corp. has a 30 percent stake and Iran’s Petropars has 19.9 percent.

Total had signed a draft agreement with the National Iranian Oil Company (NIOC) in November 2016, but announced in February 2017 that a final decision on the deal hinged on the new US administration renewing sanctions waivers on Iran.

The South Pars 11 project will have a production capacity of 1.8 billion cubic feet per day, or 370,000 barrels of oil equivalent per day.