TEHRAN (Tasnim) – World-renowned Iranian commander Major General Qassem Soleimani hailed the liberation of the Iraqi city of Mosul from Daesh (ISIL) terrorist group as a victory for all humanity.

Today, the humanity owes a great deal to the Iraqi and Syria nations for their victories in the fight against terrorism, commander of the Islamic Revolution Guards Corps (IRGC) Quds Force said at a cultural ceremony in Tehran on Monday.

Slamming Daesh and Takfirism as unprecedented criminal phenomena in the history, the general said the entire world is indebted to the Iraqi and Syrian nations for their courageous battle against the terrorists. 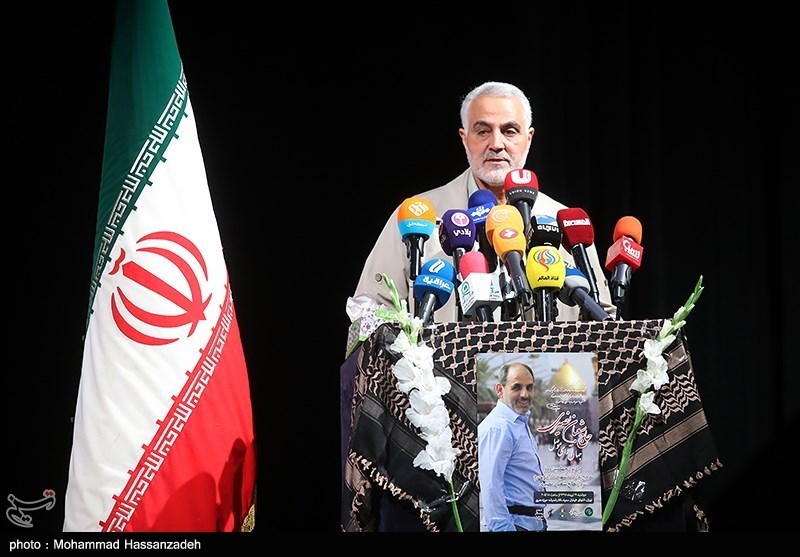 “Those who believed that it (the conflicts in Iraq and Syria) is a sedition involving Shiites and Sunnis and that Iran would be brought to its knees, themselves faced terrible incidents,” General Soleimani added.

He further lauded the Iraqi religious authorities, particularly top Shiite cleric Grand Ayatollah Seyed Ali al-Sistani, for a leading role in the formation of the Popular Mobilization Units (PMU), also known as Hashd al-Shaabi, which resulted in successive victories against Daesh and the recapture of Mosul.

Iraqi Prime Minister Abadi traveled to the northern city of Mosul on Sunday to declare its complete liberation some three years after the strategic city fell to Daesh terrorists. 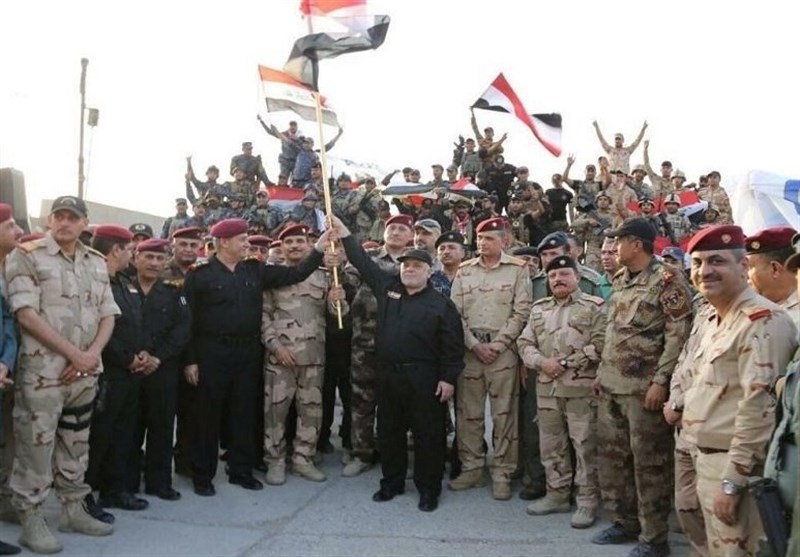 Residents of Mosul poured to the streets on Sunday, dancing and celebrating, honking horns, playing national music, raising Iraqi flags and spraying water on each other.

After eight months of difficult urban warfare, Iraqi military forces on June 29 captured the Mosul mosque at the heart of the strategic northern city, which Daesh had declared its de facto capital.

The recapture of Mosul, located some 400 kilometers north of Baghdad, would mark the effective end of Daesh in the Arab country.

Daesh stronghold in Syria’s Raqqa is also close to falling.

Daesh militants made swift advances in northern and western Iraq over the summer of 2014, after capturing swaths of northern Syria.

Afterwards, a combination of concentrated attacks by the Iraqi military and the volunteer forces, who rushed to take arms after Ayatollah Sistani issued a fatwa calling for the fight against the militants, blunted the edge of Daesh offensive and forced the terrorist group withdraw from much of the areas it had occupied.