The blaze at the 36-story Marco Polo condominium complex sent thick black smoke pouring over the city on Friday, a month to the day after a deadly high-rise fire in London.

Firefighters sprayed water onto the flames from nearby balconies and brought them under control at about 6:30 p.m. local time (0430 GMT Saturday), fours hours after the fire began, Honolulu Mayor Kirk Caldwell told reporters.

"The smoke just, when you hear of people say the smoke just overwhelmed me, I know just what they’re talking about now."

The Honolulu Star-Advertiser newspaper said a mother and her son were among the three people who perished on the 26th floor, where the fire started. At least 12 other people were injured, it added.

The blaze quickly spread to the two floors above, the newspaper said. There were no immediate reports on what caused it. 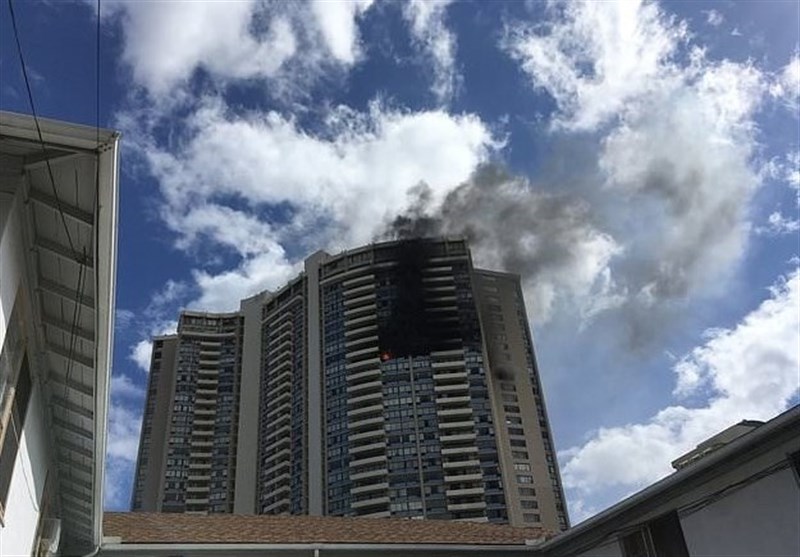 "We were all trying to help as much as we could ... But there was a fire and you could see it spreading," said 72-year-old resident Karen Hastings, who was in the building when the fire broke out.

Fire Chief Manuel Neves told reporters that the building did not have a sprinkler system. More than 100 firefighters tackled the fire and officers were conducting a room-by-room search, a task that could take several hours, he said.

"We don't have any information for us to believe that there are problems with the structure," Neves added.

The building was constructed in 1971, before the city began requiring sprinkler systems, the Star-Advertiser newspaper said.

City officials told the paper that if the building had had a sprinkler system, the fire would have been contained to the original unit.

Volunteers were looking after residents at a nearby park, the Hawaii Red Cross said on Twitter.

The fire forced the closure of a major road in front of the condominium complex, the Honolulu police department said on Twitter.

In London, at least 80 people were killed when a fire gutted the 24-story Grenfell Tower block on June 14. That building also did not have a sprinkler system.