TEHRAN (Tasnim) – US State Department recently released a trove of confidential documents that disclosed more details of Britain’s role in the 1953 coup in Iran, an issue London strongly denied in the past.

On June 15, 2017, the US State Department released a long-awaited volume of declassified US government documents on the 1953 coup in Iran.

The publication of the documents put an end to decades of internal debates and public controversy after a previous official collection omitted all references to the role of American and British intelligence in the ouster of the legal government of prime minister Mohammad Mosaddeq. 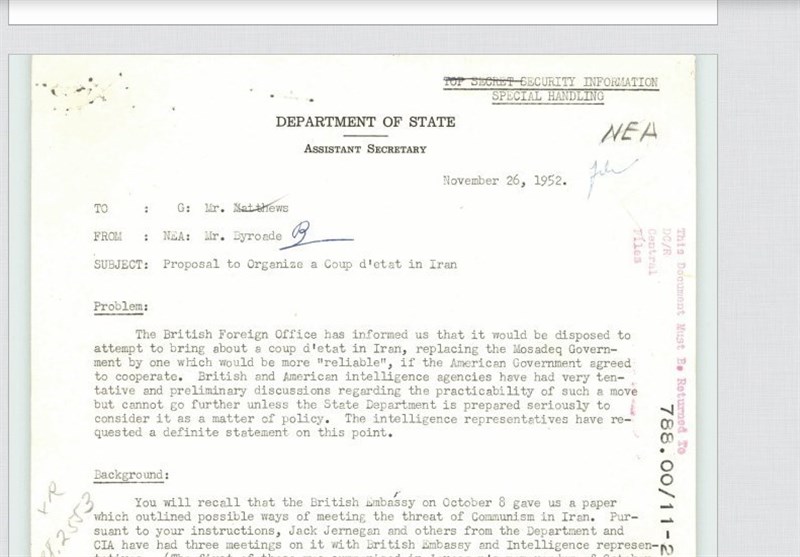 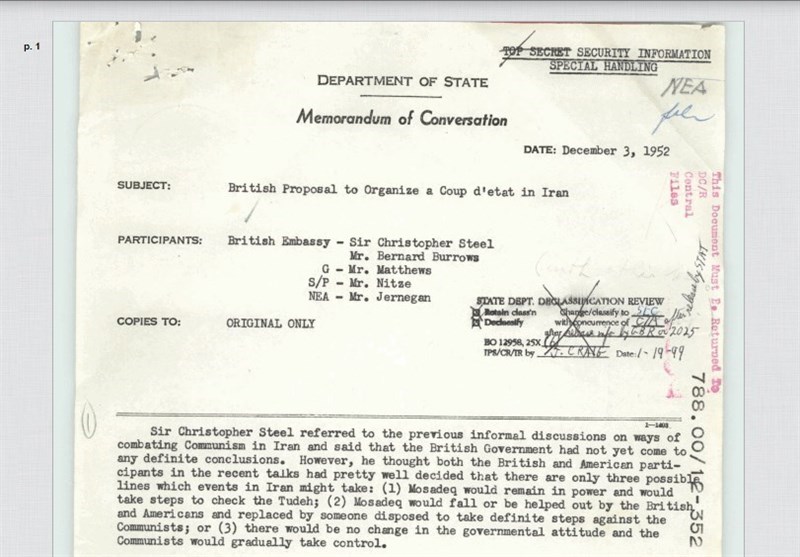 London had previously denied any role in the coup but the new evidence confirmed Britain’s involvement in it.

In August 1953, the British and American intelligence agencies initiated a coup by the Iranian military, setting off a series of events, including riots in the streets of the capital, Tehran, which led to the overthrow and arrest of Mosaddeq.

Mosaddeq, who was convicted of treason by a court martial, served three years in solitary confinement and then died under house arrest in 1967.

His overthrow, which is still given as a reason for Iranians' mistrust of the UK and the US, consolidated the Shah's rule for the following 26 years until the victory of the Islamic Revolution in 1979, led by Imam Khomeini, which toppled the US-backed monarchy.

The Iranian premier had played a key role in the country’s 1951 movement that resulted in the nationalization of Iran’s oil industry, which had been mainly controlled by the British-owned Anglo-Iranian Oil Company (AIOC), now known as BP.

Experts say the 1953 coup, known as the 28 Mordad coup, was aimed at making sure the Iranian monarchy would safeguard the West's oil interests in the country.