France Rules Out Renegotiation on JCPOA

TEHRAN (Tasnim) – France’s President Emmanuel Macron dismissed the idea of renegotiation on the Joint Comprehensive Plan of Action (JCPOA), highlighting Paris’ backing for the full implementation of the nuclear deal between Iran and the Group 5+1 (Russia, China, the US, Britain, France and Germany).

France demands the full implementation of the JCPOA and deems any fresh negotiations on the deal “meaningless,” Macron said in a meeting with Iranian President Hassan Rouhani on the sidelines of the annual session of the UN General Assembly in New York.

Voicing France’s resolve to boost ties with Iran, Macron said the post-JCPOA era has provided a perfect opportunity for the enhancement of Tehran-Paris relations. 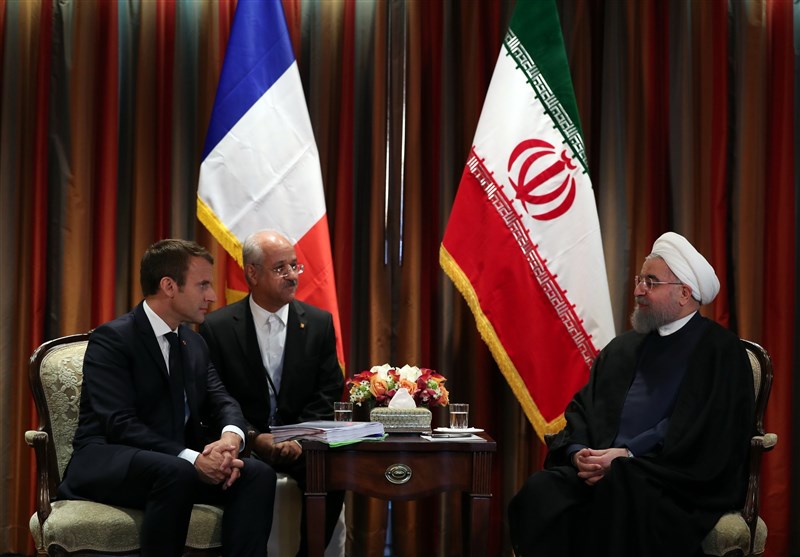 The Iranian president, for his part, said the JCPOA proved that the complicated international disputes could be resolved through dialogue with a win-win approach.

Any harm to the JCPOA would signal the dangerous message that diplomacy fails to settle the conflicts, President Rouhani warned.

He further pointed to the international community’s concerns about the US stances towards the JCPOA, stressing that definite agreements such as the JCPOA should not be linked to the other issues.

The president also highlighted the ample opportunities for cooperation between Tehran and Paris, saying Iran welcomes partnership with the French investors in various fields.

The Iranian president has visited many top foreign officials, including the UN chief, during his stay in New York to attend the 72nd regular session of the United Nations General Assembly.

US Will Have to Pay Price for Scrapping JCPOA: Iranian Diplomat

Zarif Hammers US, Europe for Flimsy Misreading of UNSCR 2231

JCPOA Still Alive, US Must Know Era of Bullying Over, Iran’s FM Says