TEHRAN (Tasnim) – Syria’s President Bashar al-Assad in a meeting with Iran’s highest-ranking general expressed gratitude to the Iranian leadership and nation for supporting his country in the fight against terrorism.

In the meeting with Chief of Staff of the Iranian Armed Forces Major General Mohammad Hossein Baqeri in Damascus on Thursday, President Assad said Syria is grateful to Leader of the Islamic Revolution Ayatollah Seyed Ali Khamenei and the Iranian government and nation for backing the Arab state in the war against terrorism.

The top Iranian commander, for his part, congratulated Syria on its military victories against terrorist groups, and expressed the hope that terrorism will eradicated in all Syrian territories soon. 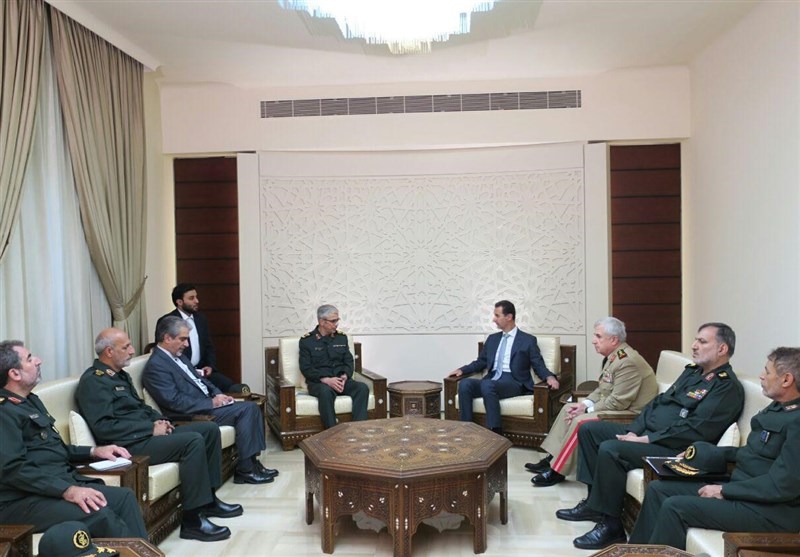 Heading a high-ranking delegation, the top Iranian general has travelled to Syria to broaden defense and military cooperation with the Arab country and promote cooperation in the fight against terrorism.

Zarif Raps US’ Contempt for Peace

Zarif Raps US’ Contempt for Peace

Washington Doing All It Can to Disrupt Dialogue between Iran, Persian Gulf States