TEHRAN (Tasnim) – People across the world continued their protest against US President Donald Trump's recognition of Jerusalem (al-Quds) as Israel's capital.

Hundreds of pro-Palestinian activists on Saturday staged a protest in Paris against Israeli Prime Minister Benjamin Netanyahu's planned visit to France on Sunday.

Netanyahu, who has welcomed Trump's move, will meet with Macron on Sunday ahead of a meeting with European Union foreign ministers in Brussels on Monday. 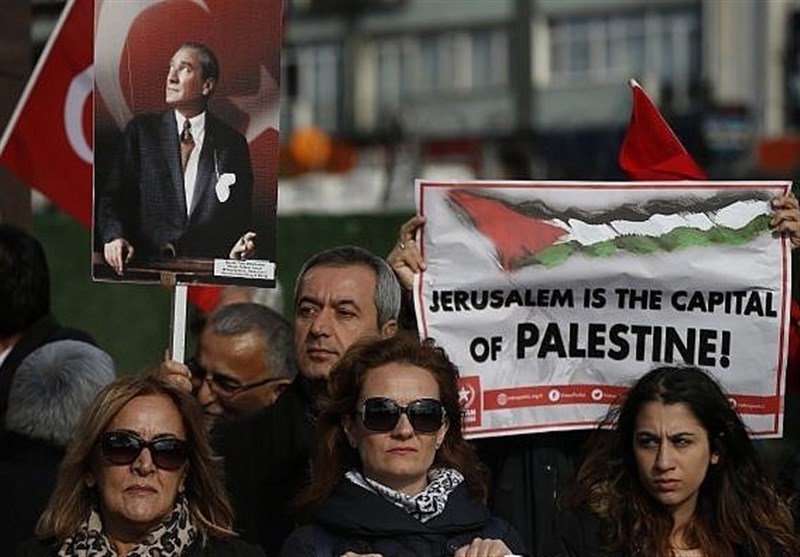 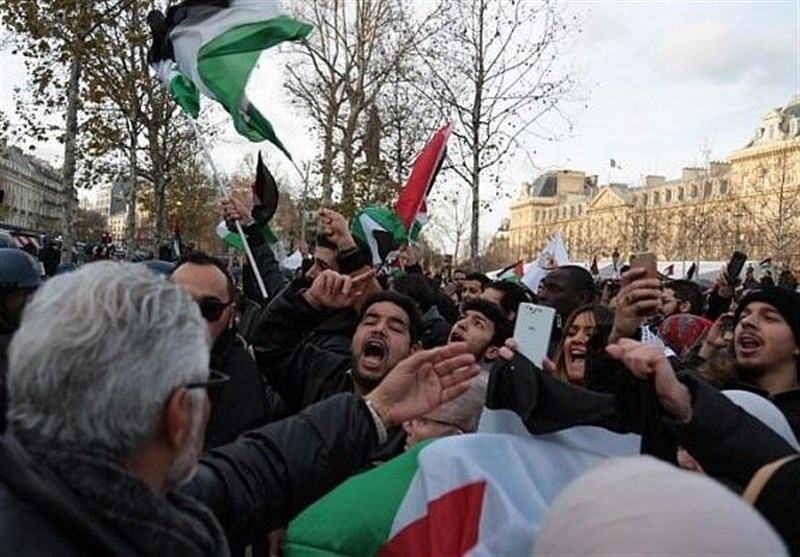 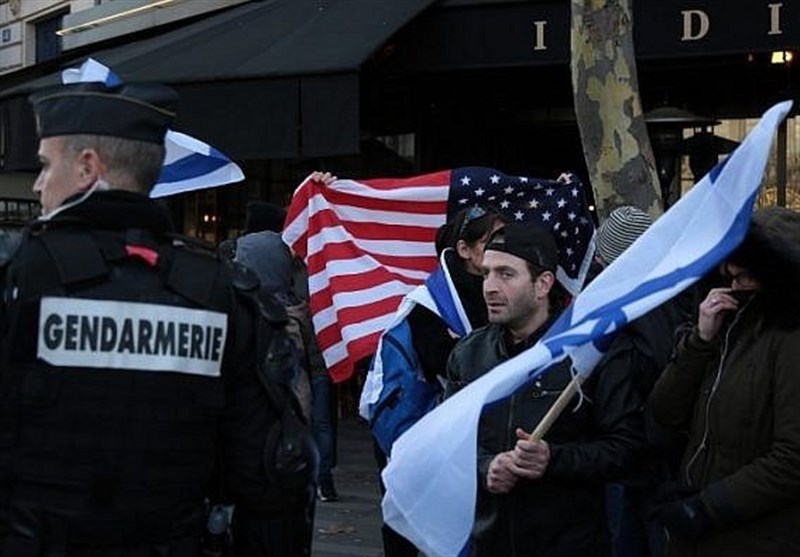 There were also widespread protest across Canada and dozens of people gathered at the Solidarity for Palestine rally in Vancouver Saturday.

Meanwhile, hundreds of Palestinians and their supporters marched from the US Embassy to the Israeli Embassy in Ottawa Saturday, calling on Canada to put more pressure on Trump to reverse his controversial declaration that Jerusalem is the capital of Israel.

There were more protests across the world in the second day, following Trump’s decision on Wednesday and Hundreds gathered in front of the White House on Friday to protest him.

Protestors chanted against Israel and Trump's decision on Jerusalem, carried banners reading, “Stop the occupation in Palestine now”, “Jerusalem belongs to Palestinians” and "We reject Trump's decision". The event ended without conflict.

On Wednesday, Trump announced US recognition of Jerusalam as Israel’s capital as well as plans to relocate the US embassy in Israel from Tel Aviv to Jerusalem.

The controversial decision has angered Muslims throughout the world.

Envoys Calls on All Muslims to Help Liberate Palestine

Envoys Calls on All Muslims to Help Liberate Palestine