Touching on the history of relations between Tehran and Madrid, the Iranian foreign minister stressed the need for closer cooperation in various fields.

The visiting Spanish minister also expressed satisfaction with his first visit to Iran, emphasizing that Spain, as a member of the European Union, is committed to the Joint Comprehensive Plan of Action (JCPOA), the nuclear agreement between Iran and the Group 5+1 (Russia, China, the US, Britain, France and Germany).

The two sides further explored avenues for cooperation in the fields of tourism, energy and advanced technologies, transportation and academic interaction. 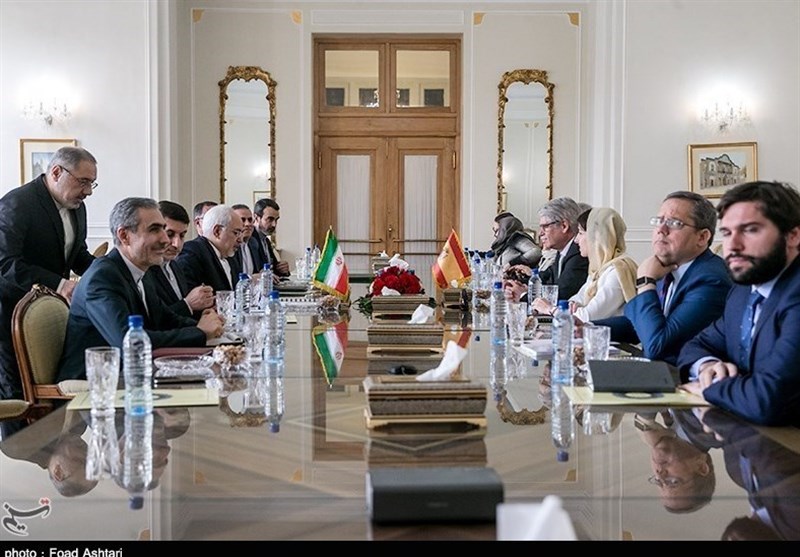 At the conclusion of the meeting, the two foreign ministers signed an MoU on enhancement of political consultations, while industry officials from the two sides inked a document on cooperation in the railway industry.

There has been growing enthusiasm for trade and cooperation with Iran since coming into force of the JCPOA in January 2016.

Spanish, Dutch Top Diplomats Due in Tehran on Tuesday: Spokesman

Spanish, Dutch Top Diplomats Due in Tehran on Tuesday: Spokesman