TEHRAN (Tasnim) – Iranian President Hassan Rouhani reaffirmed his administration’s commitment to the policy of constructive interaction with the world in the new Iranian year (starts on March 21), also saying that the Islamic Republic will never compromise its national interests.

In comments made Sunday at the final weekly Cabinet session of the current year, Rouhani said his administration would keep efforts to strengthen regional security and stability in the new year.

Hoping for positive measures for peace and stability in the coming year, the president said Iran would “vigorously” pursue its policy of constructive interaction with the world “irrespective of the demands of the US, ill-wishers of the Iranian nation, and one or two small countries in the region.” 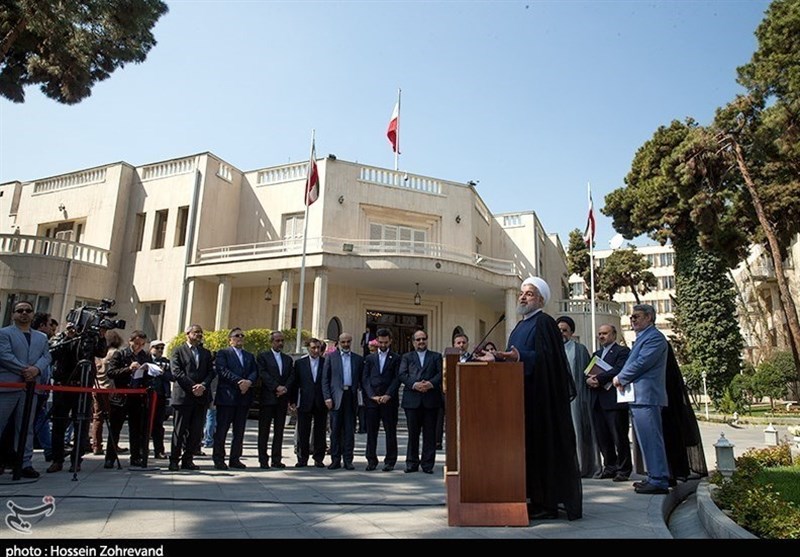 “We will never back off from national interests and will keep safeguarding national security and interests,” he added.

Rouhani also pointed to the country’s outstanding political achievements in the current Iranian year, saying the world rejected accusations that Iran had failed to honor its commitments under the Joint Comprehensive Plan of Action (JCPOA).

The International Atomic Energy Agency (IAEA), the main entity entitled to verify nuclear commitments, has certified in all of its reports that Iran has fully carried out undertakings under the JCPOA, the nuclear agreement between Iran and the Group 5+1 (Russia, China, the US, Britain, France and Germany), he added.

The president also hailed the fall of the Daesh (ISIL) terrorist group as a major achievement for humanity, paying tribute to those contributing to the fight against terrorism.

During the current Iranian year, which is going to end in two days, Rouhani won a second term in the May presidential election.

The Iranian president maintains that his administration’s foreign policy is based on constructive interaction with the world while it sticks to the country’s red lines.