TEHRAN (Tasnim) - Japan's government says at least 134 people have been confirmed dead from the heavy rains, floods and mudslides that have struck western Japan.

Chief Cabinet Secretary Yoshihide Suga told a news conference Tuesday that seven others were without vital signs, and more than 50 people were unaccounted for, many of them in the hardest-hit Hiroshima area.

Searches and cleanup efforts were taking place in the southwestern region where several days of heavy rainfall set off flooding and landslides in a widespread area. All rain warnings were lifted. As floodwater largely subsided, more damages became visible.

Rescuers are combing through mud-covered hillsides and near riverbanks to look for dozens still missing after heavy rains caused flooding and mudslides in southwestern Japan, where the death toll has risen to 122, AP reported. 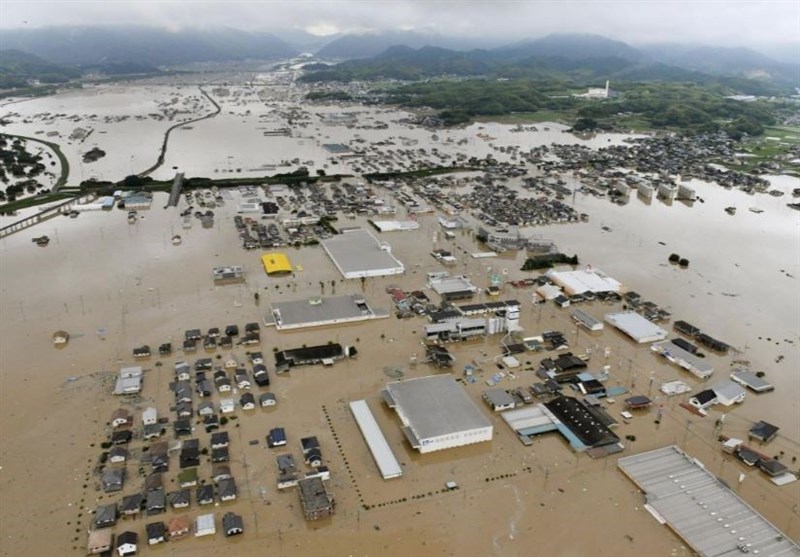 Officials and reports say more than 80 people are still unaccounted for, many of them in the hardest-hit Hiroshima area. The Fire and Disaster Management Agency said that 122 people have been confirmed dead as of early Tuesday.

Several days of heavy rainfall that weather officials have called historic set off flooding and landslides in widespread areas of western Japan, including Hiroshima, Okayama and Ehime prefectures.

Thousands of people have evacuated their homes. Many returned to on their homes and begin cleanup Monday after the rain stopped and weather warnings were lifted.

China Study Warns of ‘Colossal’ COVID Outbreak If It Opens Up Like US, France

No One Wants Conflict between Russia, NATO in Europe: Hungarian FM

No Place for Foreign Interference in Region: Iranian President