TEHRAN (Tasnim) - Firefighting crews in California took advantage of mild temperatures early on Wednesday to make progress in their battle to contain California's largest ever wildfire which has swelled to almost the size of Los Angeles.

Some 4,000 firefighters fought to prevent the Mendocino Complex from reaching communities like Nice, Lucerne and Clearlake Oaks at the southern tip of the Mendocino National Forest, the California Department of Forestry and Fire Protection (Cal Fire) said, Reuters reported.

The Mendocino Complex is one of 17 major fires burning in California which, fanned by hot, windy conditions, have killed seven people, destroyed over 1,500 structures and displaced tens of thousands of people in the past month.

"Tonight fire crews will continue to take advantage of the lower temperatures to increase containment lines," the agency said in an advisory as the temperatures in the area remained near 60 degrees Fahrenheit (15 °C).

Milder temperatures than expected on Tuesday allowed crews to carve containment lines around 34 percent of the wildfire, which became the largest in Californi history on Monday when two large conflagrations merged into one, according to Cal Fire.

The blaze, which was about 293,000 acres (118,573 hectares) as of late Tuesday, has surpassed the Thomas Fire, which burned 281,893 acres in Santa Barbara and Ventura counties in southern California last December, destroying more than 1,000 structures. 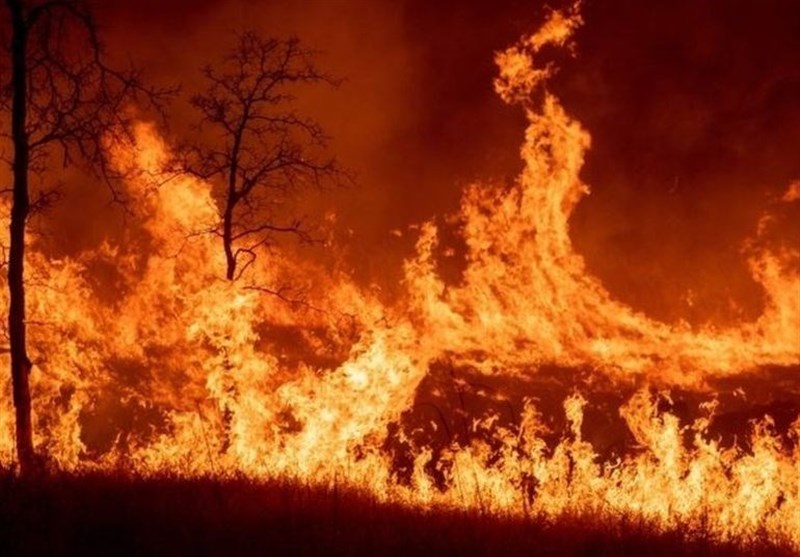 Two firefighters have been injured battling the Mendocino Complex. The blaze has burned 75 homes and forced the evacuation of more than 23,000 people.

In the last couple of days, President Donald Trump said California was letting water run into the ocean instead of using it to fight blazes and blamed California's environmental policies for worsening the fires.

The comments baffled California firefighters, who said they had more than enough water to douse the flames.

Climate change is widely blamed for higher temperatures that have fueled wildfires in California, and as far afield as Portugal, Sweden and Siberia.

The fires are on track to be the most destructive in a decade, prompting Governor Jerry Brown and Republican leaders such as state Senator Ted Gaines to call for thinning and controlled burns of forests to reduce fire danger - moves opposed by environmentalists who say they kill wildlife.

US Nuclear Missile Sub Makes Rare Visit to Base near Taiwan

Over 2,000 Troops Engaged in Live-Fire Drills in Russia’s Northwest

Poll: Half of Americans ‘Frustrated,’ ‘Disappointed’ with Biden’s Presidency