TEHRAN (Tasnim) – Iranians from every walk of life poured into streets in cities across the country on Sunday to mark the anniversary of US Tehran embassy takeover and express their opposition to the arrogant policies and attitudes of the enemies, particularly the US government.

The nationwide rallies to mark the 1979 takeover of US embassy in Tehran began on Sunday morning under the motto of “Hayhat Minna al-Dhilla (no to humiliation!)”.

In the capital city of Tehran, the rally was held at the venue of the former US embassy, which is known by Iranians as the “Den of Espionage”.

During the rallies, the demonstrators chanted slogans against the US and Israel and condemned US President Donald Trump’s aggressive policies and stances against the Islamic Republic. 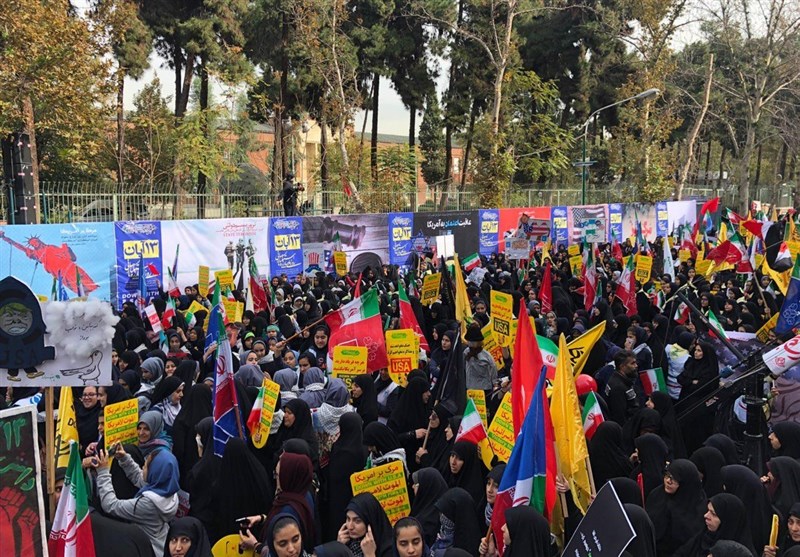 On November 4, 1979, and in less than a year after the victory of the Islamic Revolution that toppled a US-backed monarchy, Iranian university students who called themselves "students following the line of (the late) Imam (Khomeini)" seized the US embassy in Tehran, which had become a center of espionage and planning to overthrow the newly established Islamic system in Iran.

The students who seized the embassy later published documents proving that the compound was indeed engaged in plans and measures to overthrow the Islamic Republic.

Every year on the 13th day of the Iranian month of Aban (which this year falls on November 4), the Iranian nation, particularly students, hold rallies across the country to mark the day.

This year, people have taken part in the rallies ever more enthusiastically to condemn Washington’s anti-Iran policies as the US government has decided to re-impose what it calls crippling sanctions on Tehran on November 5.

On May 8, Trump pulled his country out of the 2015 nuclear deal known as the Joint Comprehensive Plan of Action (JCPOA), which was achieved in Vienna in 2015 after years of negotiations among Iran and the Group 5+1 (Russia, China, the US, Britain, France and Germany).

The White House has also announced plans to drive Iranian oil exports down to zero and launch a campaign of “maximum economic and diplomatic pressure” on Iran. 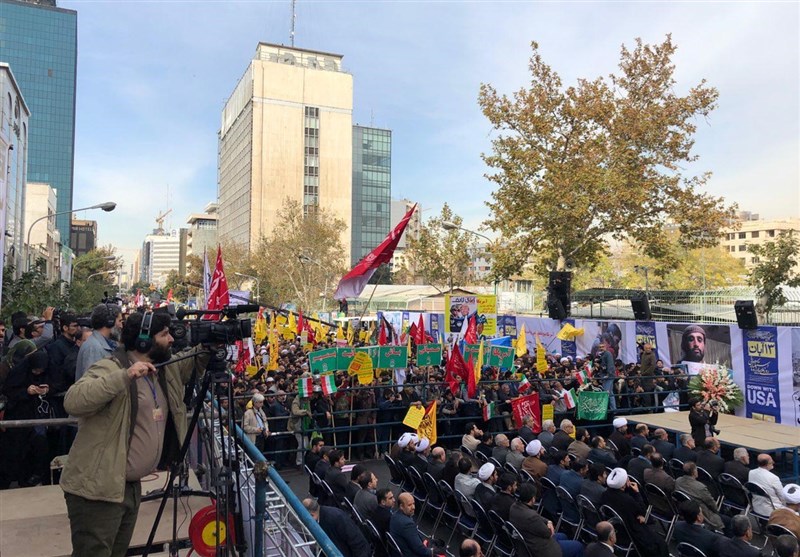 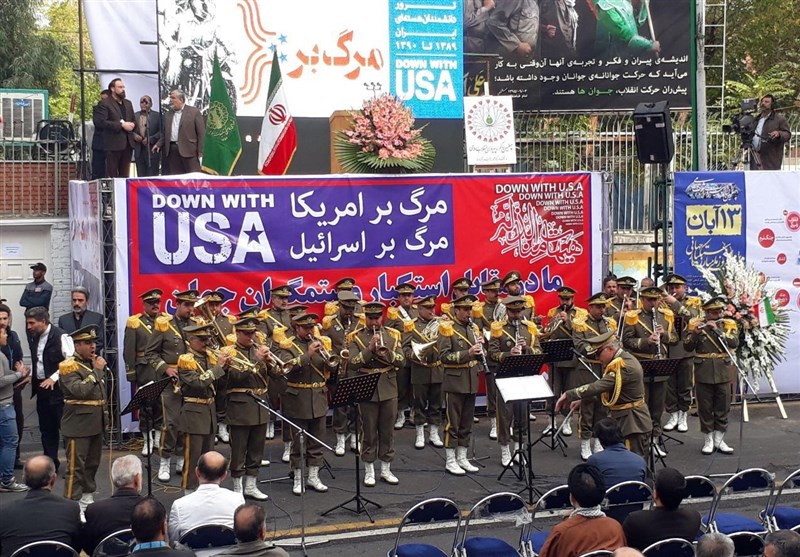 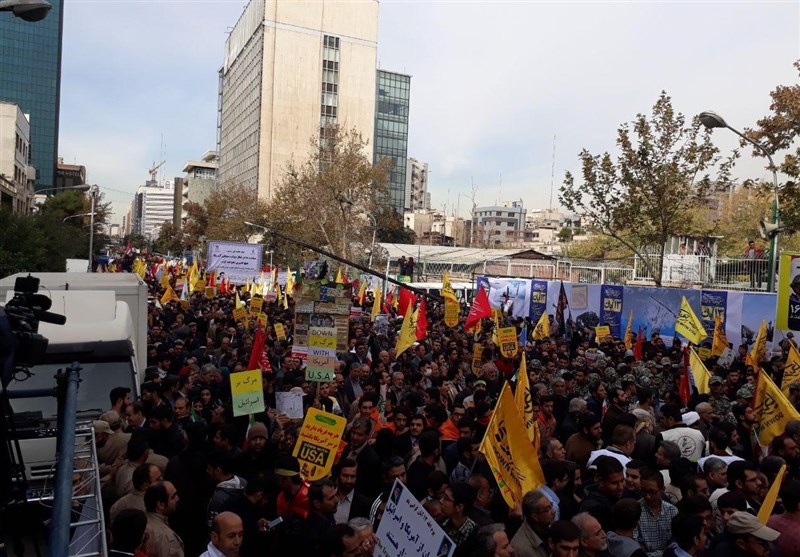 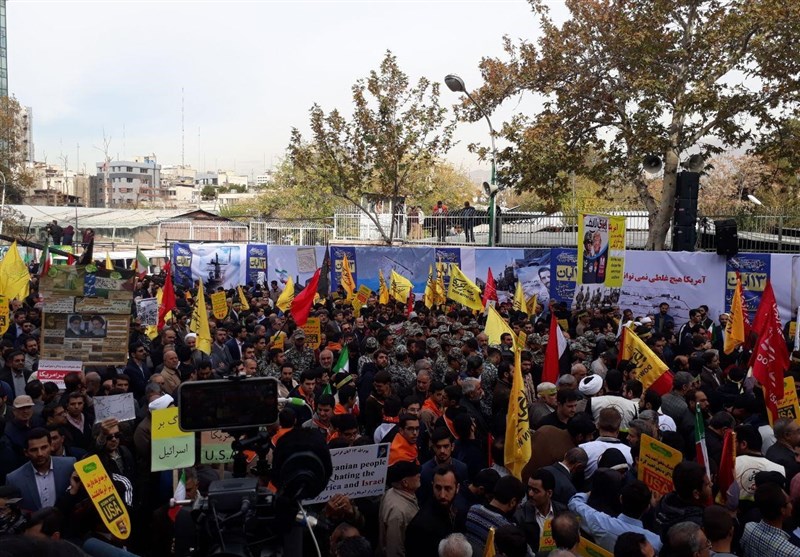