During the meeting in New York on Friday, Khoshroo and Guterres exchanged views about a range of issues, including major developments in the region and the world.

The Iranian diplomat pointed to a unilateral move by the US to withdraw from the 2015 nuclear deal known as the Joint Comprehensive Plan of Action (JCPOA) and called on Guterres to adopt a stance against US moves to violate regulations and impose sanctions on other countries.

At the beginning of the meeting, Khoshroo presented the UN chief with a hand-woven Persian carpet portraying him. 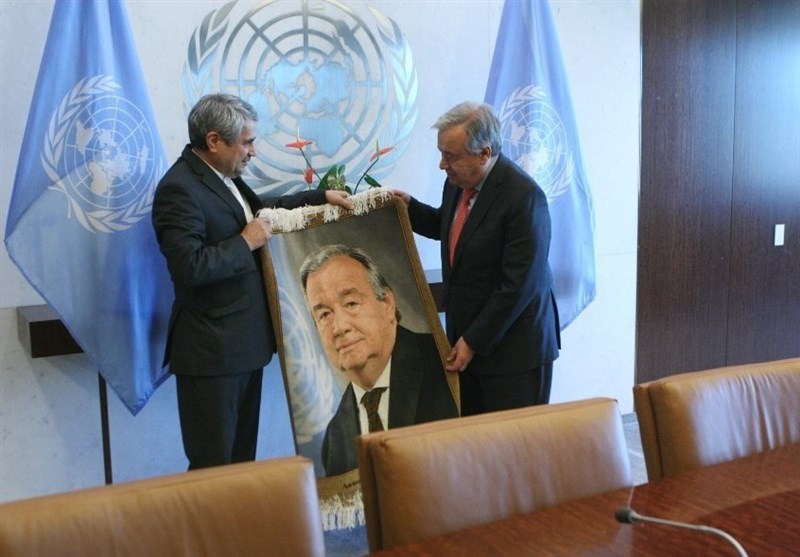 Earlier this year, the US Treasury Department revoked the license for the imports of Iranian-origin carpets and foodstuffs, including pistachios and caviar.

The move came in line with US President Donald Trump's hostile policy on Iran a few months after he withdrew his country from the 2015 nuclear deal, known as the JCPOA.

The US was the biggest buyer of Iranian carpets and imported hand-woven rugs worth $80 million annually before the imposition of sanctions.

Iran resumed carpet exports to the US after the lifting of anti-Iran bans under the JCPOA in 2016.

Negotiators Push On with JCPOA Talks in Vienna