TEHRAN (Tasnim) - One of the attractions of Iran and the country's central city of Yazd is Abarkooh Friday Mosque, also known as Jame Mosque of Yazd.

Abarkooh Friday Mosque is built in 14th century under the rule of Ilkhanid dynasty although certain sections of this mosque could suggest an earlier time of construction like the Seljuk period.

It has been largely restored and covered with mud and straw on the exterior. Mongol Empire and Timurid Empire are also suggested.

The Friday mosque is a problematic building whose full history will probably never be recovered.

Its core is an open-plan dome chamber whose Ilkhanid stalactite dome and bracing bridges between bays recall parts of the Nain Jameʿ. The shallow groined squinches of this chamber would suggest pre-Saljuk work were it not for the fanciful segmental profile of Ilkhanid type outlined above them. The stumpy octagonal columns and depressed arches (one leading to a low-crowned groined vault) also wear—perhaps deceptively—an ancient air. 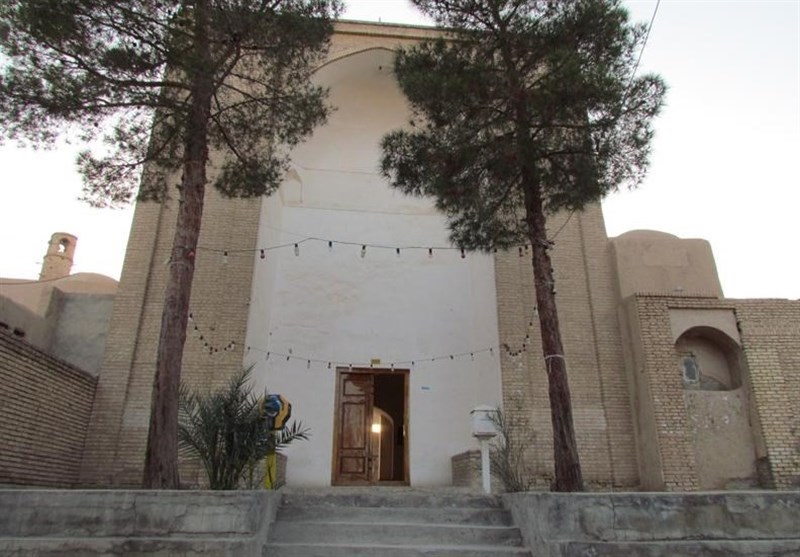 The second-story ribbed domical vaults in this part of the mosque suggest Saljuk parallels at the Isfahan Jameʿ, though their true form may be obscured by their plaster exterior. Clearly, uncertainties abound, but the dome chamber is undoubtedly too small to have functions as a mosque by itself. It was probably the principal feature of a small covered Shabestan of Saljuk or earlier date.

The lower part of this dome chamber—if indeed “domed bay” is not a better term—would thus belong to the Friday mosque mentioned by Ebn al-Balḵi before 510/1116. Most of the present mosque is Ilkhanid and was probably built in a single campaign. Its form is classical: four Eyvans disposed in cruciform fashion around a rectangular courtyard. The only unexpected feature is the prolongation of the qebla Eyvan, at a lower height, by a transversely vaulted chamber brilliantly lit in clere-story fashion. 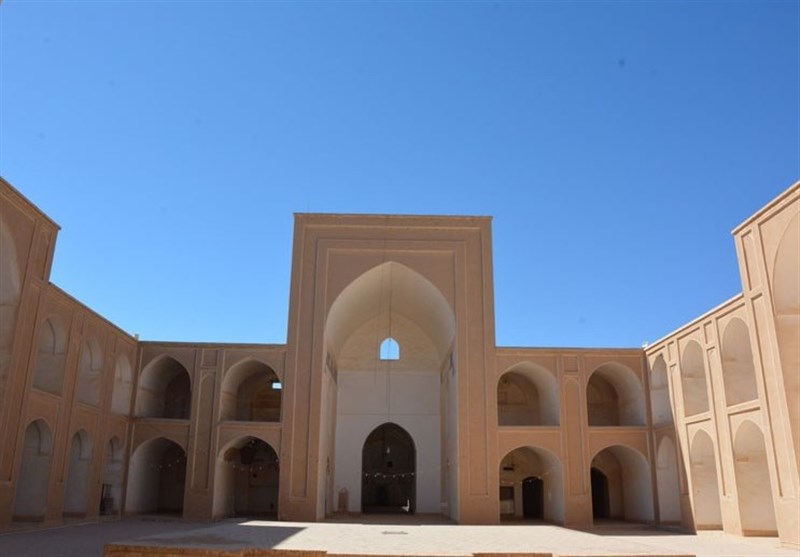 Numerous mehrabs, some of them reused marble windows, are scattered throughout the mosque and testify to several rectifications of the qebla, which is up to 30° out of true. Their masterpiece, one of the finest Ilkhanid stucco mehrabs known, is dated by its central nasq inscription to 738/1338. It has three major Quranic texts: one in Kufic framing the whole mehrab (17:80-82); one in nasq in the inner frame (48:1-3); and a third in Kufic in the mehrab niche itself (112:1-4). Various pious phrases (e.g., al-molk lellah) punctuate the coils of the mehrab. The form of the arch is echoed in the later tiled mehrab.