TEHRAN (Tasnim) - Although Kerman is truly an astonishing area due to unique ancient, historical and natural sites, here is an attraction which is neither historical nor natural but equally bizarre!

You may never imagine a garden which its harvests are hard stones ranging from few grams to about 10 kilograms!

Half a century ago some farms in a village of Sirjan became dried due to local misleading, that caused Darvish Khan, a deaf mute honest farmer to protest his discontent by creating a stone garden himself. 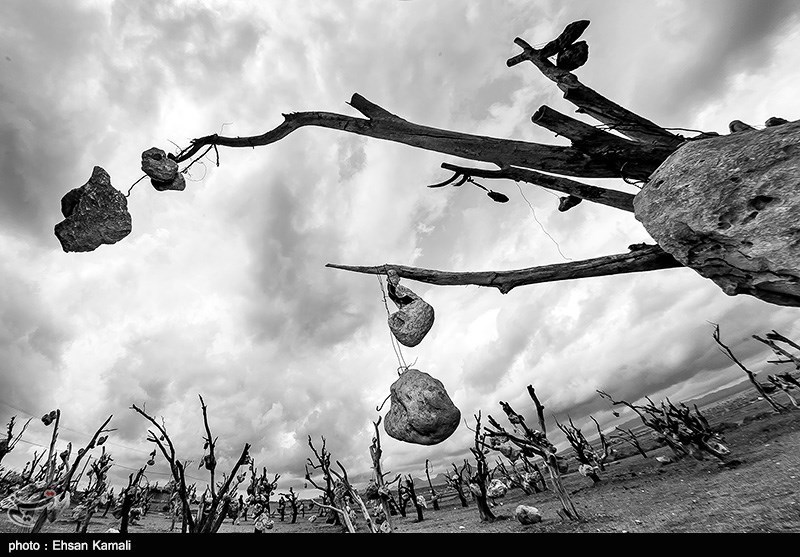 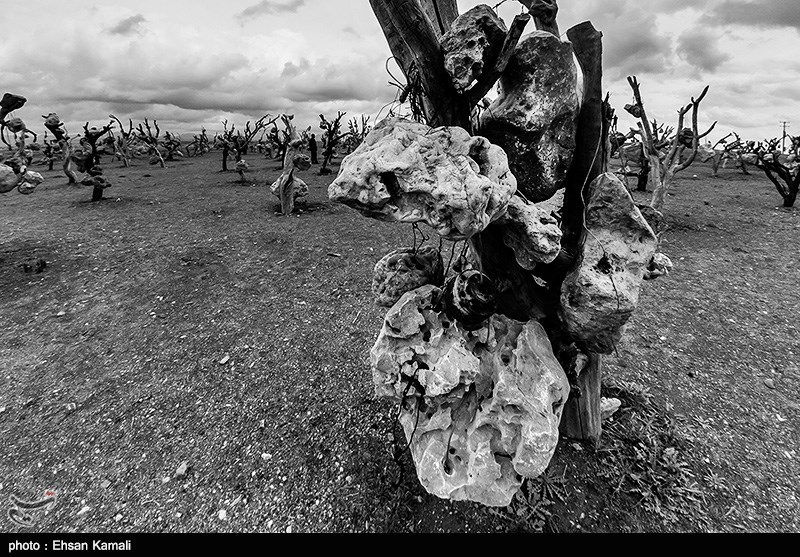 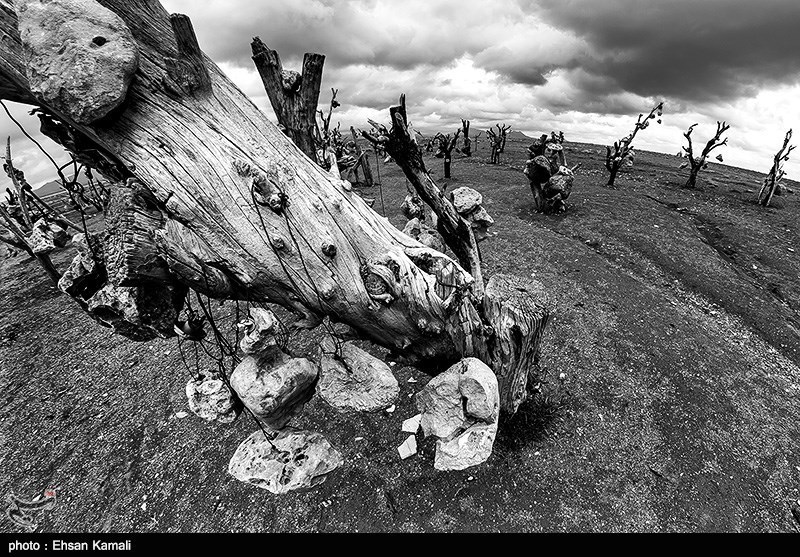 He implanted dried bodies of the trees on desert holding heavy stones hanged by wires! Any stone and tree relates a special memory of his last forty years.

Darvish Khan passed away at 2005 and buried in his garden, but elaborately piercing and lifting heavy stones is still a mystery which never discovered due to his silence. 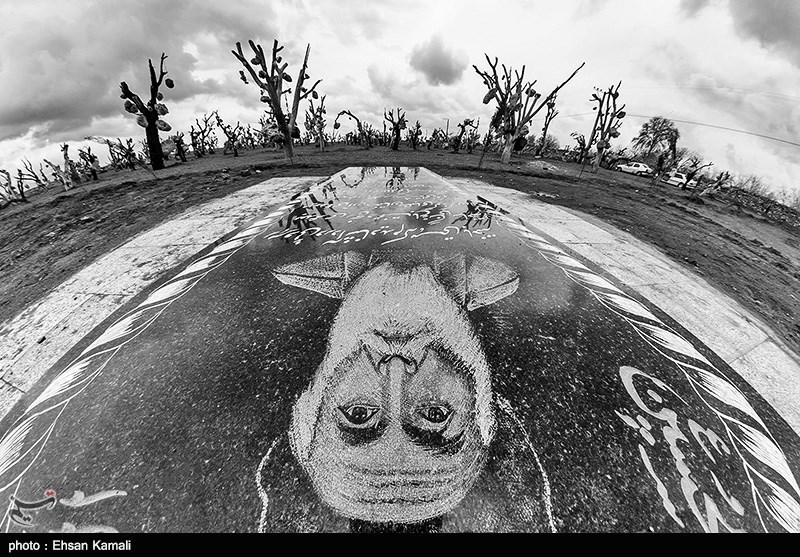 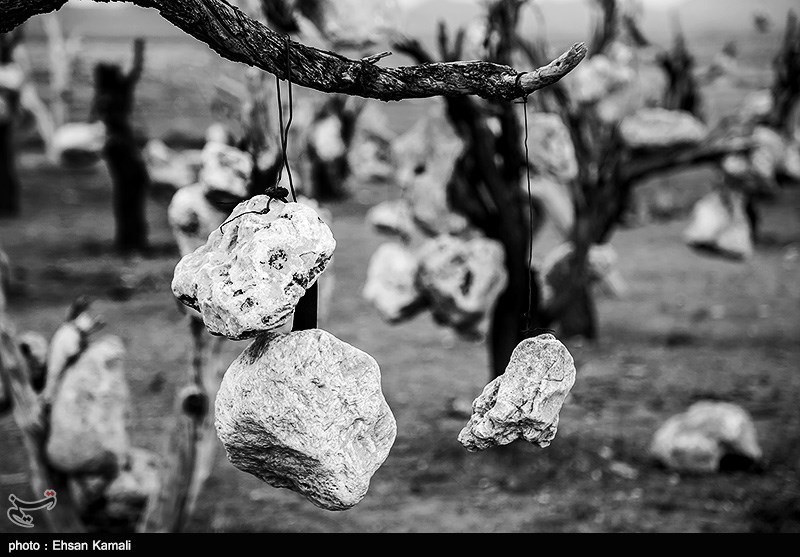 The Dolphin Park on Kish Island