TEHRAN (Tasnim) – A large-scale war game the Islamic Revolution Guards Corps (IRGC) Ground Force had staged in the Persian Gulf came to an end with the fulfillment of all objectives.

The main phase of the offensive war game, codenamed “Payambar-e Azam-12 (The Great Prophet)”, kicked off near the Qeshm island on Saturday and achieved all objectives.

The drill was attended by various military units of the IRGC Ground Force, including combat troops, engineering unit, and electronic warfare units.

Medium-range missiles were launched in the war game and Zolfaqar naval brigade from the IRGC Navy also attended the drill.

The IRGC troops exercised various tactics to launch ground and aerial attacks on the hypothetical enemy’s offshore targets during the war game.

The ground troops stormed the island with cover provided by armored vehicles and combat helicopters. 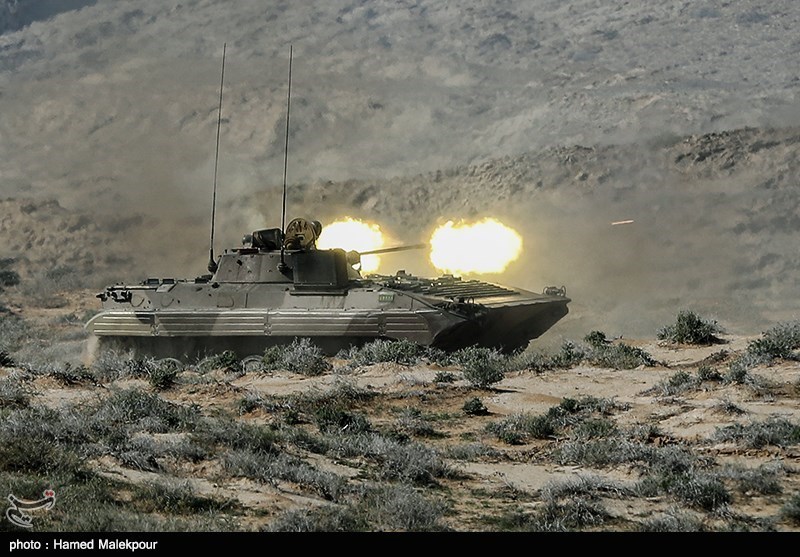 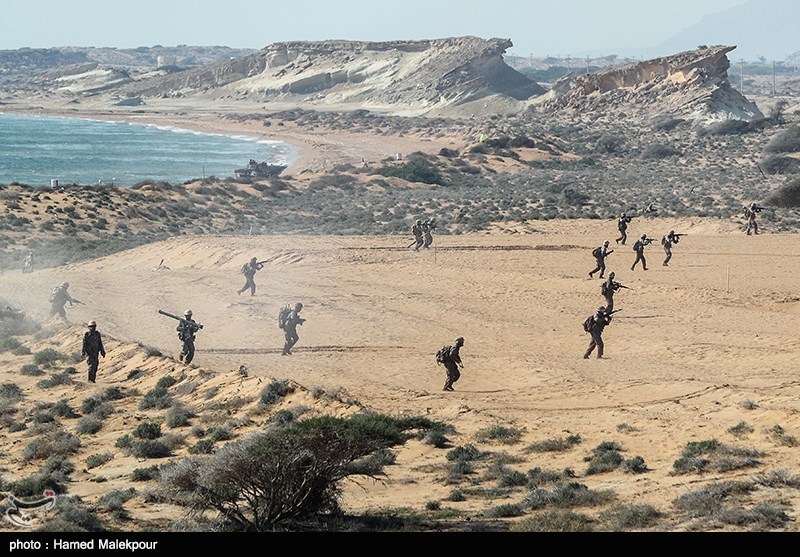 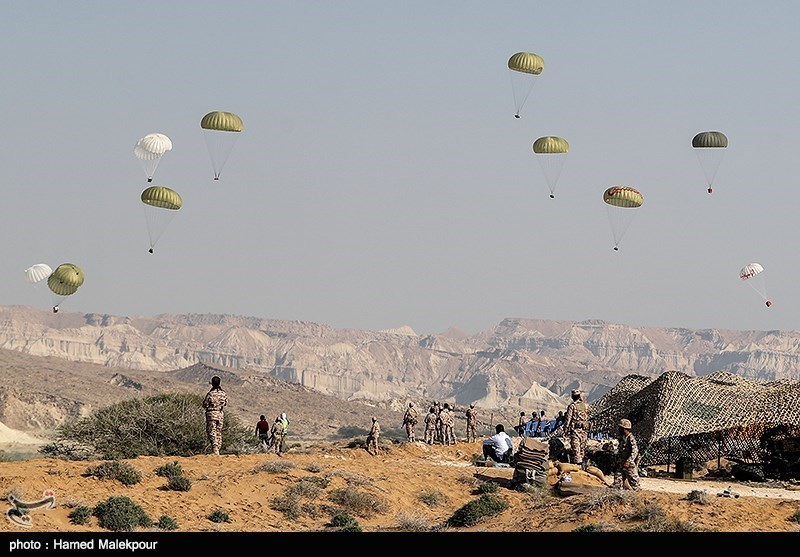 The IRGC could also set a new record in the rapid deployment of special forces and commandos to the operation zone from regions as far as 1,000 kilometers.

In another development, the Air Defense units shot down a hypothetical enemy’s drone with artillery systems.

Officials say anti-helicopter mines have been used in the exercise for the first time.

Such remote controlled mines can jump off the ground to a height of 150 to 180 meters before explosion and cause havoc for the hostile choppers with shrapnel scattering over a distance of 50 meters.