TEHRAN (Tasnim) – Russia’s ambassador to Tehran said Iran and Russia are “strategic partners”, adding that “our opponents” in the West are trying to drive a wedge between the two countries.

“We are not allies as there is no (military) treaty between Iran and Russia, but at the same time we are strategic partners,” Levan Dzhagaryan told Tasnim on Monday evening. 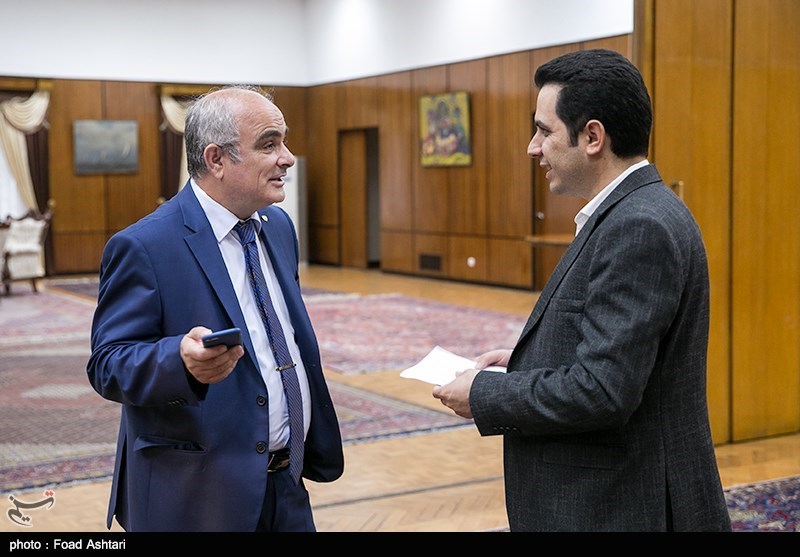 There is a difference between the concept of the words “ally” and “partner”, he added.

For example, NATO member states are considered allies based on the North Atlantic Treaty that was signed in 1949, Dzhagaryan explained.

The remarks came after Russian Deputy Foreign Minister Sergei Ryabkov in an interview with CNN on Friday denied that Moscow was allied with Tehran in Syria.

“(The Iranians) were very helpful when we convened the National Congress of the people of Syria in Sochi, but we do not see at any given moment completely eye-to-eye on what happens,” he said.

Ryabkov said it was inaccurate to categorize Russia and Iran as allies, as the two countries only “worked together” in Syria.

Further explaining on the senior diplomat’s comments, the Russian envoy to Tehran said, “We were really surprised by how Mr. Ryabkov’s interview with CNN led to such a (media) hype as no changes have taken place in Iran-Russia strategic ties”.

Stressing that Moscow is “extremely pleased” with its cooperation with Tehran, particularly in the fight against terrorism, he said, “Our opponents are seeking to create divisions between Iran and Russia, but will not be successful”.

The envoy further accused media of “distorting” Ryabkov’s remarks as “our opponents in the West” do not want Tehran and Moscow’s “close” cooperation to continue.

Elsewhere in the interview, Dzhagaryan said the two countries are cooperating in many other fields, including the Caspian Sea, human rights issues, and legal-related matters.

Asked about Europe’s failure to launch an alternative channel to send money to Iran, known as special purpose vehicle (SPV), that would sidestep US sanctions against the country, the Russia diplomat said, “I hope that this mechanism will be established in the coming days”.

If Europeans fail to do so, Russia will act independently and continue its trade and cooperation with Iran based on its national interests, he said.

Senior EU officials have been saying for weeks that the financing mechanism would be up and running soon, but they have hesitated to provide details amid European concern that Trump would target the country where it is based and any others taking part.

The SPV is part of EU efforts to keep alive the 2015 nuclear agreement between Tehran and world powers.

The White House has been warning the Europeans that they could face stiff fines and penalties should they try to circumvent the sanctions.