TEHRAN (Tasnim) – Iran on Saturday unveiled a long-range cruise missile dubbed “Hoveizeh”, which has been fully designed and manufactured by the country’s military experts.

In a ceremony in Tehran on Saturday, attended by Iranian Defense Minister Brigadier General Amir Hatami, the cruise missile, manufactured by the Defense Ministry’s Aerospace Industries Organization, was put on display and prepared to be handed over to the Islamic Revolution Guards Corps (IRGC) Aerospace Force.

Speaking at the ceremony, Brigadier General Hatami described the Hoveizeh missile as “a symbol of self-confidence” and said it is a major defense achievement that indicates Iran’s advances in today world’s military technologies.

The achievement proves that no barrier can block the Iranian nation’s determination in the defense sector, the minister added.

Elsewhere in his remarks, Brigadier General Hatami pointed to another domestically made cruise missile dubbed “Soumar” that had been unveiled earlier and said it has a range of 700 kilometers. 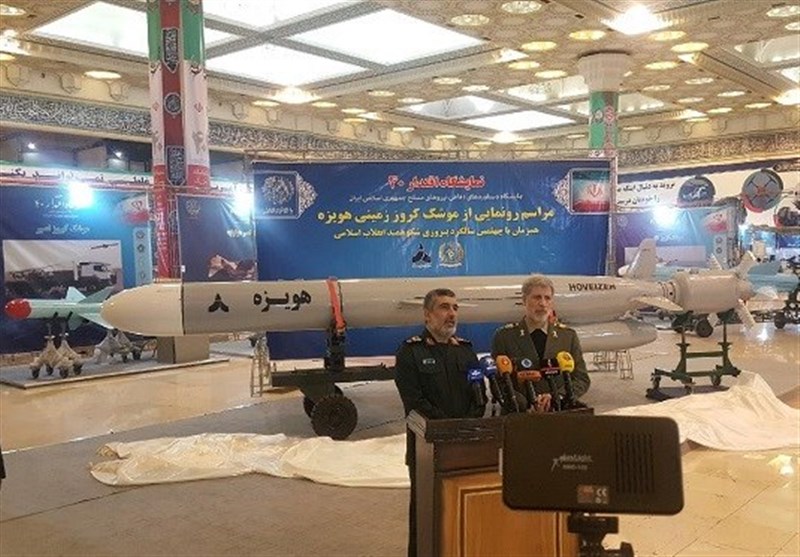 Back in February 2018, Leader of the Islamic Revolution Ayatollah Seyed Ali Khamenei called for efforts to maintain and boost Iran’s defense capabilities, hitting back at the enemies for disputing the country’s missile program.

“Without a moment of hesitation, the country must move to acquire whatever is necessary for defense, even if the whole world is opposed to it,” Ayatollah Khamenei said at the time.