TEHRAN (Tasnim) – Iran and Afghanistan signed a memorandum of understanding (MoU) to promote cooperation in the nuclear energy industry.

In a meeting in Tehran, Head of the Atomic Energy Organization of Iran (AEOI) Ali Akbar Salehi and Director General of Afghanistan Atomic Energy High Commission Tahir Shaaran signed the MoU on nuclear cooperation between the two neighbors.

Heading a ranking delegation from the Afghan nuclear organization, Shaaran was in Iran to get acquainted with the country’s nuclear capabilities and enhance mutual cooperation in various fields of the nuclear energy industry. 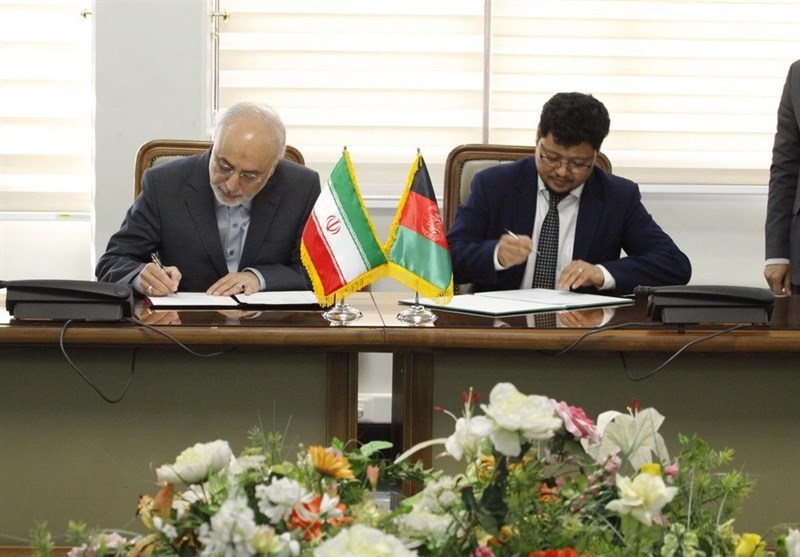 The Afghan delegation’s visit to Iran was made in coordination with the International Atomic Energy Agency (IAEA).

According to the agreement, Iran and Afghanistan will work together in diverse areas of the nuclear industry, such as providing capacities for the manpower and employing nuclear energy in the health sector and agriculture.

Iran and Afghanistan launched talks on a "comprehensive strategic partnership" document in June 2017 as part of efforts to boost bilateral relations between the two neighboring countries in diverse areas.

In the negotiations, a 35-strong delegation of Afghan deputy ministers and other high-ranking Afghan officials comprising five committees weighed plans for closer cooperation with Iran in various fields, including security, defense, economy, culture, and education.