TEHRAN (Tasnim) - Ahmad Shahi Pavilion is located in the Niavaran Palace Complex, in northern neighborhood of the Iranian capital, Tehran.

Ahmad Shahi Pavilion was constructed as a two-storey building beside the main palace which was Mohammad Reza Pahlavi's dwelling, and Sahebqaraniyeh Palace, the oldest building in the complex.

The entrance to the building is located on the southwest side of the palace which leads to the Pavilion by the tiled pond through a number of steps.

Among the features of this building are ornaments and brickwork used throughout its exterior.

The ground floor of this building consists of a hallway with a marble pond in the middle and six rooms and two corridors around it.

Ornamental items made of bronze, silver, ivory, and wood, souvenirs from different countries, and medals, badges, and miniature paintings are on display in this section.

A number of animal and plant fossils, pieces of ornamental mineral stones, and a stone from the moon gifted to Mohammad Reza Pahlavi by the former US President, Richard Nixon, are showcased in this hall.

The second floor of the building consists of a central hall and a four sided veranda.

The architectural style of the structure belongs to the late Qajar era. The style of architecture used in the construction of the building has made it distinct from its contemporaries in a way that its elegance cannot be compared to any other structure. The building is located right in front of a large pond and has become a popular subject for photographers because of its unmatched beauty. 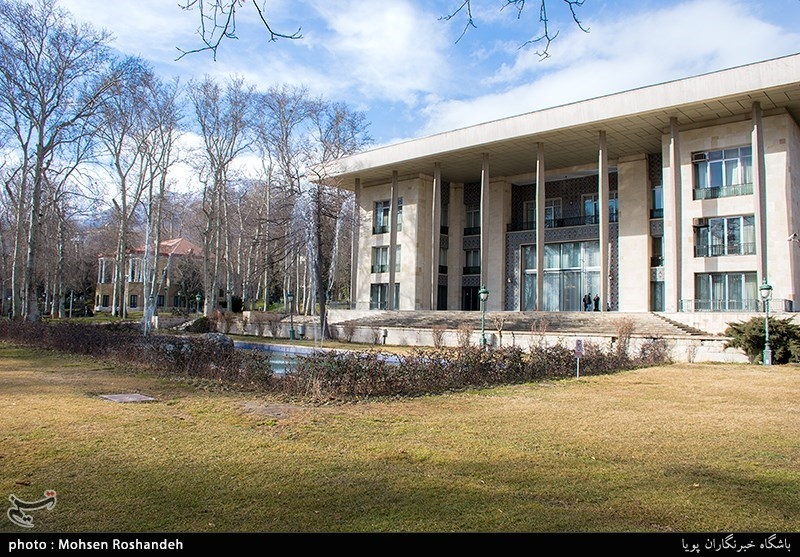 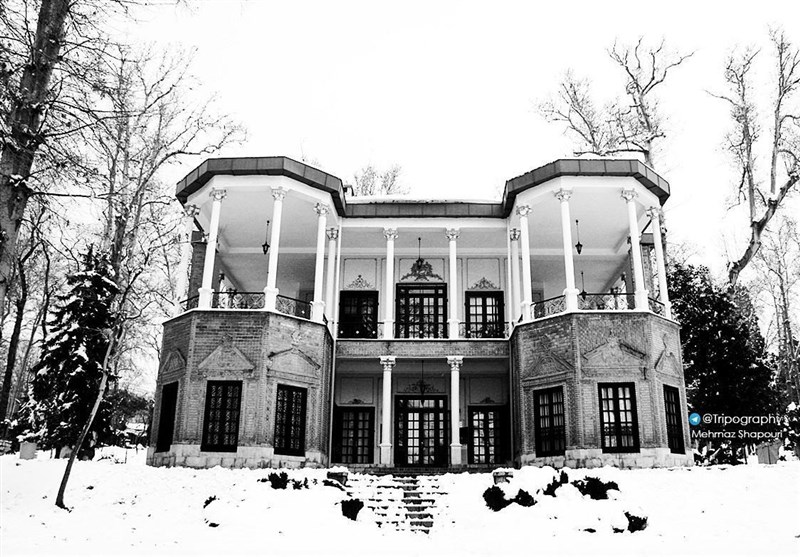