TEHRAN (Tasnim) – Iran’s Intelligence Ministry has dealt a serious blow to the US Central Intelligence Agency (CIA), a senior official said, adding that 17 spies working for the CIA have been identified and arrested.

The director of the Intelligence Ministry’s counterespionage department said on Monday that the CIA spy ring was busted on June 18 and 17 spies were arrested.

He added that they were employed in sensitive centers or worked in private sector firms related to these centers active in the economic, nuclear, infrastructural, military and cyber areas.

The 17 spies had no links to one another and each of them was separately linked to a CIA officer, according to the official.

He said some of them were lured into working for the American spy agency by offering them US visas.

Complex technical equipment had been given to these individuals for collecting classified information and they had received special training from CIA officers, he added.

He also noted that the intelligence agencies of some Asian and European countries had been collaborating with the CIA in these espionage activities.

The Intelligence Ministry official further said the spies were handed over to the judiciary, adding that some of them have been sentenced to death while others have received lengthy jail terms. 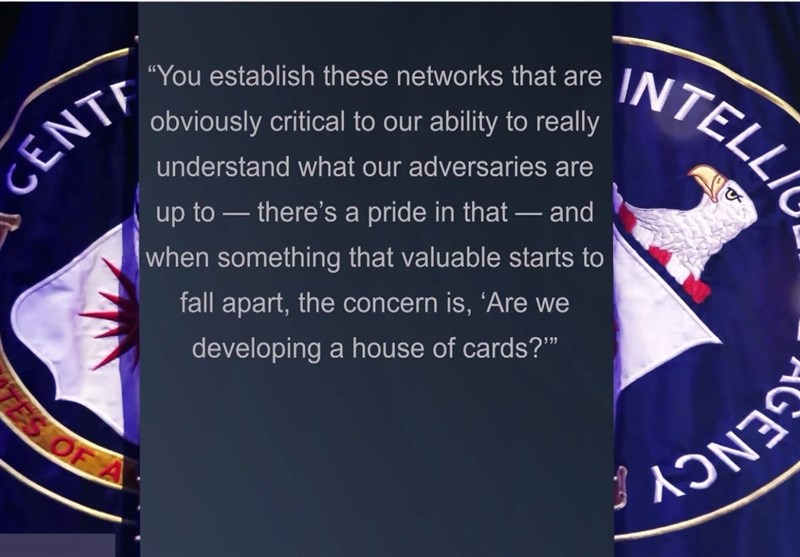 Last month, the director of the Intelligence Ministry’s counterespionage department had said that the country’s intelligence forces had dealt a “heavy blow” on the US by detecting and disbanding two sophisticated cyber espionage networks affiliated to the CIA.

“The US espionage network includes a considerable number of professional CIA spies who have received a blow in the recent attack from the Intelligence Ministry of the Islamic Republic and its global allies,” the official said on June 18, adding that the spies involved in the case are regarded as “premium sources” by the CIA, because of their close cooperation with the US spy agency and the information they had been providing.

Highlighting the counterespionage activities of the Intelligence Ministry at the international level, the official said Iran uses the “capacities of other allied (intelligence) services” in the battle against the US.

He also said Iran’s success to uncover Washington’s international cyberespionage network not only prevented hostile intelligence measures against Tehran, but also disrupted a remarkable part of the global intelligence activities of the United States.

The Americans take advantage of the cyber-space to act against Iran and also to contact their spies across the world through safe communication systems, the official said, s noting that the Iranian forces managed to penetrate into the US cyberespionage systems, which operate under the guise of social, health or athletic websites.

“Detection of the spies was not confined to Iran alone, although Persian websites were also among those sites,” the intelligence official stated, adding that a number of the spies were identified as Iranians committing treason and cooperating with the CIA from inside the country deliberately.

Some of those Iranian nationals were brought to justice, while a number of others were used as an “opportunity” and employed for infiltration into the US cyberespionage network, the official added.

The director general explained that the US tried to retrieve all of the spies and bring them out of different countries after realizing the blow from Iran, which resulted in the termination of the network.

The spies working for the CIA used to cover various industrial, military, cyber, economic and infrastructural spheres, the official noted, adding that the Americans have described the blow as a defeat that resulted in the shutdown of their plans.