TEHRAN (Tasnim) – Leader of the Islamic Revolution Ayatollah Seyed Ali Khamenei called on the Iranian young elites to push the boundaries of science and technology and quicken the pace of Iran’s scientific progress.

More than 100 medal winners of national and international science Olympiads as well as members of the Iranian national youth volleyball team met with Ayatollah Khamenei in Tehran on Wednesday.

In the gathering, the Leader reminded the academically and athletically gifted Iranians that being an elite puts them on an “endless road”.

“A scientific progress that would benefit the country will be possible through a revolutionary outlook on the basis of Islamic ideology, and the young elites must set their main target to reach the boundaries of science and technology and to push those boundaries,” Ayatollah Khamenei added.

The Leader also hailed Iran’s scientific advances after victory of the Islamic Revolution, particularly in the past 20 years, stressing that the young generation of elites should keep the accelerating pace of scientific progress in Iran. 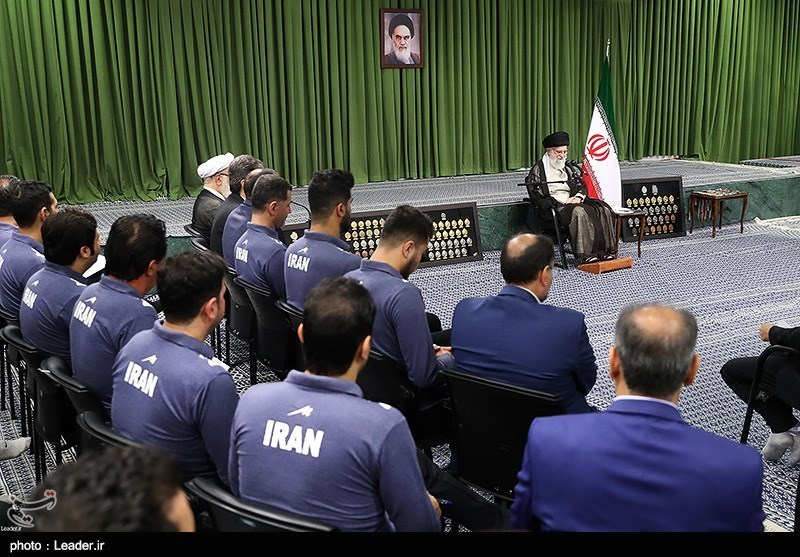 Highlighting Iran’s top position in the nanotechnology studies, the Leader said the younger generation is expected to work on hundreds of other subjects in the scientific sphere, make discoveries in the area of unknown biotechnology subjects, and not confine their efforts to ordinary scientific progress alone.

“The road for elites in an endless road with efforts and development, so winning a medal should not be considered as an end to this road or a halt to the capacities and talents of the elites,” Ayatollah Khamenei added.

The Leader has on various occasion highlighted the role of science as a means of power and development, urging efforts to maintain the pace of scientific growth in Iran despite enemy efforts to undermine it.

In an address to a gathering of young Iranian elites in October 2018, Ayatollah Khamenei highlighted the need for scientific progress in the country, saying employment of the potential of elites will boost the country’s power and minimize its vulnerabilities.

“If we make scientific progress, the threats from our civilizational, political, and economic enemies will not be permanent and will diminish,” the Leader had announced.

IRGC Chief: Iran Able to Seize All US Bases in Region

Leader to Deliver Speech on Beginning of Sacred Defense Week

Sanctions against Iran Have Never Worked Out, Russian FM Says