In an interview with Tasnim, Hakim lauded Lt. General Soleimani as an exceptional commander with high intelligence, saying the martyr had indescribable skill in organizing military operations and guerrilla wars against terrorists.

Ammar al-Hakim was frequently in contact with the former commander of the Islamic Revolution Guards Corps Quds Force.

Lt. General Soleimani, the deputy head of Iraq’s Hashd al-Sha'abi Abu Mahdi al-Muhandis, and a number of their entourage were assassinated in an airstrike by American drones near Baghdad International Airport in the early hours of January 3.

Following is the full text of Ammar al-Hakim’s interview with Tasnim about the late Iranian commander:

Tasnim: You are among the people who had close ties with General Soleimani throughout the past years and worked with the martyr on various issues. How did you get to know General Soleimani?

Hakim: In the name of God, the Most Gracious, the Most Merciful. I greet you and once again offer my condolences over the martyrdom the great commander of Islam, highly-revered Lt. General martyr Qassem Soleimani to the Supreme Leader of the Islamic Revolution, to the great and dignified Iranian nation, and to the respected family of the martyr. My close acquaintance with the dear martyr dates back to 2003, when we were preparing to return to Iraq following the overthrow of Saddam’s Ba’athist regime.

At that juncture, I was assigned by the Shaheed al-Mehraab (martyr of the altar, namely Ayatollah Sayyid Mohammad Baqir al-Hakim) to organize and dispatch the religious education students from the seminary of Qom to Iraq. It was then that I met General Soleimani for the first time in the presence of Martyr Hakim, and was acquainted with him. Since that time, perfect coordination was formed with him (General Soleimani) in the dispatch of those dear individuals (clerical students). Afterwards, we maintained close contacts with each other since General Soleimani was in charge of Iraq’s case inside the Islamic Republic. 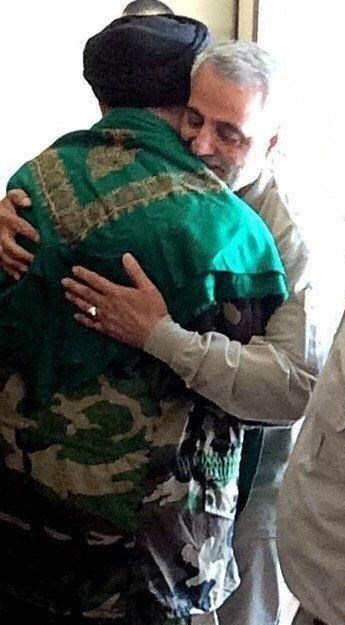 Tasnim: How good were the relations between Martyr Soleimani and the prominent Iraqi figures, including the martyrs Sayyid Mohammad Baqir and Sayyid Abdul Aziz al-Hakim and the other Iraqi elders?

Hakim: They had such brotherly, cordial and warm relations that truly enjoyed a considerable reputation among everyone. General Soleimani’s move to cordially see Martyr Hakim out on the way to Iraq and the great martyr’s (Gen. Soleimani’s) special respect for late Sayyid Abdul Aziz in the hard time of his illness would be never forgotten.

Tasnim: What is your analysis of General Soleimani’s personal and management qualities, in terms of moral characteristics, treatment of the other people, the power of predicting and analyzing the incidents, and the management of crises?

Hakim: Late Martyr Soleimani was a matchless and exceptional person. One can find a clear model for jihadi management in his personal manners, moral behavior, and also the way he organized and managed the work, which could be hardly found in anyone else. He was quick-witted with high intelligence in analyzing, had special capability to organize the forces on the field, and enjoyed indescribable and unique efficiency in designing the military operations and guerrilla wars.

Tasnim: The front of resistance involves many people with different nationalities, Iranians, Iraqis, Afghans, Syrians, Lebanese etc., with respective cultures and faiths. Apart from their different nationalities, the forces in the front of resistance follow various religions and faiths, like the Shiites, Sunnis, Christians etc. all fighting together against a common enemy. How could General Soleimani gather all of them together and create a mood in which all of those fighters were fighting in a brotherly manner?

Hakim: You mentioned an important issue in the exact way. That is true. He treated everybody equally, regardless of the sectarian, racial, or religious differences. He did not care about such differences, but attached significance to the materialization of goals of Islam and the Revolution. This was one of the major unique qualities of our dear and revered martyr. 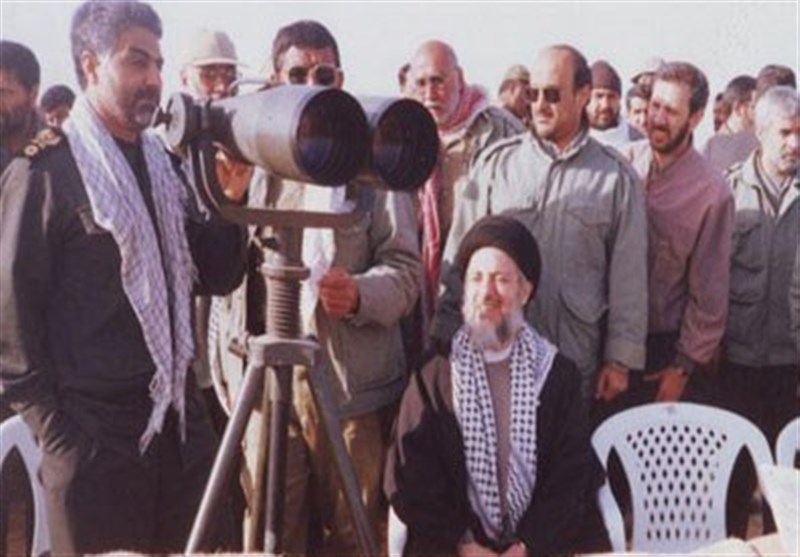 Tasnim: What role did General Soleimani and the IRGC Quds Force play in dealing with the recent regional crises, particularly in the fight against the Takfiri terrorist groups in Iraq and Syria?

Hakim: As mentioned before, the highly-revered martyr had high intelligence and special acumen in handling guerrilla wars and irregular warfare, and the result of such quality was that his plans entailed the lowest possible costs and resulted in the highest number of victories.

When Daesh (ISIS) conquered Mosul, he (Gen. Soleimani) went to Baghdad. The atmosphere of Baghdad and other regions was very tense. With his great self-confidence, he then presented an inclusive plan to stop the advance of Daesh which addressed the main weak points and deficiencies of the security forces. Afterwards, the offensive attacks began and various regions under the control of Daesh were being cleansed of them (terrorists) one after another.

(General Soleimani’s) Great power to mobilize forces, the accurate assessment of the enemy’s power, the ability to recognize the power of the friendly fire, and a proper understanding of the enemy’s psychological war resulted in the gradual degradation and ultimate collapse of a powerful force such as Daesh.

The martyr’s (Gen. Soleimani’s) presence in the battlefields and the front line and his personal visits to the operation zones, despite the huge risks, played a leading role in the management of irregular wars and was a perfect model.

Tasnim: Considering the magnificent funeral of those martyrs in Iran and Iraq, what effect do you think the blood of General Soleimani and his comrades, including Martyr Abu Mahdi al-Muhandis and other Iraqi martyrs, will have on the unity and proximity between the two nations?

Hakim: Given the great martyr’s role and mission, he always pushed for the materialization of such proximity in all arenas. Despite the whole hostile plots to damage the significant and strategic relations (between Iraq and Iran), such ties will continue to get stronger and institutionalized thanks to the blood of those dear martyrs, God willing. The existing commonalities between the two nations are numerous and extensive, which must be taken into account.

Tasnim: What is your evaluation of future of the front of resistance after the martyrdom of General Soleimani?

Hakim: The dear martyr’s unique role in strengthening the front of resistance is undoubtedly matchless, however, we hope that the presence of the noble and devoted brother, his (Gen. Soleimani’s) age-old comrade, the great commander, Mr. Qaani, and all of his dear colleagues and the elements of this front in various regions would result in strengthening and continuation of it (resistance front).

Tasnim: By assassinating General Soleimani and Abu Mahdi al-Muhandis in such a way, the Americans have actually committed an act of official assassination, which will naturally have consequences for them, particularly considering a strong reaction their move sparked in various countries, specifically among the people of Iran and Iraq. What consequences do you think such terrorist activity will have for the Americans?

Hakim: The biggest revenge for the blood of the great martyr is that his path will be continued to achieve the goals to which he devoted his life. We in Iraq believe that the foreign military forces must withdraw from the holy soil of this country, and the national sovereignty and political independence of Iraq must be ensured at the hands of the grown children of the Iraqi nation.

Tasnim: At the end, if you want to tell Martyr Soleimani a few words, what would you say?

Hakim: We’d tell the great martyr, Hajj Qassem, that ‘you left us and marked a wound on our hearts which will remain with us forever. Rest in the peace of martyrdom that you gained in the path of God and which was the result of your jihad and efforts. May God let us join you in safeguarding the religion and its superb values. Your manner, fortitude and perseverance will always exist in our hearts.’