TEHRAN (Tasnim) - Fears over the spread of the coronavirus have triggered violence in Ukraine, where protesters hurled stones at buses carrying evacuees from China.

Demonstrators in the village of Novi Sanzhary in the central Poltava region clashed with police and burned tyres, as the convoy lead 70 evacuees to a quarantine centre in the area.

Stones shattered the windows of one of the buses but it appeared nobody inside was injured.

However nine officers and one civilian needed hospital treatment as a result of the wider clashes, regional police said in a statement, Sky News reported.

Hundreds of helmeted officers, police vans and an armored personnel carrier had been dispatched to keep order as the villagers waited for evacuees to arrive.

Since the early morning, several hundred residents had cut off the road to the quarantine centre which will host the evacuees.

The protesters fear they could become infected.

Demonstrators, some of whom reportedly appeared drunk, put up road blocks, burned tires and clashed with riot police who moved to clear access.

One protester tried to ram police lines with his car. 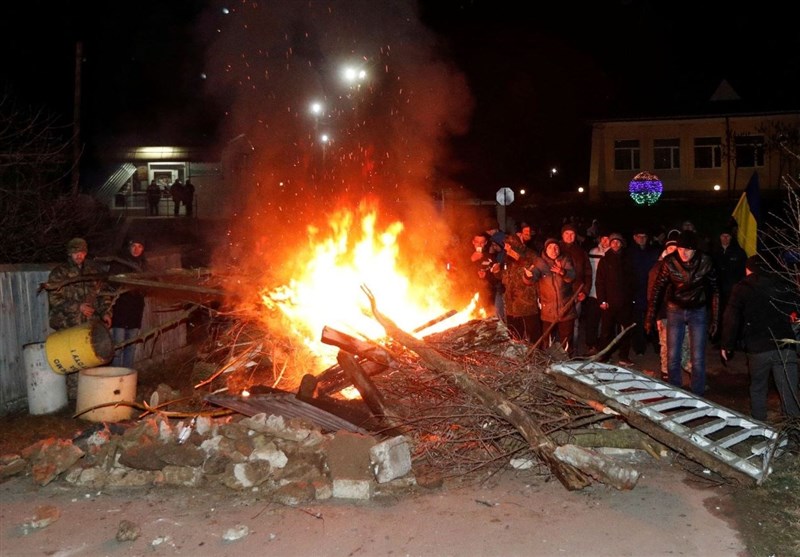 Buses carrying evacuees were finally able to reach the designated place of quarantine after hours of clashes.

The masked evacuees, exhausted by the long journey, were peeking through bus windows as they drove slowly under a heavy police escort.

Interior Minister Arsen Avakov, who personally visited the site to try to calm the crowd, said he was shocked by the aggression.

Mr. Akakov said in televised remarks: "What we saw was shameful.

"It was one of the biggest disappointments in my life."

Ukrainian President Volodymyr Zelenskiy weighed in, saying the protests showed "not the best side of our character".

He tried to reassure people that the quarantined evacuees wouldn't pose any danger to local residents.

Mr. Zelenskiy said in a statement published on Facebook that the people evacuated from China are healthy and will live in a closed medical centre run by the country's National Guard.

He said: "In the next two weeks it will probably be the most guarded facility in the country."

She urged residents to show sympathy and support for the evacuees and emphasized that the quarantine facility is in full conformity with international standards.

The minister said: "I was shocked by the panic, rejection, negative feelings and aggression.

"It was even a greater shock for the people who were evacuated from China." 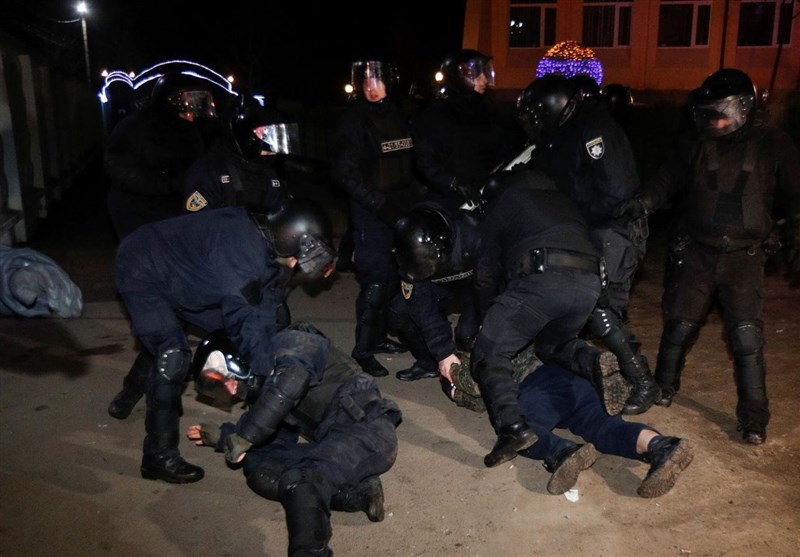 But local officials vowed to continue opposing the evacuation, saying that the quarantine centre's sewage system is linked to the one in the village and ends up in a nearby wastewater facility.

The municipal legislators said in a statement: "We can't allow putting the health and life of local residents at risk, and demand that top officials take urgent moves to prevent people from China from being put here."

A plane carrying 45 Ukrainians and 27 foreign nationals took off from Wuhan, the epicentre of the outbreak, in the early hours of Thursday.

China's vice technology minister Xu Nanping has said a coronavirus vaccine will be submitted for clinical trials in late April at the earliest.

There have been a total of 76,243 suspected and confirmed cases of COVID-19, the disease caused by the coronavirus, according to the Johns Hopkins University which is mapping the outbreak.

The centre has so far recorded 2,247 deaths from the illness, with the vast majority of them in mainland China.

Two people died after contracting the illness on the Diamond Princess Cruise ship off the coast of Japan.

There has also been one death in each of Japan, the Philippines, South Korea, Taiwan and France.

An evacuation flight for around 70 Britons who have been stuck on the Diamond Princess is expected to leave on Friday.

US Death Toll from Coronavirus Surpasses 10,000

Atkinson: Trump Fired Me Because I Handled Whistleblower Complaint Properly

VP: No Shortage of Basic Commodities in Iran

Iran on Verge of COVID-19 Containment in Some Provinces: Minister