TEHRAN (Tasnim) – President of Iran Hassan Rouhani said a big turnout of voters in the ongoing nationwide elections would further frustrate the enemies.

Speaking to reporters after casting his ballot at the Friday’s nationwide votes for the parliament and the midterm elections of the Assembly of Experts, President Rouhani said the great Iranian nation would bring another glory to the country with their high turnout in the elections and would further frustrate the enemies of Iran.

He also noted that all polling stations across the country have online contact with the central headquarters of the election at the Interior Ministry.

The president explained that the online connection allows the organizers to monitor how many people have cast their ballots at every moment.

Rouhani finally expressed hope that the next election in Iran in 2021 would be fully held with electronic ballot boxes. 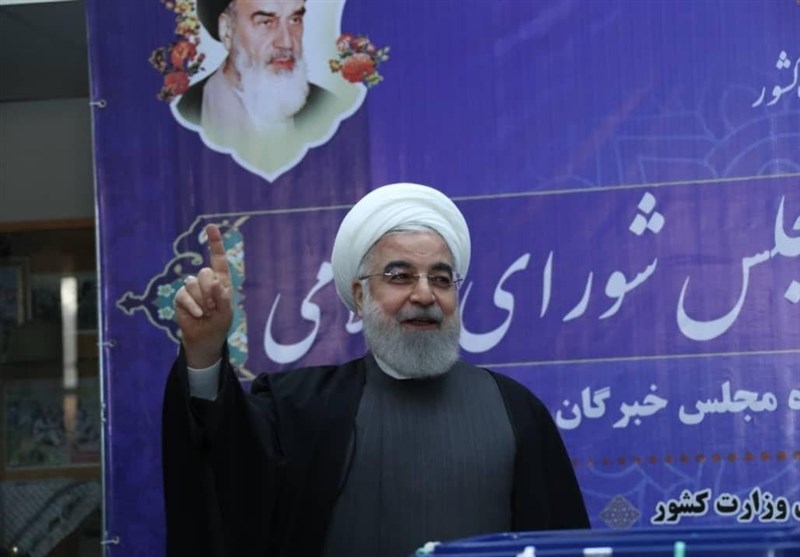 The nationwide votes for the parliament and the midterm elections of the Assembly of Experts officially began in Iran on Friday morning.

In comments after voting just minutes after beginning the elections, Leader of the Islamic Revolution Ayatollah Seyed Ali Khamenei described the election day as a “national celebration” and a day to “restore the civil rights of the nation”.