TEHRAN (Tasnim) - Social media users have accused Google and Apple of scrubbing Palestine from Google and Apple maps, posting hundreds of tweets criticizing the American corporations’ alleged decision to do so.

The only problem is, the companies never “removed” anything, and there’s been a petition circulating on Change.org for years asking the mapping services to put the labels where pro-Palestine users feel they belong. Some users criticized their fellow Twitterians for jumping on the bandwagon of demanding the label ‘be put back’ before researching the issue in any depth. 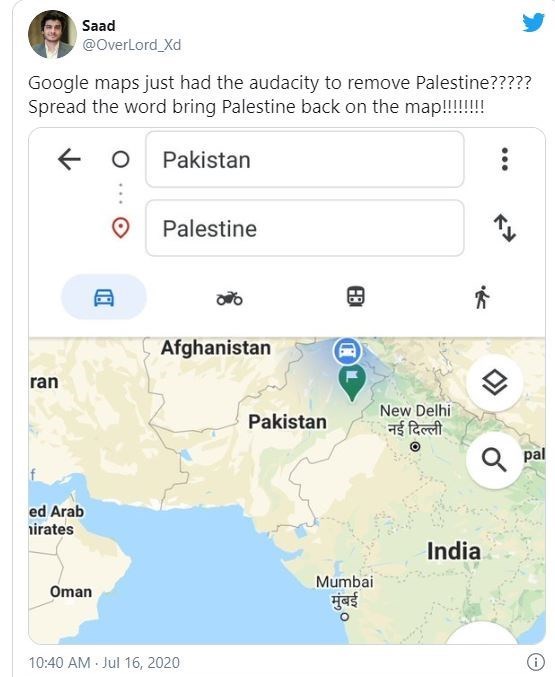 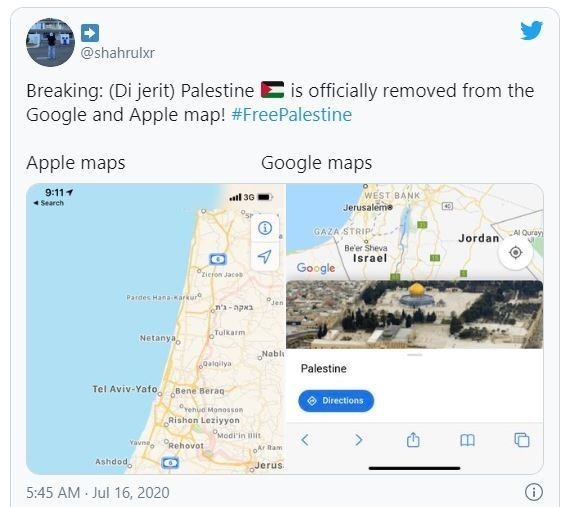 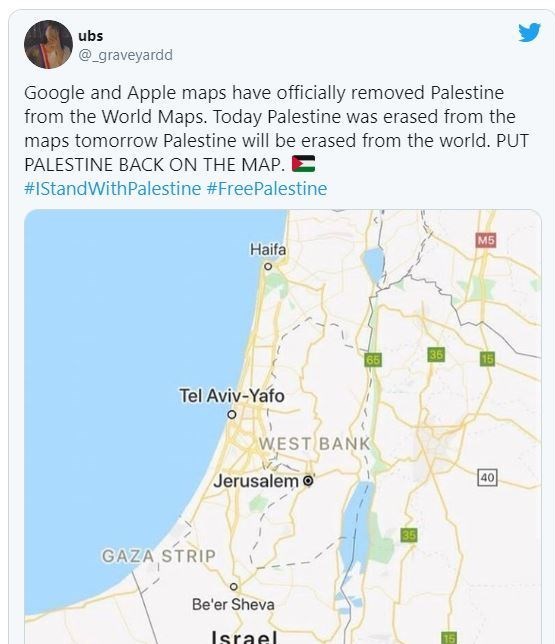 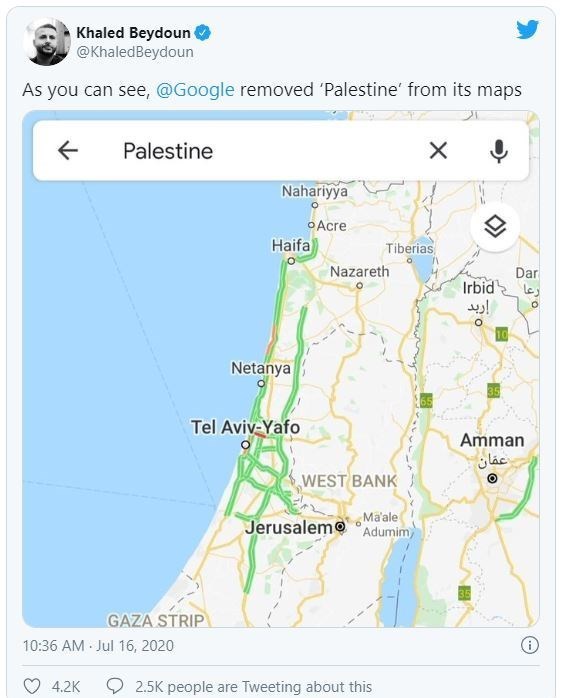 Google addressed claims that it had “deleted” Palestine from its maps in 2016, saying it had no such label in the first place, but confirming that a bug had temporarily removed the labels for the West Bank and Gaza Strip and had since been fixed. Allegations that it had silently deleted the Palestine label prompted the #PalestineIsHere hashtag to trend. 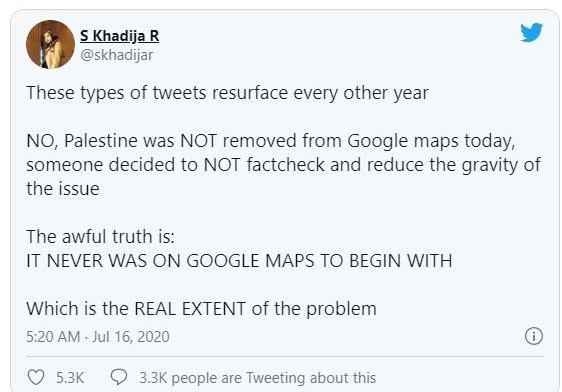 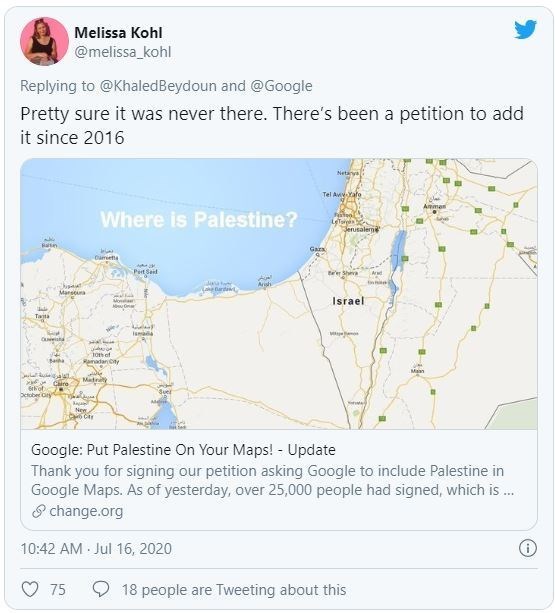 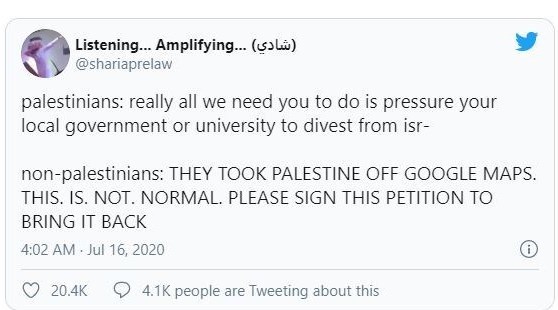 Apple Maps was also mixed up in the furors, both in 2016 and more recently, although its mapping service doesn’t label Palestinian territories or differentiate them from Israel.

Although few users noticed it, Bing Maps also doesn’t label Palestine, although the West Bank and Gaza can be found on its map.

Yandex Maps, the mapping service of the popular Russian search engine, does label Palestine, however.

Biden to Announce Extension of Increased US Troop Presence in Poland: Report

Half of Canadians Say Trudeau ‘Not Up to Job’: Poll

China Urges NATO to Give Up Attempts at Destabilizing Asia: Foreign Ministry

US Delegation Arrives in Venezuela for Talks