TEHRAN (Tasnim) – At least seven children and a teacher were killed in a shooting at a Russian school in the southwestern city of Kazan, local officials said.

Rustam Minnikhanov, governor of the Tatarstan republic, of which Kazan is the capital, said that four male and three female students had died in Tuesday’s shooting, Al Jazeera reported.

Two children could be seen leaping from the third floor of the four-storey School Number 175 as gunshots sounded, in a video filmed by an onlooker that was circulated by RIA.

According to regional health officials, 21 others were hospitalized with wounds, including 18 children. Six are reportedly in intensive care.

It was possible the toll would rise.

There was no way to immediately reconcile the differing death tolls.

According to the Interfax news agency, two gunmen opened fire in the school, while other reports said the attack was carried out by a lone shooter.

Social media footage showed a young man being pinned to the ground outside the school building by a police officer.

“The terrorist has been arrested, (he is) 19 years old. A firearm is registered in his name. Other accomplices haven’t been established, an investigation is under way,” Minnikhanov said after visiting the school on Tuesday. 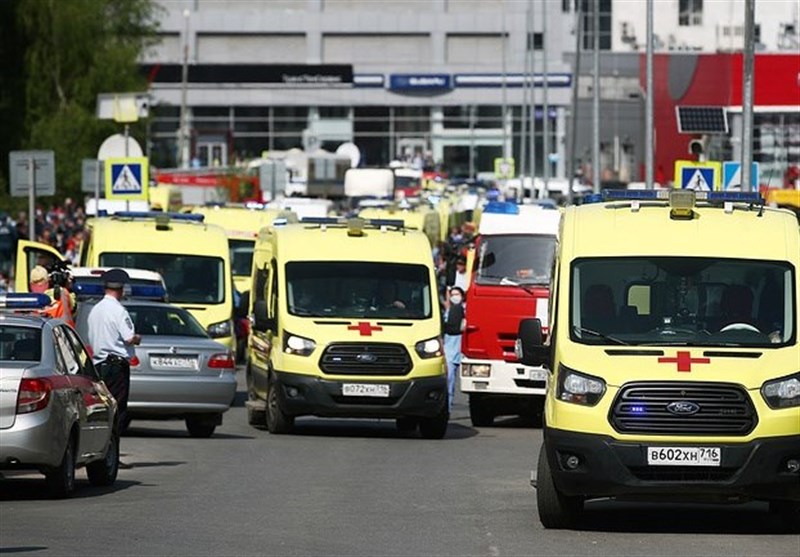 It was not clear whether any other shooters remained at large.

Footage also showed emergency service vehicles parked outside the school, with people running towards the building.

“The president gave an order to urgently work out a new provision concerning the types of weapons that can be in civilian hands, taking into account the weapon” used in the attack, Kremlin spokesman Dmitry Peskov told reporters.

Authorities said additional security measures have been put into place in all schools in Kazan, which sits roughly 800 kilometers (500 miles) east of Moscow.

School shootings are rare in Russia.

One of the last major shootings of its kind took place in Russian-annexed Crimea in 2018, when a student at a college killed 19 people before turning his gun on himself.

One Person Killed in Shooting at Airport in Canada’s Vancouver

One Person Killed in Shooting at Airport in Canada’s Vancouver

Russia Seeks Productive Dialogue with US on Cyber Security: Lavrov

Over 2 Million in England May Have Had Long COVID-19, Study Finds