TEHRAN (Tasnim) – Iranian President-elect Ebrahim Raeisi reminded the US of its responsibility to carry out the 2015 nuclear deal, saying Washington must also lift all of the sanctions on Iran.

Speaking in his first press conference after winning the presidential election, Raeisi took a swipe at the US for violating the Joint Comprehensive Plan of Action and at the European states for failing to honor their commitments under the nuclear deal.

“Americans should have lifted all sanctions under the JCPOA, but failed to do so. I advise the Americans to return to their commitments, and Europe should not come under pressure from the US and (should) fulfill its commitments,” he said.

“The US is required to lift all of the sanctions against the Iranian nation. What I have emphasized repeatedly is the termination of sanctions and verification,” Raeisi stated.

The US must explain why it is procrastinating when it comes to the fulfillment of the JCPOA commitments, the president-elect said.

Raeisi made it clear that regional issues or Iran’s missile program would never be subject to negotiations, wondering how the US could ask for talks on a new subject while it has failed to honor its previous commitments. 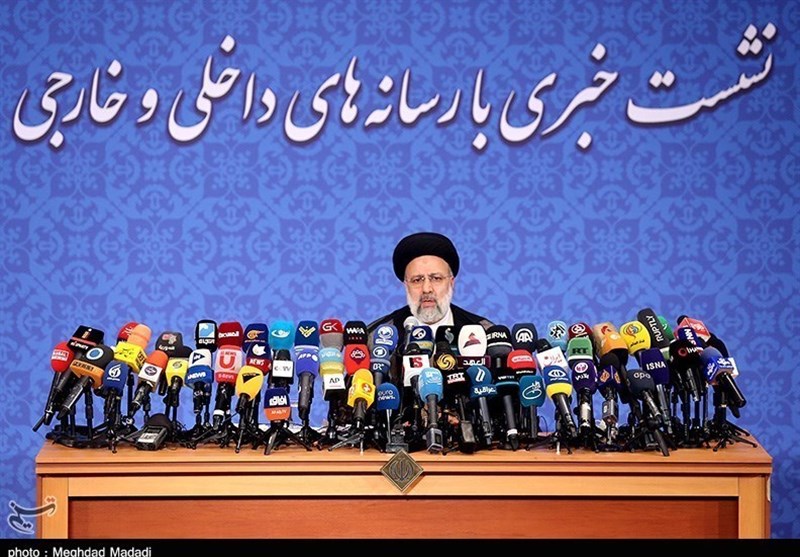 The Iranian president-elect also gave a firm negative answer when asked about the possibility of a meeting with the president of the US in future.

He further noted that one of his administration’s top priorities will be relations with neighboring states.

Ebrahim Raeisi, the incumbent Judiciary Chief of Iran, won the June 18 presidential election by a landslide.

Tokyo 2020: Iran Volleyball on Verge of Knocking Out