TEHRAN (Tasnim) – The Defense Ministry of Iran expressed readiness to assist Turkey in extinguishing multiple wildfires that are raging in southern parts of the neighboring country.

Commander of the Iranian Defense Ministry’s Aerial Firefighting Control and Logistical Support Center said on Friday that the Islamic Republic is prepared to assist neighboring Turkey in containing the wildfires.

According to the pilot, Mohammad Noori Al Aqa, the Iranian defense minister has issued an order to prepare a number of helicopters and a firefighting airplane to carry out operations in Turkey.

The Iranian firefighting aircraft are ready for deployment to Turkey and will be dispatched to the neighboring state for humanitarian purposes as soon as the necessary arrangements with the authorized organizations are made, he added. 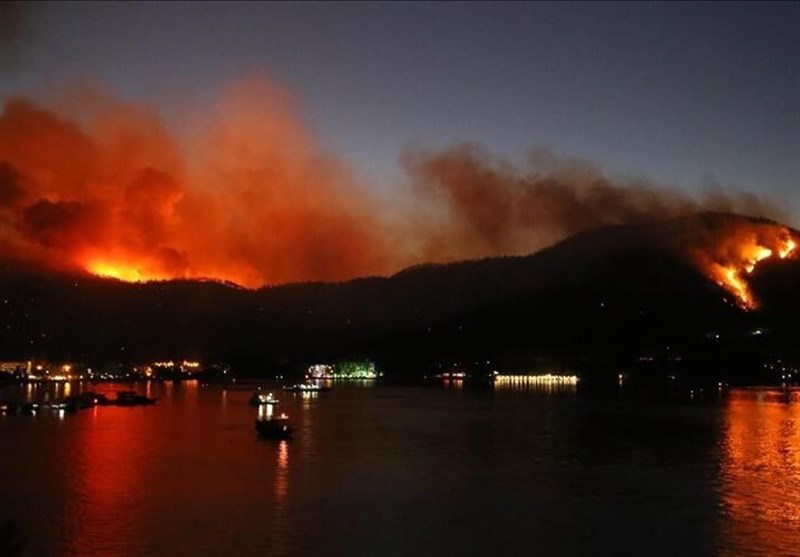 Strong winds have fanned multiple wildfires in southern Turkey, killing at least three people and sending many others to hospital as homes burned down in the blazes.

A wildfire that broke out on July 28 near the Mediterranean coastal resort town of Manavgat, in Antalya province, had largely been contained, but another fire that started early Thursday and swept through the district of Akseki kept firefighters engaged.

Of the wildfires, 36 have been contained, but firefighting efforts for the remaining 17 continue, with more than 140 people requiring treatment or suffering property damage.

Officials have said that more than 60 wildfires have erupted across 17 provinces on Turkey's Aegean and Mediterranean coasts this week, with the presidency vowing to hold to account those responsible for the "attacks".