TEHRAN (Tasnim) – Nasir al-Mulk Mosque is a construction with a marvelous architecture in the city of Shiraz in Fars province, which takes every viewer’s breath away with its play of light. The mosque is one of the architectural buildings of the Qajar period (1789-1925).

It was built by order of Mirza Hassan Ali Khan Nasir al-Mulk, the son of the rulers of Persia in the Qajar period. The area of ​​Nasir al-Mulk Mosque is 2,980 square meters. Nasir al-Mulk Mosque amazes visitors from the moment they enter with its dazzling tiling. The entrance porch of the mosque is full of seven-color Qajar tiles in blue, yellow, pink, azure, and white.

The glorious door of the facade has been made of wood. Above it, there is an inscription on the pieces of marble stone of a poem. Nasir al-Mulk Mosque enjoys two Shabestans (underground space that can be usually found in the traditional architecture of mosques), on the west and east side. In fact, the methods used in the decoration of the western Shabestan is the main reason for the population and reputation of this stunning attraction.

The inner part consists of a series of arches and vaults as well as two rows of six columns which divide the interior of the western Shabestan into smaller sections. This Shabestan is connected to the beautiful courtyard of the mosque by seven wooden gates. All of these doors are decorated with the art of Gereh Chini (Trelliswork) and pieces of colored glass. 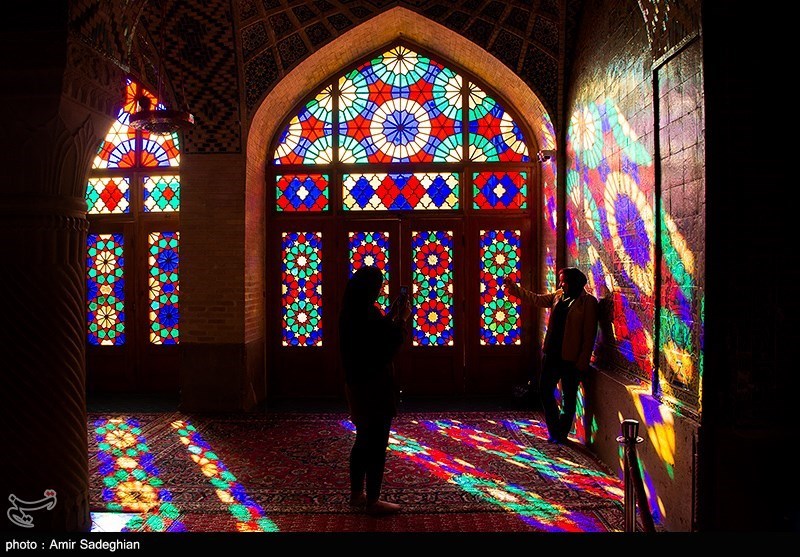 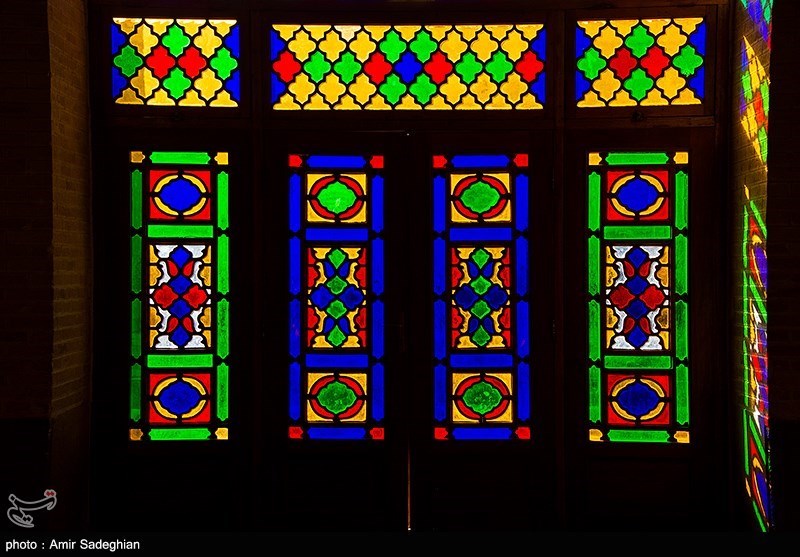 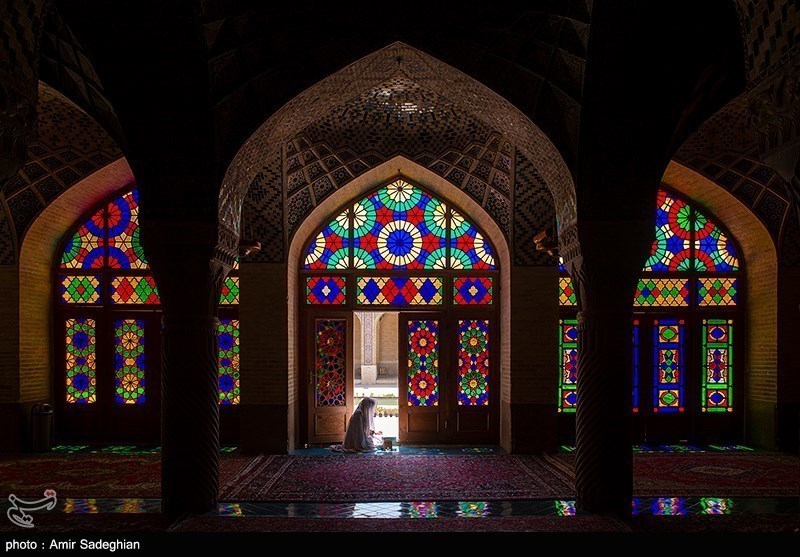 The beam of sunlight and the passage of light through colored glass by combining red, azure, yellow, orange, and green colors create the indescribable image in the interior of this Shabestan. This image blends with the brilliant art of stone carving, the magnificent art of colorful Qajar tiling and arches, lead to creating a dreamy atmosphere of Nasir al-Mulk Mosque in Shiraz. This space is considered the summer Shabestan and the eastern Shabestan was dedicated to a winter space of the mosque.

There is a shallow and wide pool in the middle of the courtyard which is one of the most beautiful frames for photographing this beautiful building when the image of goldfish in the heart of the blue pool and the reflection of wooden doors and colored glass in the water combines.

Nasir al-Mulk Mosque also has two north and south porches that are different from each other. The northern porch of the mosque is more beautiful than the southern one and has three half-arches on three sides, connected to the courtyard by the fourth half-arch. This building, also known as the Pink Mosque, is located in the Gowd-e Araban district of Shiraz, south of Lotfali Khan Zand Street, next to the Shah-Cheragh shrine. Due to its location inside the city, it is easy to access all welfare and accommodation centers. In the vicinity of this building, you can also visit Narenjestan Qavam and Jame Atiq Mosque. 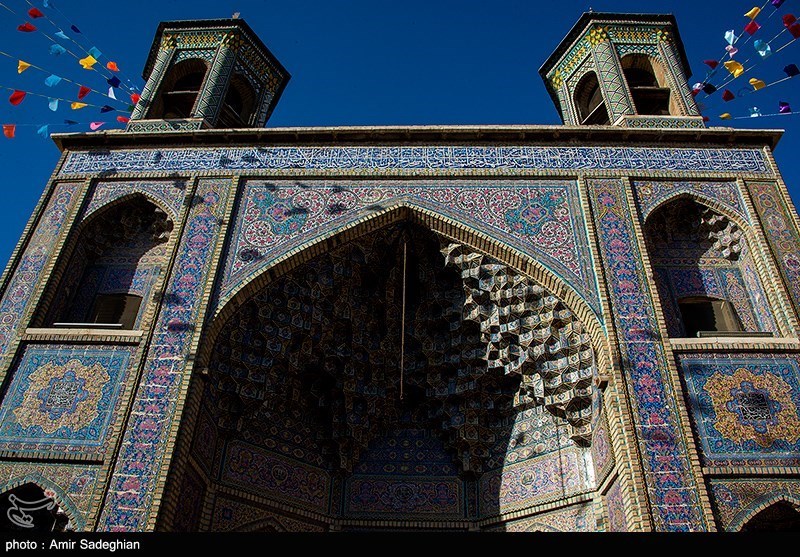 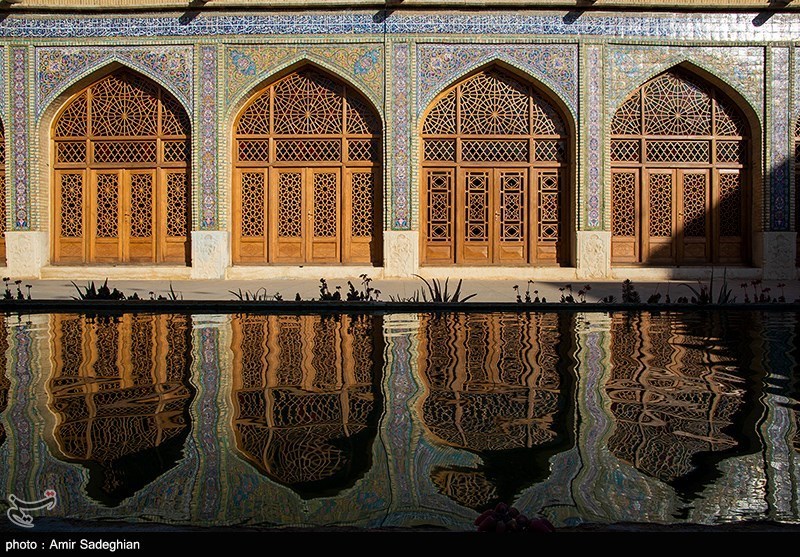 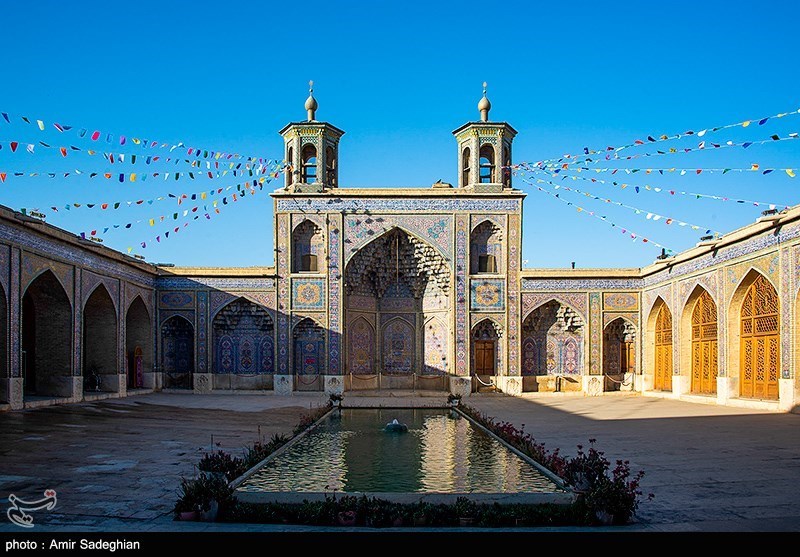 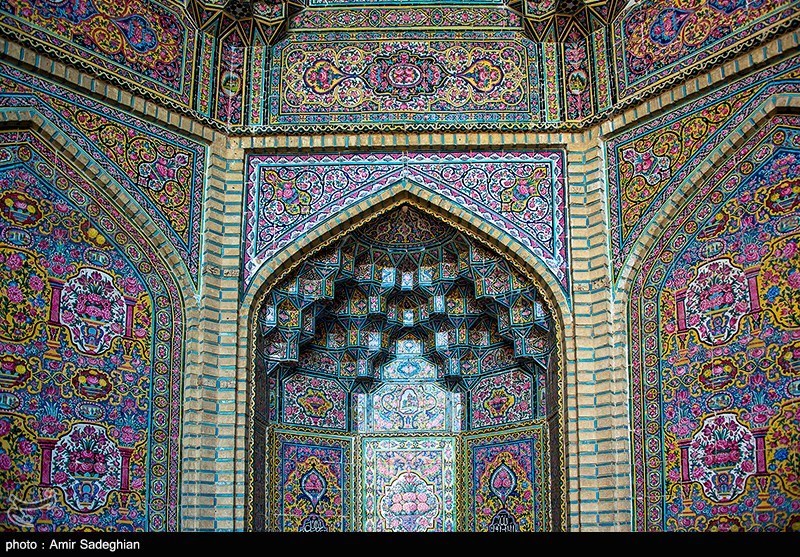 Grand Mosque of Isfahan: A Historical Site in Old Context of Iran

Grand Mosque of Isfahan: A Historical Site in Old Context of Iran

Pahlavanpur Garden: One of the Well-Known, Historical Orchards of Iran